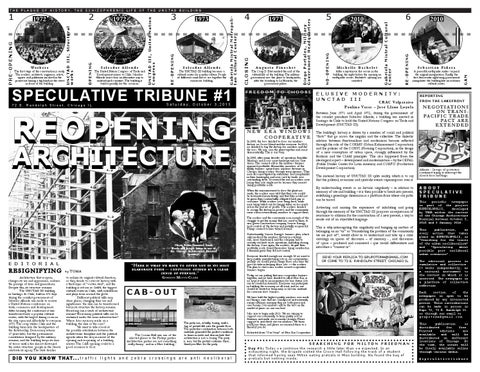 In 2008, the boss decided to close our windows factory on Goose Island and fire everyone. In 2012, we decided to buy the factory for ourselves and fire the boss. We now own the plant together and run it democratically. This is our story.

In 2008, after many decades of operation, Republic Windows and Doors went bankrupt and was shut down. This seemed odd as the windows business appeared profitable. Meanwhile, members of the family business opened new windows factories in Chicago, hiring workers through temp agencies. They were also investigated by authorities over irregularities in their bankruptcy and were sued by banks over outstanding debts. It seemed the reason workers were losing their jobs might not be because they weren’t doing profitable work.

The workers and the community won enough of this struggle to get the money that was owed to them. A new green construction company, Serious Energy, took control of the factory and partially reopened it. Things seemed to have turned around.

RESIGNIFYING Architecture that reopens, changes its use and appearance, endures the passage of time and generations. Despite this, its structure remains. The UNCTAD III building in Santiago de Chile, built in 275 days during the socialist government of Salvador Allende was made to receive a United Nations conference on trade, commerce and development. After housing the conference it was transformed into a popular cultural center, with the largest dining room in the city, open and affordable to everyone. 1973: The coup strikes Chile and the building turns into the headquarters of the dictatorship. Democracy returns 17 years later, but the government constitution designed by the military remains, and the building keeps its aura of terror until a fire almost destroyed the entire structure: people in the streets celebrate its agony. The state decides

“Here by TOMA to reclaim its original cultural function, so they decide to cover its history with a thick layer of “corten steel”, and the building is reborn as GAM, the biggest cultural center in Chile, with exhibitions and plays from around the globe. Different political wills may share places, changing their use and significance: the skin can be transformed but in its structure the history remains. How long can a work of architecture remain? How many political wills can be sustained under the same infrastructure? Where does memory reside on a building, the skin or the core? We want to take a look at the possible articulation between the architectonic discipline and the political agenda when the very moment of the opening and reopening of a building arrives. The CAB opening could be a good occasion to do it.

is what we have to offer you in its most elaborate form -- confusion guided by a clear sense of purpose .”

The Crown Hall was one of the selected places to the Fridays parties. Architecture parties are not something really funny... and in a Mies building...

Unfortunately, Serious Energy’s business plan, which only involved the windows factory in a tertiary role, never functioned, and the company had to severely cut back on its operations, including closing the factory. Once again, the workers, despite their profitable work, found themselves being sacrificed in a financial game they did not control. Everyone decided enough was enough. If we want to keep quality manufacturing jobs in our communities, perhaps we should put in charge those who have the most at stake in keeping those jobs — the workers. The plan to start a new worker owned cooperative business began. Today, we are putting that new cooperative business together, and we have decided to call it New Era, as we hope it will be an inspiration for how future jobs can be created in America. Everyone can participate in building the economy we all want, and no one should be treated as temporary or just raw material for someone else’s business.

The building’s history is driven by a number of social and political “facts” that go across the singular and the collective. The dialectic relation between functionalism and modernism became reflected through the role of the CORMU (Urban Enhancement Corporation) and the policies of the CORVI (Housing Corporation), in the design of a new conception of urban space, strongly influenced by the Bauhaus and the CIAM principles. This also happened from the ideological aspect – development and modernization – by the CEPAL (Public Studies Center for Latin America) and CORFO (Production Development Corporation). The material history of UNCTAD III splits reality, which is to say that the political, economic and symbolic events superimposes over it. By understanding events as an historic singularity – in relation to memory of site and building – it is then possible to break into present, redefining a genealogic dimension as a platform from where our paths can be traced. Activating and naming the experience of inhabiting and going through the memory of the UNCTAD III proposes an expression of resistance to oblivion for the construction of a new present, a way to reside out of an objectified language. This is why interrogating this singularity and bringing up matters of belonging on an “us” or “formulating the problem of the community we are part of ”, would allow us to understand and take up a critic ontology on spaces of discourse – of memory - , and discourses of space – produced and conceived – que would differentiate and introduce a “current us”. SEND YOUR REPLICA TO GRUPOTOMA@GMAIL.COM OR COME TO 72 E. RANDOLPH STREET, CHICAGO IL

ONLY THE UNITED STATES AND CHILE REMAIN INDEPENDENT. THE LAST TWO ECONOMIES OF THE EARTH, BOTH ON THE VERGE OF FISCAL AND SOCIAL COLLAPSE.

Sales aim to begin early 2013. We are striving to support our community, to keep quality jobs in America, and make our economy stronger. Please support us and check out our windows. We know you’ll love them, and please recommend them to a friend if you do. Extracted from “Our Story” of New Era Cooperative

SEARCHING FOR MILTON FRIEDMAN Day #1: Today we continue the research a little later than we expected. In an exhausting night, the brigade visited the Crown Hall following the track of a student that informed having seen Milton eating pretzels in Mies building. We found the bag of pretzels but nothing inside.

WHEN SUPERMAN CAME TO POWER, THE SOVIET UNION ALLIANCES WERE FRAGILE. TWO DECADES AFTER, THE WHOLE WORLD IS OUR ALLY.

We have built the highest quality windows ever made in Chicago, ones that are soundproof and extremely energy efficient, meaning they are both green and save money. Our windows will be the best on the market at prices no one can beat.

The party was, actually, boring, until a bag of pretzel fell onto the granite floor. The particular combination between both materials generated the perfect conditions to dance in circle and demonstrate that architecture is not so boring. The party is over, but the pretzel continues there... thank you Mies for the party.

Between June 1971 and April 1972, during the government of the socialist president Salvador Allende, a building was erected in Santiago de Chile to hold the United Nations Congress on Trade and Development (UNCTAD III).

When the announcement to close the plant was made, the workers were told that their jobs would be terminated immediately, and that they would not be given their contractually obligated back pay or severance. While workers were being fired, banks were being bailed out for having taken on too much risk in the pursuit of profits. The workers decided to occupy the factory in protest, and the community came out in extraordinary numbers to support them.

Mayor Rahm Emanuel, Sarah Herda and Joseph Grima in one of the Chicago Architectural Biennial openings.

Michelle Bachelet After a mysterious fire occurs in the building, the night before the opening an earthquake occurs. Bachelet’s opening was canceled.

Augusto Pinochet The Coup D´Etat marked the end of the cultural life of the building. The military government uses this place as headquarter, after the bombing to La Moneda, the government palace.

Salvador Allende The UNCTAD III building becomes a cultural center for popular culture. People of different social classes use together this enormous building.

Salvador Allende The United Nation Congress of Trade and Development arrives to Chile. Salvador Allende must show an alternative way to undeveloped countries. The building is build especially for this occasion.

Wo r ke r s The first stage of the construction is ready. The workers, architects, engineers, artists, signers and politicians involved in the project are having a big lunch in the street in front of the building.

REPORTING FROM THE LAKEFRONT

This periodic newspaper is part of the project ESPECULOPOLIS, developed by TOMA within the context of the Chicago Architecture Biennial between October 3, 2015 and 3 January 2016. This publication, as every action that takes place in ESPECULOPOLIS, is “Searching for the traces of the urban neoliberalism” and “Speculating about possible post neoliberal urban scenarios”. The editorial process is cumulative and collective. It works independently, as a critical instrument to the context in which it is inserted. The newspaper is a platform of collective reflection. Each section of the newspaper is open to be produced by any interested person. These contributions can be made in person in Expo 72, 72 E. Randolph St. or through our email to grupotoma@gmail.com This publication is distributed for free. Printed editions are available and will be distributed in different locations of Chicago. At the time, the issues will be freely available online through various media. #speculativetribune 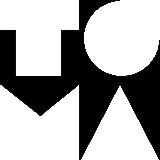