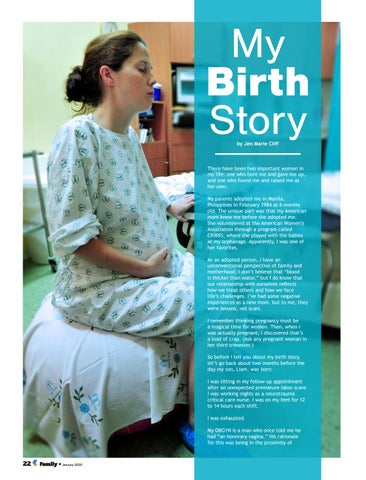 There have been two important women in my life: one who bore me and gave me up, and one who found me and raised me as her own. My parents adopted me in Manila, Philippines in February 1984 at 6 months old. The unique part was that my American mom knew me before she adopted me. She volunteered at the American Women’s Association through a program called CRIBBS, where she played with the babies at my orphanage. Apparently, I was one of her favorites. As an adopted person, I have an unconventional perspective of family and motherhood. I don’t believe that “blood is thicker than water,” but I do know that our relationship with ourselves reflects how we treat others and how we face life’s challenges. I’ve had some negative experiences as a new mom, but to me, they were lessons, not scars. I remember thinking pregnancy must be a magical time for women. Then, when I was actually pregnant, I discovered​t​ hat’s a load of crap. (Ask any pregnant woman in her third trimester.) So before I tell you about my birth story, let’s go back about two months before the day my son, Liam, was born: I was sitting in my follow-up appointment after an unexpected premature labor scare. I was working nights as a neurotrauma critical care nurse. I was on my feet for 12 to 14 hours each shift. I was exhausted. My OBGYN is a man who once told me he had “an honorary vagina.” His rationale for this was being in the proximity of