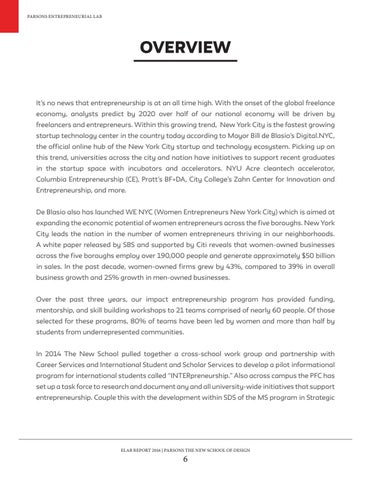 It’s no news that entrepreneurship is at an all time high. With the onset of the global freelance economy, analysts predict by 2020 over half of our national economy will be driven by freelancers and entrepreneurs. Within this growing trend, New York City is the fastest growing startup technology center in the country today according to Mayor Bill de Blasio’s Digital.NYC, the official online hub of the New York City startup and technology ecosystem. Picking up on this trend, universities across the city and nation have initiatives to support recent graduates in the startup space with incubators and accelerators. NYU Acre cleantech accelerator, Columbia Entrepreneurship (CE), Pratt’s BF+DA, City College’s Zahn Center for Innovation and Entrepreneurship, and more. De Blasio also has launched WE NYC (Women Entrepreneurs New York City) which is aimed at expanding the economic potential of women entrepreneurs across the five boroughs. New York City leads the nation in the number of women entrepreneurs thriving in our neighborhoods. A white paper released by SBS and supported by Citi reveals that women-owned businesses across the five boroughs employ over 190,000 people and generate approximately $50 billion in sales. In the past decade, women-owned firms grew by 43%, compared to 39% in overall business growth and 25% growth in men-owned businesses. Over the past three years, our impact entrepreneurship program has provided funding, mentorship, and skill building workshops to 21 teams comprised of nearly 60 people. Of those selected for these programs, 80% of teams have been led by women and more than half by students from underrepresented communities. In 2014 The New School pulled together a cross-school work group and partnership with Career Services and International Student and Scholar Services to develop a pilot informational program for international students called “INTERpreneurship.” Also across campus the PFC has set up a task force to research and document any and all university-wide initiatives that support entrepreneurship. Couple this with the development within SDS of the MS program in Strategic 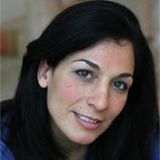