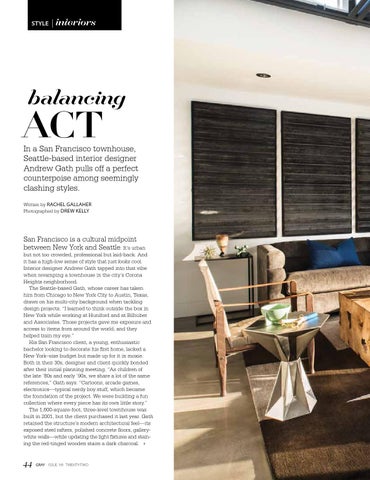 San Francisco is a cultural midpoint between New York and Seattle. It’s urban but not too crowded, professional but laid-back. And it has a high-low sense of style that just looks cool. Interior designer Andrew Gath tapped into that vibe when revamping a townhouse in the city’s Corona Heights neighborhood. The Seattle-based Gath, whose career has taken him from Chicago to New York City to Austin, Texas, draws on his multi-city background when tackling design projects. “I learned to think outside the box in New York while working at Huniford and at Bilhuber and Associates. Those projects gave me exposure and access to items from around the world, and they helped train my eye.” His San Francisco client, a young, enthusiastic bachelor looking to decorate his first home, lacked a New York–size budget but made up for it in moxie. Both in their 30s, designer and client quickly bonded after their initial planning meeting. “As children of the late ’80s and early ’90s, we share a lot of the same references,” Gath says. “Cartoons, arcade games, electronics—typical nerdy boy stuff, which became the foundation of the project. We were building a fun collection where every piece has its own little story.” The 1,600-square-foot, three-level townhouse was built in 2001, but the client purchased it last year. Gath retained the structure’s modern architectural feel—its exposed steel rafters, polished concrete floors, gallerywhite walls—while updating the light fixtures and staining the red-tinged wooden stairs a dark charcoal. » 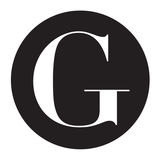