Novel Recommendation: Captured By The Dragon 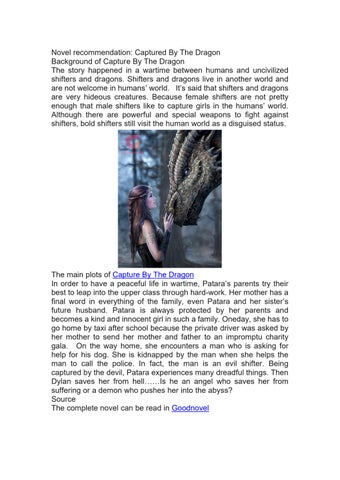 The main plots of Capture By The Dragon In order to have a peaceful life in wartime, Patara’s parents try their best to leap into the upper class through hard-work. Her mother has a final word in everything of the family, even Patara and her sister’s future husband. Patara is always protected by her parents and becomes a kind and innocent girl in such a family. Oneday, she has to go home by taxi after school because the private driver was asked by her mother to send her mother and father to an impromptu charity gala. On the way home, she encounters a man who is asking for help for his dog. She is kidnapped by the man when she helps the man to call the police. In fact, the man is an evil shifter. Being captured by the devil, Patara experiences many dreadful things. Then Dylan saves her from hell……Is he an angel who saves her from suffering or a demon who pushes her into the abyss? Source The complete novel can be read in Goodnovel

Novel Recommendation: Captured By The Dragon 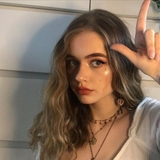