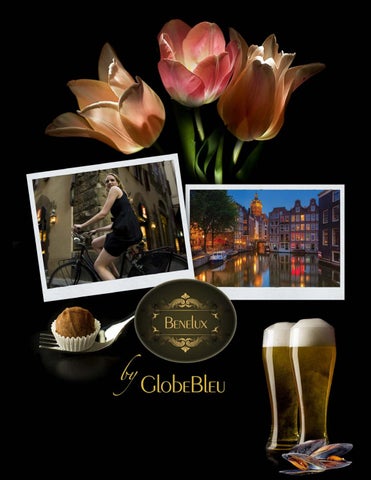 Brussels EUROPEAN CAPITAL Headquarters to the EU and NATO, Brussels boasts a mosaic of languages, cultures and traditions. It also hosts over 80 museums, numerous tourist attractions, a vibrant nightlife, and more restaurants than you could count. Shop in distinctive fashion boutiques, watch people from a street café while enjoying a Belgian beer, or pick up that hardto-find antique on the Sablon! Day 1 — Your driver will transfer you to your hotel, the Amigo, adjacent to one of the most beautiful squares in Europe, la Grand Place. Spend the rest of the day at leisure, exploring the city from this stylish and central base. Day 2 — Together with your guide you will see the main sights of Brussels: the Grand Place, the world famous Market Square, the Galeries St. Hubert, Cathedral of St. Michel, Ilôt Sacré, Manneken-Pis, the neo-classical Bourse and St. Gery area, and the Congress Column. You will pass the Royal Residence and see the Sablon district with countless antique dealer shops. Later see the magnificent Palace of Justice, the Great Synagogue and see the fashionable Louise Square. Passing the stately Royal Square, the Royal Palace and the Houses of Parliament arrive in the Cinquantenaire district – highlights here are the Triumphal Arch, exceptional museums and splendid Art Nouveau houses. Day 3 — Europe’s capital is host to a wealth of gourmet options, and today you can experience the country’s famed specialities, including Belgian beers (learn about over 500 types!), waffles, chocolate (over 2,000 chocolate shops throughout the country!), or Belgium’s iconic dish, moules-frites.

Antwerp DIAMONDS ARE A GIRL’S BEST FRIEND Most of the architectural highlights date from the 16th and the 17th centuries. The past is also represented by the numerous paintings of Peter Paul Rubens, who lived here in the early 17th century. Three major paintings of his may be seen in the Cathedral of our Lady, a Gothic masterpiece of lacework in stone. Day 1 — Arrive in Antwerp. Settle into the Hilton, combining old-world charm and stylish sophistication. The hotel overlooks the city’s historic town square and Belgium’s finest architecture. Day 2 — If diamonds really are a girl’s best friend, then a lot of ladies will not leave out a visit to the diamond district around the railway station. You will find synagogues, bookstores, restaurants, Kosher bakeries, and, of course, diamond shops. Start with a relaxing walk to the unique Market Square, surrounded by the mighty Renaissance Town Hall and numerous guilt houses. Enter the famous Cathedral of Our Lady, crowned with a unique Gothic steeple, the symbol of the City of Antwerp. We conclude our tour with a visit to a diamondcutting workshop and showroom.

do you want to say something here?

Bruges and Ghent Known as the Venice of the North because of its peaceful canals, Bruges is one of the best preserved cities in Europe and is on the UNESCO World Heritage list. Walking along the maze of winding cobbled alleys and romantic canals, you imagine yourself to be in medieval times. Ghent is a city filled with university students, cafes and wellpriced restaurants. Exuding a vibrant energy, it combines stellar historical medieval sights with the bustling character of a genuine, living city. Day 1 — Under the watchful eye of Gravensteen Castle, Ghent boasts an Opera House, 18 museums, 100 churches and over 400 historical buildings. The most visited site is the famous Saint Bavo Cathedral and its beautiful altarpiece. During a guided walk, you will also see the Belfry, a superb Gothic monument, and the Town Hall, a complex mix of architectural styles. Elegant facades from different historical periods are reflected in the Graslei and Korenlei rivers. From here you will head to Bruges, where you will stay the night at the Kempinski Hotel Dukes’ Palace. Day 2 — Start your day excursion with a walk through Bruges, a splendid medieval city and one of Belgium’s crown jewels. The town authorities have done their utmost to preserve its medieval character. See the major highlights of this beautiful city: the Church of Our Lady and the Statue by Michaelangelo, the Market Square with the Belfry, and the Town Hall Square with the Basilica of the Holy Blood. Stroll by the Lake of Love (Minnewater) and the peaceful Beguinage cloister. You can also take an optional cruise on the peaceful canals... Moreover, Bruges maintains the very highest culinary standards. The city boasts dozens of excellent restaurants, trendy lunch addresses, fun coffee bars and a local population famed for its love of the good life!

Luxembourg Grand Duchy Luxembourg City is a lively and bustling town, home to no less than 150 different nationalities. A real cultural platform, it abounds in venues for artistic expression, such as museums, theaters and concert halls. Day 1 — On the way from Brussels to Luxembourg you will stop in Dinant and the Chateau de Bouillon. The riverside town of Dinant sparkles along the Meuse River in the province of Namur. Must-sees here: The Citadel, which overlooks Dinant from atop a steep cliff. The current fortification was built during the Dutch occupation in the early 1800s. Another site is the Collegiate Church of Notre-Dame, the city’s landmark, rebuilt in Gothic style after falling rocks from an adjacent cliff partially destroyed the former Romanesque church in 1227. Bouillon is the most important and most attractive tourist center of the Semois Valley. Its fortified medieval castle, perfectly preserved, continues to watch over the town. It is one of the most ancient and interesting remains of feudalism in Belgium. Overhanging the Semois River, the castle is characterized by its numerous corridors and vaulted halls. You will also make a stop at the Brewery of Bouillon, where beer is brewed on the spot. The brewery sells over 300 different types of Belgian beers. Upon arriving in the capital, you will check into your hotel, the Sofitel Luxembourg Le Grand Ducal. Day 2 — Full-day tour of Luxembourg: nowhere else in Europe will you find such a mixture of ancient fortresses and contemporary architecture. Moreover, the Old City has long been part of the UNESCO World Heritage. High-tech buildings run alongside historic monuments, reflecting a rich tapestry of urban experience.

Amsterdam, Delft and the Hague What makes Amsterdam so attractive is the 17th century historical atmosphere combined with the mentality of a modern metropolis. The small scale of the buildings, and the intimacy of the streets, canals and squares, creates an atmosphere visitors find friendly and relaxed. The city has the highest museum density in the world. Highlights include the Van Gogh Museum, the Anne Frank House, the Hermitage Amsterdam and the Rijksmuseum (with Rembrandt’s world-famous “Night Watch”). Take a canal tour of Amsterdam and discover the historical district, which was added to the UNESCO World Heritage List in 2011. Day 1 — Stroll with your guide from your hotel, the Sofitel Amsterdam (part of the “Legend” collection), to the oldest part of the city, along ancient canals, beautiful houses and tall church towers… Pass Chinatown and visit the famous flea market… see the remains of the Jewish Quarter and see the floating flower market. After a short walk on the main shopping street you will see Dam Square with the Royal Palace right in the middle.

do you want to say something here

Day 2 — Today your guide will take you on a guided tour through the Rijksmuseum. The newly-renovated museum holds one of the largest collections of Rembrandt’s paintings in the world. There are numerous other famous paintings on exhibit such as paintings from Steen, Hals, Vermeer, Rubens, Avercamp and others. Just outside the Rijksmuseum you will board a historic Saloon Boat for a guided lunch cruise through the Amsterdam canals. You’ll end at the famous Anne Frank House. Her former hiding place is now a museum.

Day 3 — The name Delft is synonymous with porcelain, and this town is justifiably famous for the blue-and-white pottery that Italian immigrants began making here in the 1600’s. Delft flourished as the 17th century headquarters of the Dutch East India Company and was home to one of Holland’s greatest painters, Jan Vermeer. But the greatest attraction of Delft is the town itself, which is crammed with 17th and 18th century houses, streets that overlook canals, magnificent public buildings, outdoor markets, and a surprising number of museums. Day 4 —The Hague is one of the most extraordinary cities in Holland. Not just because it is home to so many international organizations, but also because of its location near the beautiful North Sea coast and many historical sights. This capital is known as “the city of peace and justice” and is called “the residence city” because of the many members of the Dutch royal family who live in its chic neighborhoods. With your guide you will also visit a cheese farm. For more than 100 years this farm has been specializing in Gouda cheese and traditional clog making! Enjoy a wooden-shoe-making demonstration and cheese tasting. 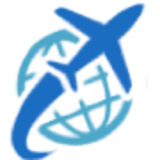