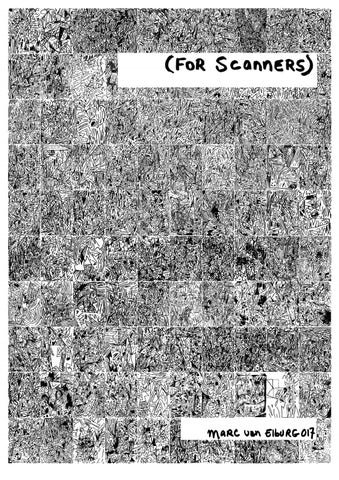 [start] The drawings in this zine are conceptualized as aspects of an ongoing process between two states of an event, and are presented more or less in the order they were created, starting with the oldest.

(This diagram is a simplification of a so-called ‘event structure’ or ‘event schema’. For more on this subject see (1)).

Theoretically, within this definition, drawing is an activity that never stops. But in practice, this process is bound by the limitations of the medium:

Instead of drawing on and on until the paper was completely filled with black ink, every drawing was withdrawn from the process more or less before the next movement of the pen could but overwrite part of any previous action. In other words; the process was cut-off before it erased parts of its own memory or history. And therefore, one way to understand these drawings is in terms of their temporal structure.

The line above represents the effect of drawing on the experience of the flow of time. The experience of the flow of time depends on the awareness of change during the event.(2) In this case, drawing is conceptualized as a continuous, ongoing activity. However, on a blank- unmarked paper, any line segment has the potential to radically change the overall dynamic structure of the drawing. Whereas, as drawing on paper progresses in time, the drawing gets more and more defined and its overall appearance increasingly fixed. As a consequence, the effect of the drawing process on the final state of the drawing decreases in time.

Early in the process on the left, significant change of the drawing as a whole occurs at a rate that is more or less proportional to the frequency of the movement of the arm. The straight line indicates how the act of drawing runs synchronously with the experience of the flow time. But as the process moves on towards the right, the difference between the pace of the action and the experience of the flow of time increases. The act of drawing continues at a steady rate, but because it causes less fundamental changes to the drawing as a whole, the length of the experienced timeline increases. That is, towards the second half of the process it appears as-if there is more time to think!

As soon as the first line touches the paper, every little movement of the arm affects the overall dynamic structure of the drawing. As a consequence, there is no time to deliberate. Therefore, at the start, the motor-program governing drawing runs more or less automatically, and choices about the location and direction of a line are dominated by reflexes. As the process unfolds towards the right, the unmarked space on the paper decreases and so does the opportunity to make fundamental changes to the final state of the drawing. Therefore there appears to be more time for controlled and well placed actions and calculate a best response to previous actions. On the left, processing is fast; this means that there is an inevitable trade-off with accuracy. The first lines are likely to be less accurately placed than those towards the end. This makes the final state of the drawing even less predictable. Initially, thinking and action are synthesized into a single movement. Whereas towards the right, more time is given to think about where and how to execute the next action and to determine how it might relate to the drawing as a whole. During the first movements, the process is iterative. It is a linear â&#x20AC;&#x2DC;open loopâ&#x20AC;&#x2122; process. There is no time for feedback and to make adjustments. Nor was there time for preparation, because drawing itself was already part of an ongoing process. (3) Towards the second half, the process becomes cyclic, there is time to reflect on actions, and to prepare a response that takes into account the drawing as a whole.

And finally: IF the arrow above represents objective time; then to the right towards the end of the trajectory, the process can be seen as operating on itself BACKWARDS IN TIME. This is something that is also inherent to the perception of the final state of the drawing, from which the exact order of events in time can no longer be derived. [end]

All in all, this text is just a general account of the basic structure of the process. For more on the different theories, instructions and concepts behind these drawings see previous issues of this series. (4) 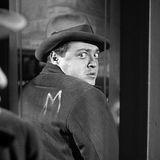