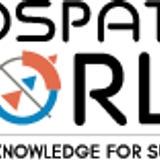 from Red Alert
by Geospatial Media

Reinventing Economics for the Age of Autonomy

It’s the economy stupid! James Carville, Bill Clinton’s strategist during the 1992 presidential election campaign coined this memorable phrase that has gone down to succinctly epitomize how economics is at the core of everything from politics to consumer behavior to social issues. Perhaps we need a similar catchphrase to highlight the centrality of exploding population when it comes to tackling with ecological issues? In his path breaking and thought-provoking new book, ‘A Planet of 3 Billions’, Dr. Christopher Tucker, challenges long-held economic assumptions about population being intrinsic to economic growth and stability, and calls for reinventing economics for the age of autonomy, guided by sustainability and resilience.

With the premise that the Earth has far exceeded its ‘carrying capacity’ and is ecologically overburdened by increasing population, the book geographically maps the destruction of ecology over thousands of years. It highlights the intersectional relationship between population explosion, technological innovations, sociological changes, and ecological depletion.

The earth’s population grew at a glacial pace for more than 200, 000 years and reached 170 million around 1CE. It was only in the 1800s that human population touched 1 billion for the first time. Dr. Tucker presents a meticulous analysis, backed by empirical data, scientific research and rigorous interdisciplinary approach to conclude that we reached our peak population capacity in 1950 – when the global population was three billion.

He vigorously argues that population is at the heart of the ongoing divisive debate on climate change, which can be made more inclusive only when we reach a consensus that there could be no solution without addressing the population problem. If we unravel the enigma of global warming and climate change, it becomes clear that it is ‘only 1/10th of the larger human footprint that is undermining the carrying capacity of our planet’.

Breakneck scientific, technological and agricultural advancements after the First Industrial Revolution, and further accelerated after the Second World War, led to massive urbanization, increase in longevity, and reduction in diseases and increase in living standard that led to rapid population explosion. The book establishes a direct correlation between increasing population and industrialization, urbanization, mechanization of agriculture and mass production of ammonia that lead to proliferation of fertilizers.

One of the reasons, Dr. Tucker explains, why ecological thinking is not inherent to our economic thinking and policy making, is because the raging 19 th century debates between Adam Smith, David Ricardo and Robert Malthus that shaped the modern capitalistic economic thinking, never took ecological toll as a consequence and the issue of waste generation into account.

It was not entirely their fault because the concept of economy predates the concept of ‘nature’ and ‘ecology’ – invented by Alexander Von Humboldt in the early 19th century and Sir Arthur George Tansley in the early 20th century respectively. This is one of the reasons why we must reimagine economics, as core Neo-Classical assumptions are woefully underequipped to prepare a roadmap for climate change mitigation in the era underpinned by technological convergence. The Fourth Industrial revolution should be viewed as a Schumpeterian ‘Creative Destruction’ and not as a continuum of steady progression of technological advancements in a Neo-Ricardian framework. This more than anything prioritizes the need for a new way of economic thinking and asking aloud the population question.

The book goes on a voyage of thousands of years, charts havoc wreaked by human habitation, and impels us to refresh our thinking and alter our modus operandi if we are to save the planet. What’s more – it doesn’t stop at merely diagnosing the ailments, but also provides remedial solutions in the form of a ‘cookbook’: women empowerment, smart cities, ecosphere reclamation, efficient waste management, new vocabulary of ‘growth’, reformed geo-engineering, and modernized land usage.

This story is from:
Red Alert
by Geospatial Media