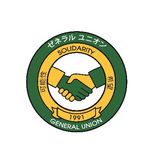 The General Union is a legally registered labour/trade union, part of the Japanese labour union movement, and we are open to workers of any category or nationality. Since it was founded in 1991, our union has established a solid reputation for protecting its members' rights and improving their working conditions. We are workers like you who have joined together to protect our livelihoods and rights as workers. As a union, we are able to provide our members advice on workplace issues, and we actively help our members to organize and negotiate in their workplaces. The General Union is part of a national private sector trade union known as the National Union of General Workers (Zenkoku-Ippan). We belong to a confederation known as Zenrokyo (National Trade Union Council).