Analia Saban: Line to Thread to Wire to Cable to Line 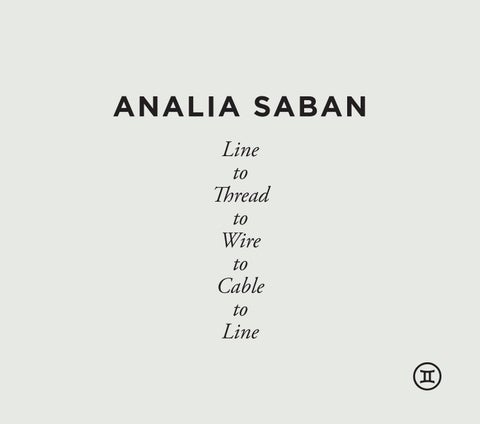 ANALIA SABAN Line to Thread to Wire to Cable to Line

of Analia Saban’s new body of work, Line to Thread to Wire to Cable to Line, is a shapeshifter. The language mirrors Saban’s process, in which things are never really static or beholden to one mode of being. Objects, materials, and tools become fluid propositions, containers for inquiry. Physicality—this thing that we often assume is immutable—becomes malleable. Saban has continually bent things that should be rigid and made soft things that should be hard. In this alchemy, a type of personification occurs—paint is given the weight and heft of a sagging belly, linen drapes like a couture gown, and concrete wrinkles like sun-worn crow’s feet. EVEN THE TITLE

Saban has been working in a similar way with circuit boards for years, interested in something more profound than their functionality alone. An all-pervasive presence, technology infiltrates every aspect of our lived reality: how we work, communicate, find love, and learn new information. Often modeled after the complexities of the human brain, the tech we use is in fact changing the synapses of our brains—a kind of ouroboros loop or hall of mirrors. Consider an emotional text message to a loved one wherein your body feels the aﬀective haptics despite the means of communication involving only a lifelessness string of technological cues. This is the humanness that passes, is passing, through our technology every millisecond. The circuit board is a rigid container through which our manic energy flies. In past works, Saban has delved into circuitry’s history, honing in on notable technologies and early uses, such as the Texas

Instrument calculator from 1974, which contained the first high-volume commercial microcontroller. But for the new Circuit Board series produced at Gemini, Saban has stepped into the role of inventor. Rather than rely on previous designs, she has created her own circuit board-inspired graphics in Illustrator, playing with familiar lines and systems in order to invent new fictional pathways. Not bogged down by functionality or use, Saban thwarts the language of the circuit board into fantasy and abstraction. There is so much “aura and high design in something as mundane as a circuit board,” Saban explains. With these new works, she becomes the architect, the arbiter of high design, while also jamming the system, creating useless mazes that poke fun at the apparatuses that they dually revere. Working with Gemini’s master printer, Case Hudson, Saban etched each of her invented circuit board patterns (six in all) onto copper plates. Then, with a handheld Dremel, she sought to embody electricity’s dynamism, carving directly onto each copper plate with the rotary tool, connecting her fictional transistors and inductors with jumpy, hand-carved lines. The Dremel, powered itself by circuitry and pulsing electricity, resisted the copper’s rigid materiality, attempting to find its own path. In some places, Saban forced a tightened grip on the tool, firmly pressing down to control certain fine details (like the delicate woven pattern in Circuit Board #4, where she impossibly attempted to carve straight gridded lines). Yet, in other places, lines move in broad shallow curves—moments where, through some kind of divination, she let the tool dance across the copper, her mark-making a communion between

tool, surface, electricity, and pressure. Saban’s process teeters between a manipulation of, and collaboration with, the flowing energy of her tool—she recalls letting “the Dremel walk” in certain areas, inviting its jerking, almost mystical animism.

lift, leaving behind their embossed shadow while settling in new random configurations. These prints are alive, and Saban welcomes the collaboration of unseen forces like gravity or moisture, allowing the fabric its own agency.

For a second series, Transcending Grids, Saban worked with Hudson to create chine collé prints using squares of fine linen—a material that over the years Saban has dissected, filled with engorged paint, and pulled apart thread by thread. Typically, when printing using the chine collé process, a thin piece of paper is pressed underneath the printing plate to demarcate the embossed area and accept the printed image. Instead, Saban subs in linen—with its own tight grid of perpendicular warp and weft—to act as a base for another printed grid, this one hand drawn by Saban in wavering imperfect lines. The printed grid which layers on top of the fabric ground is printed in delicate primary colors. Here, as in Circuit Boards, a rigid structure is met with the looseness of the hand. The two grids (one embodied in the linen’s regimented weave, the other drawn and printed) seem to both contradict and marry with each other as your eye traces their pathways across each print. Errant threads on the edges of each linen square have been teased out, and fray poignantly like little electrical spasms. Given the grace to break the rigid confines of the grid, they charge their own idiosyncratic paths, like Saban’s Dremel dancing across its copper surface. The transcendence here is manifold—each grid simultaneously creates and breaks its own prescribed regulation. Poetically, some of the loose threads (which have been pressed into the paper under the pressure of the printing press) slowly begin to

The final work in the series, Pressed Linen Canvas (Square) takes a visual departure. Rather than using the linen square as a ground for a print, the canvas itself becomes the printing plate. With only the bottom half of the square adhered to the paper, the linen runs through the press, embossing its form onto the paper below. When framed and hung, the top half of the linen flaps down onto itself, gracefully bowing to reveal the subtle gridded pattern its weave has embedded into the paper. Always pushing on the boundaries and confines of her processes, for this work Saban eliminates a vital component of printmaking—ink—and instead creates an image using only material and pressure. There are limitations to the medium of printmaking (what a press can do, the scale it can print at, the amount of pressure it applies, the conditions of the paper and ink), and Saban uses these constraints like a gymnast’s floor, performing impossible backflips within the borders, but always landing just inches within the white line. The variables at hand—ink, paper, press, and plate—become open channels for Saban’s divination, pushing against their borders to creating a lyric dance, an electrical animation of the unseen.

spent two weeks, almost on a daily basis, shuttling images and proofs between her studio here in Los Angeles and our etching studio. She worked on the two distinct series – Circuit Boards and Transcending Grids – simultaneously; it WORKSHOP NOTES

was clear that the creative impulse that sparked one series

was influencing the other.

We proofed both projects immediately but printing the editions was delayed for a number of reasons, not the least of which was two long work-stoppages due to COVID-19. In the end, the editioning on Circuit Boards occurred during the months of September to November 2020, and Transcending Grids were editioned February through April 2021. The imagery for Circuit Boards began with lines drawn by Analia on the computer, which were then etched into the copper plate using a photopolymer resist. Analia added to the imagery using an electric handheld Dremel tool. At times she carefully guided the Dremel and at other times allowed it to move more freely. The depth of the lines carved into the copper plate varied because of the use of different tips on the Dremel as well as the application of a hard ground on the plate. Once etched, the appearance of

the hand drawn lines strengthened and gained the desired

ink – it was simply a matter of applying wheat-starch paste

intensity and compatibility with the line work drawn on the

to the bottom half of the fabric, laying the entire square flat

computer. Analia wanted a soft gray tone behind the line

over a dampened sheet of paper, and putting it through the

imagery, and rather than simply leaving ink tone on the line

press. The fabric is permitted to gently fold over, releasing

plate, we made a lightly aquatinted plate. Printed on sheets

the unglued half and leaving behind the ghostly imprint of

the fabric’s texture and rectangular composition.

was run through the press first, followed by the line work plate which was swapped onto the press bed and printed.

I wish to express my gratitude to Analia for the privilege of working with her, and also to my fellow printers Amy

For Transcending Grids,, in addition to blacks and whites, she

chose to print variations of the series in red, blue and yellow.

Beausang and Brittany Fields, without whom this project

would not have been possible.

the visible grid pattern – one plate for two of the editions printed on 22 ½ x 21 ½ inch Somerset paper and another plate for the five smaller, roughly 18 X 18 inch prints. For all seven editions, a linen square was chine colleéd simultaneously as the inked line plate was printed on both the cloth and paper. In the RTP, Analia established the goal of what she wanted to achieve for the interaction of the linen threads and the paper, but she left it to us to fray the edges of the cut linen squares utilized in the edition. That individuality, along with the press randomly embossing the threads into the paper, resulted in slightly unique impressions. The final work in this series, Pressed Linen Canvas (Square), involved neither plate nor

Analia Saban: Line to Thread to Wire to Cable to Line

Gemini G.E.L. at Joni Moisant Weyl is pleased to announce the exhibition "Line to Thread to Wire to Cable to Line," fourteen new prints by Analia Saban. Opening October 5th, 2021, the works will be on view through November 24th 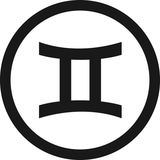