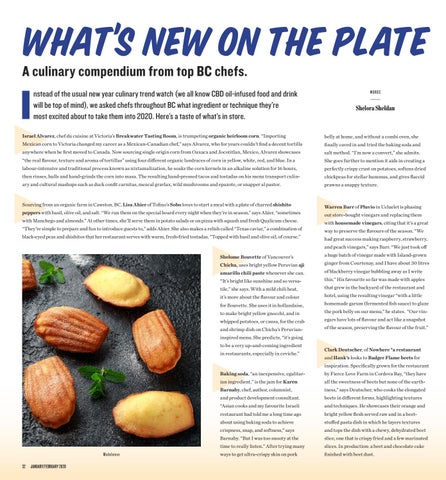 What’s New on the Plate I A culinary compendium from top BC chefs.

nstead of the usual new year culinary trend watch (we all know CBD oil-infused food and drink will be top of mind), we asked chefs throughout BC what ingredient or technique they’re most excited about to take them into 2020. Here’s a taste of what’s in store.

Israel Alvarez, chef du cuisine at Victoria’s Breakwater Tasting Room, is trumpeting organic heirloom corn. “Importing Mexican corn to Victoria changed my career as a Mexican-Canadian chef,” says Alvarez, who for years couldn’t find a decent tortilla anywhere when he first moved to Canada. Now sourcing single origin corn from Oaxaca and Jocotitlan, Mexico, Alvarez showcases “the real flavour, texture and aroma of tortillas” using four different organic landraces of corn in yellow, white, red, and blue. In a labour-intensive and traditional process known as nixtamalization, he soaks the corn kernels in an alkaline solution for 16 hours, then rinses, hulls and hand-grinds the corn into masa. The resulting hand-pressed tacos and tostadas on his menu transport culinary and cultural mashups such as duck confit carnitas, mezcal gravlax, wild mushrooms and epazote, or snapper al pastor.

belly at home, and without a combi oven, she

finally caved in and tried the baking soda and salt method. “I’m now a convert,” she admits. She goes further to mention it aids in creating a perfectly crispy crust on potatoes, softens dried chickpeas for stellar hummus, and gives flaccid prawns a snappy texture.

Sourcing from an organic farm in Cawston, BC, Lisa Ahier of Tofino’s Sobo loves to start a meal with a plate of charred shishito

peppers with basil, olive oil, and salt. “We run them on the special board every night when they’re in season,” says Ahier, “sometimes with Manchego and almonds.” At other times, she’ll serve them in potato salads or on pizza with squash and fresh Qualicum cheese.

“They’re simple to prepare and fun to introduce guests to,” adds Ahier. She also makes a relish called “Texas caviar,” a combination of black-eyed peas and shishitos that her restaurant serves with warm, fresh-fried tostadas. “Topped with basil and olive oil, of course.”

Warren Barr of Pluvio in Ucluelet is phasing out store-bought vinegars and replacing them with housemade vinegars, citing that it’s a great

way to preserve the flavours of the season. “We had great success making raspberry, strawberry, and peach vinegars,” says Barr. “We just took off

amarillo chili paste whenever she can. “It’s bright like sunshine and so versatile,” she says. With a mild chili heat,

it’s more about the flavour and colour

for Bouvette. She uses it in hollandaise, to make bright yellow gnocchi, and in

whipped potatoes, or causa, for the crab and shrimp dish on Chicha’s Peruvian-

a huge batch of vinegar made with Island-grown ginger from Courtenay, and I have about 30 litres of blackberry vinegar bubbling away as I write this.” His favourite so far was made with apples that grew in the backyard of the restaurant and hotel, using the resulting vinegar “with a little homemade garum (fermented fish sauce) to glaze the pork belly on our menu,” he states. “Our vinegars have lots of flavour and act like a snapshot of the season, preserving the flavour of the fruit.”

inspired menu. She predicts, “it’s going to be a very up-and-coming ingredient in restaurants, especially in ceviche.”

Clark Deutscher, of Nowhere *a restaurant and Hank’s looks to Badger Flame beets for inspiration. Specifically grown for the restaurant

by Fierce Love Farm in Cordova Bay, “they have

ian ingredient,” is the jam for Karen

all the sweetness of beets but none of the earth-

“Asian cooks and my favourite Israeli

and techniques. He showcases their orange and

restaurant had told me a long time ago

bright yellow flesh served raw and in a beet-

about using baking soda to achieve

stuffed pasta dish in which he layers textures

and tops the dish with a chewy, dehydrated beet

Barnaby. “But I was too snooty at the

slice, one that is crispy fried and a few marinated

time to really listen.” After trying many

slices. In production: a beet and chocolate cake

ways to get ultra-crispy skin on pork

EAT celebrates the food, drink, and culture of British Columbia. 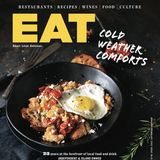 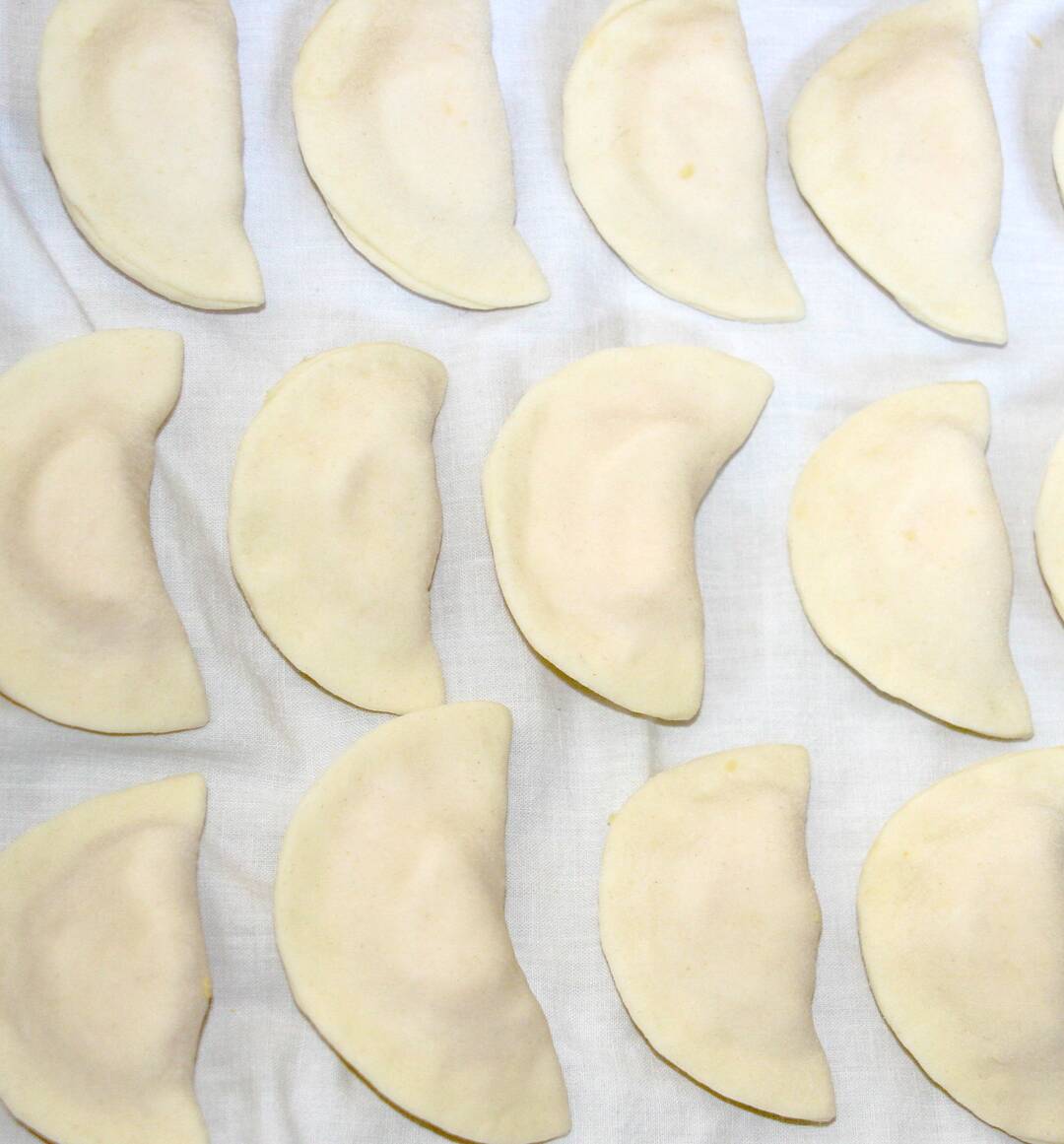 The secret to pinching perfect perogies. 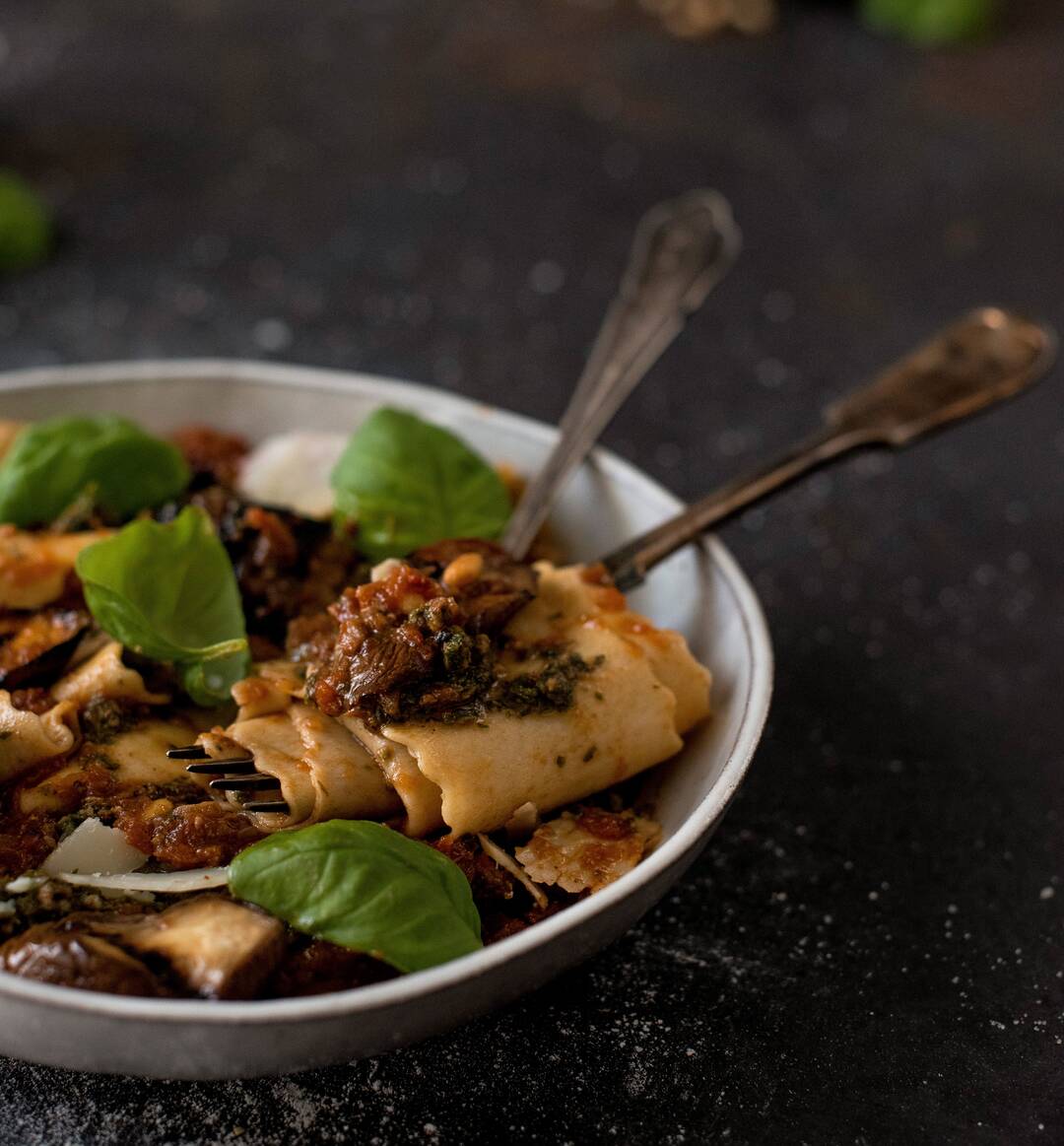 A little smoke, a little spice and a great use for a typical throw-away green 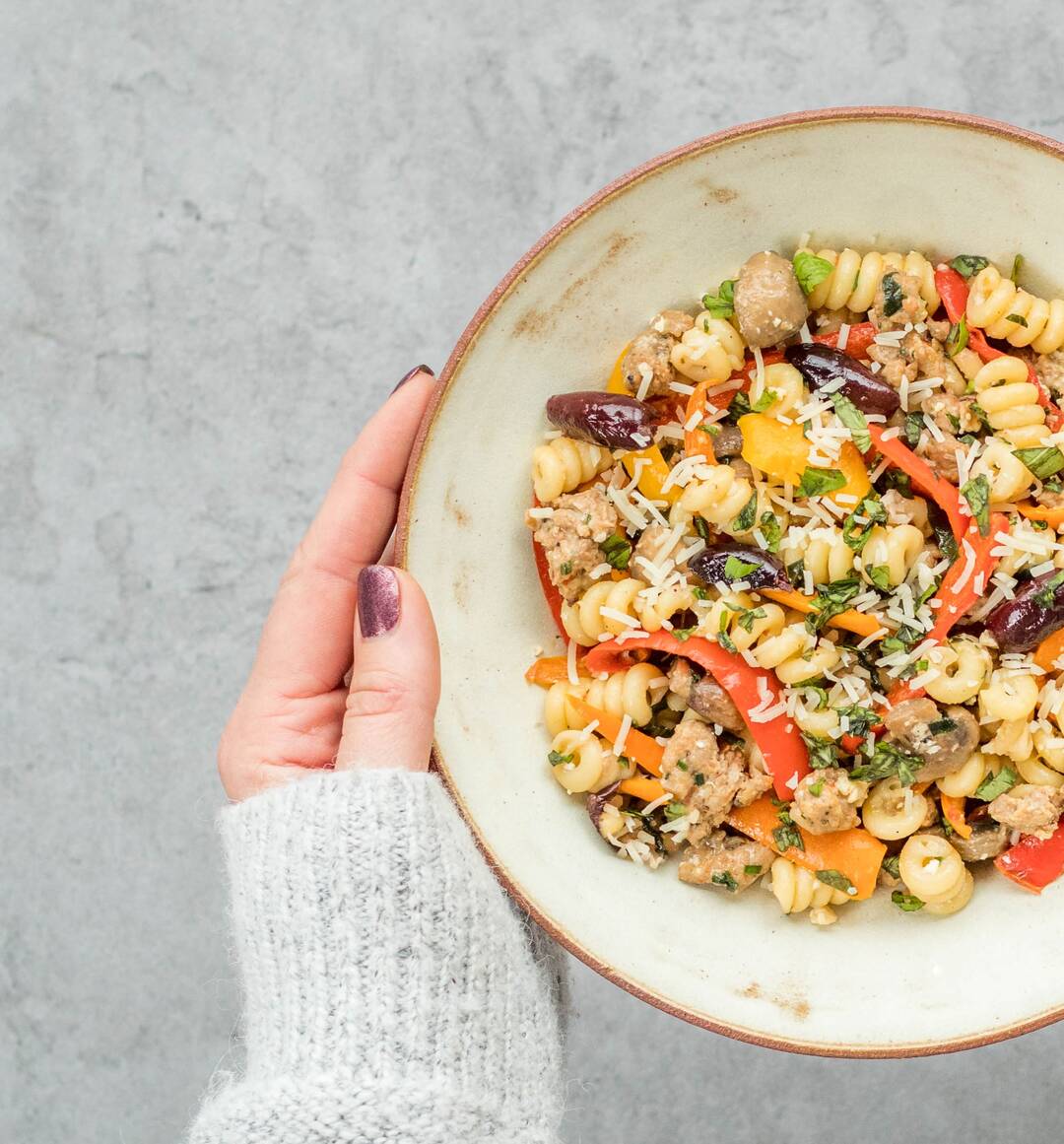 A quick and satisfying pasta dish to warm both hearts and bellies. 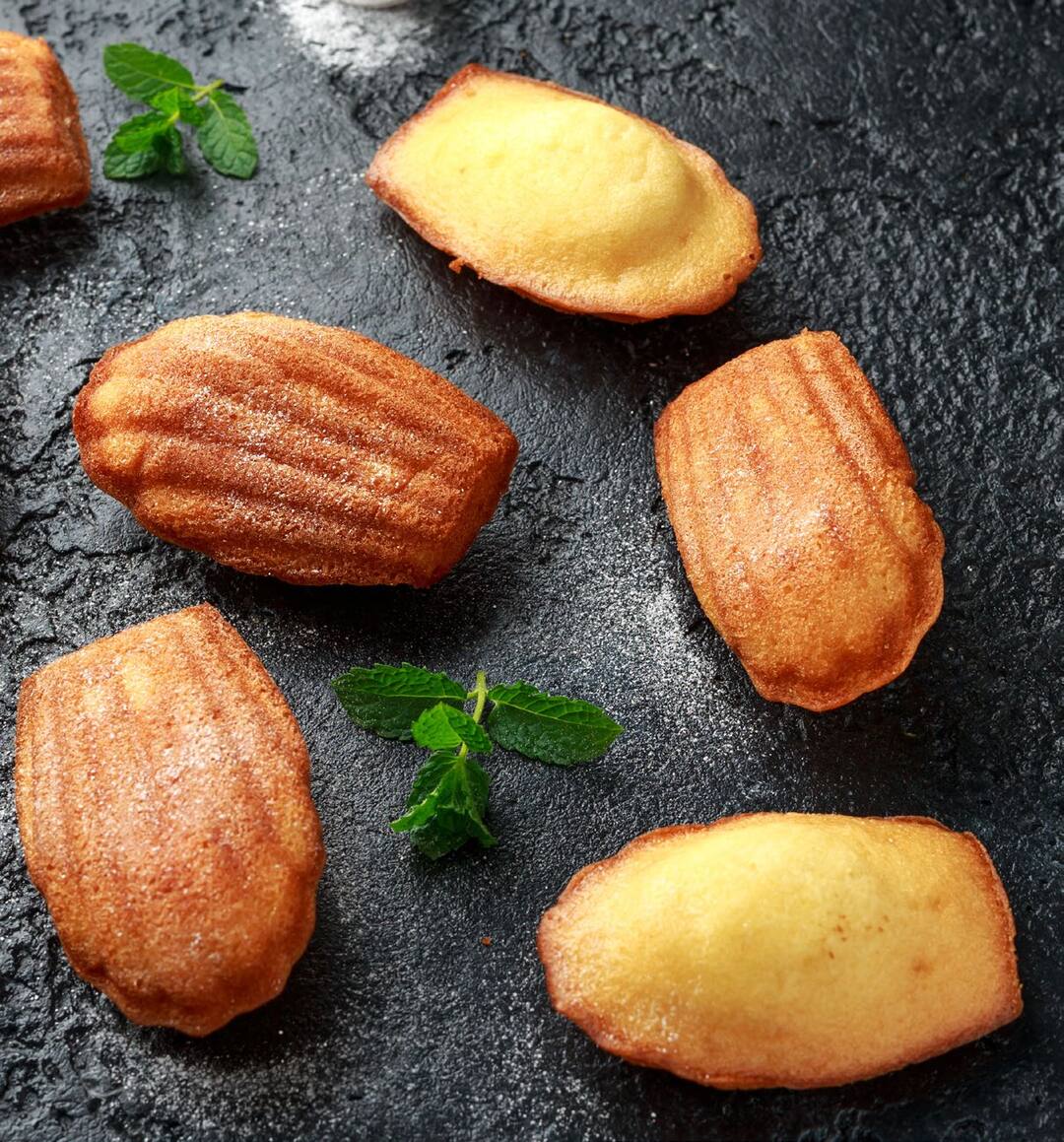 We asked chefs throughout BC what ingredient or technique they’re most excited about to take them into 2020. Here’s a taste of what’s in store.