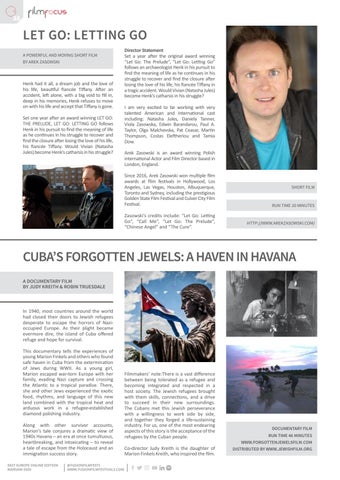 Henk had it all, a dream job and the love of his life, beautiful fiancée Tiffany. After an accident, left alone, with a big void to fill in, deep in his memories, Henk refuses to move on with his life and accept that Tiffany is gone. Set one year after an award winning LET GO: THE PRELUDE, LET GO: LETTING GO follows Henk in his pursuit to find the meaning of life as he continues in his struggle to recover and find the closure after losing the love of his life, his fiancée Tiffany. Would Vivian (Natasha Jules) become Henk’s catharsis in his struggle?

Director Statement Set a year after the original award winning “Let Go: The Prelude”, “Let Go: Letting Go” follows an archaeologist Henk in his pursuit to find the meaning of life as he continues in his struggle to recover and find the closure after losing the love of his life, his fiancée Tiffany in a tragic accident. Would Vivian (Natasha Jules) become Henk’s catharsis in his struggle? I am very excited to be working with very talented American and international cast including: Natasha Jules, Daniela Tanner, Viola Zasowska, Edwin Barandarou, Paul A. Taylor, Olga Malchevska, Pat Ceasar, Martin Thompson, Costas Eleftheriou and Tamia Dow. Arek Zasowski is an award winning Polish international Actor and Film Director based in London, England. Since 2016, Arek Zasowski won multiple film awards at film festivals in Hollywood, Los Angeles, Las Vegas, Houston, Albuquerque, Toronto and Sydney, including the prestigious Golden State Film Festival and Culver City Film Festival. Zasowski’s credits include: “Let Go: Letting Go”, “Call Me”, “Let Go: The Prelude”, “Chinese Angel” and “The Cure”.

In 1940, most countries around the world had closed their doors to Jewish refugees desperate to escape the horrors of Nazioccupied Europe. As their plight became evermore dire, the island of Cuba offered refuge and hope for survival. This documentary tells the experiences of young Marion Finkels and others who found safe haven in Cuba from the extermination of Jews during WWII. As a young girl, Marion escaped war-torn Europe with her family, evading Nazi capture and crossing the Atlantic to a tropical paradise. There, she and other Jews experienced the exotic food, rhythms, and language of this new land combined with the tropical heat and arduous work in a refugee-established diamond polishing industry. Along with other survivor accounts, Marion’s tale conjures a dramatic view of 1940s Havana – an era at once tumultuous, heartbreaking, and intoxicating – to reveal a tale of escape from the Holocaust and an immigration success story. EAST EUROPE ONLINE EDITION WARSAW 2020

Filmmakers’ note:There is a vast difference between being tolerated as a refugee and becoming integrated and respected in a host society. The Jewish refugees brought with them skills, connections, and a drive to succeed in their new surroundings. The Cubans met this Jewish perseverance with a willingness to work side by side, and together they forged a life-sustaining industry. For us, one of the most endearing aspects of this story is the acceptance of the refugees by the Cuban people. Co-director Judy Kreith is the daughter of Marion Finkels Kreith, who inspired the film.

Warsaw Edition | 2020 | Open to the public | Join us for a wonderful week of Free independent films, Industry Expertise and Networking. fusionfilmfestivals.com 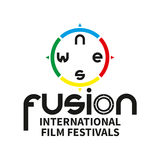