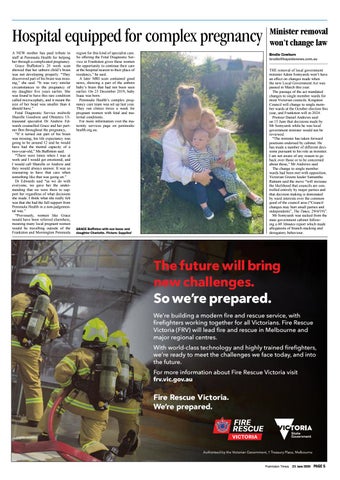 Hospital equipped for complex pregnancy A NEW mother has paid tribute to staff at Peninsula Health for helping her through a complicated pregnancy. Grace Buffinton’s 20 week scan showed that her unborn child’s brain was not developing properly. “They discovered part of his brain was missing,” she said. “It was very similar circumstances to the pregnancy of my daughter five years earlier. She was found to have this rare condition called microcephaly, and it meant the size of her head was smaller than it should have.” Fetal Diagnostic Service midwife Sharelle Goodwin and Obstetric Ultrasound specialist Dr Andrew Edwards counselled Grace and her partner Ben throughout the pregnancy, “If it turned out part of his brain was missing, his life expectancy was going to be around 12 and he would have had the mental capacity of a two-year-old,” Ms Buffinton said. “There were times when I was at work and I would get emotional, and I would call Sharelle or Andrew and they would always answer. It was so reassuring to have that care when something like that was going on.” Dr Edwards said “as we do with everyone, we gave her the understanding that we were there to support her regardless of what decisions she made. I think what she really felt was that she had the full support from Peninsula Health in a non-judgemental way.” “Previously, women like Grace would have been referred elsewhere, meaning many local pregnant women would be travelling outside of the Frankston and Mornington Peninsula

region for this kind of specialist care. So offering the Fetal Diagnostic Service in Frankston gives these women the opportunity to continue their care at the hospital nearest to their place of residency,” he said. A later MRI scan contained good news, showing a part of the unborn baby’s brain that had not been seen earlier. On 23 December 2019, baby Isaac was born. Peninsula Health’s complex pregnancy care team was set up last year. They run clinics twice a week for pregnant women with fetal and maternal conditions. For more information visit the maternity services page on peninsulahealth.org.au.

Minister removal won’t change law Brodie Cowburn brodie@baysidenews.com.au THE removal of local government minister Adem Somyurek won’t have an effect on changes made when the new Local Government Act was passed in March this year. The passage of the act mandated changes to single member wards for most Victorian councils. Kingston Council will change to single member wards at the October election this year, and Frankston will in 2024. Premier Daniel Andrews said on 15 June that decisions made by Mr Somyurek while he was local government minister would not be reviewed. “The minister has taken forward positions endorsed by cabinet. He has made a number of different decisions pursuant to his role as minister. I am not aware of any reason to go back over those or to be concerned about those,” Mr Andrews said. The change to single member wards had been met with opposition. Victorian Greens leader Samantha Ratnam said the move “will increase the likelihood that councils are controlled entirely by major parties and that decision making is dominated by ward interests over the common good of the council area (“Council changes may hurt small parties and independents”, The Times, 29/4/19)”. Mr Somyurek was sacked from the state government cabinet following a 60 Minutes report which made allegations of branch stacking and derogatory behaviour.

The future will bring new challenges. So we’re prepared. We’re building a modern fire and rescue service, with firefighters working together for all Victorians. Fire Rescue Victoria (FRV) will lead fire and rescue in Melbourne and major regional centres. With world-class technology and highly trained firefighters, we’re ready to meet the challenges we face today, and into the future. For more information about Fire Rescue Victoria visit frv.vic.gov.au

You make us safe in ways we would not think of, so we have far less stress, and do not have to think about the situation 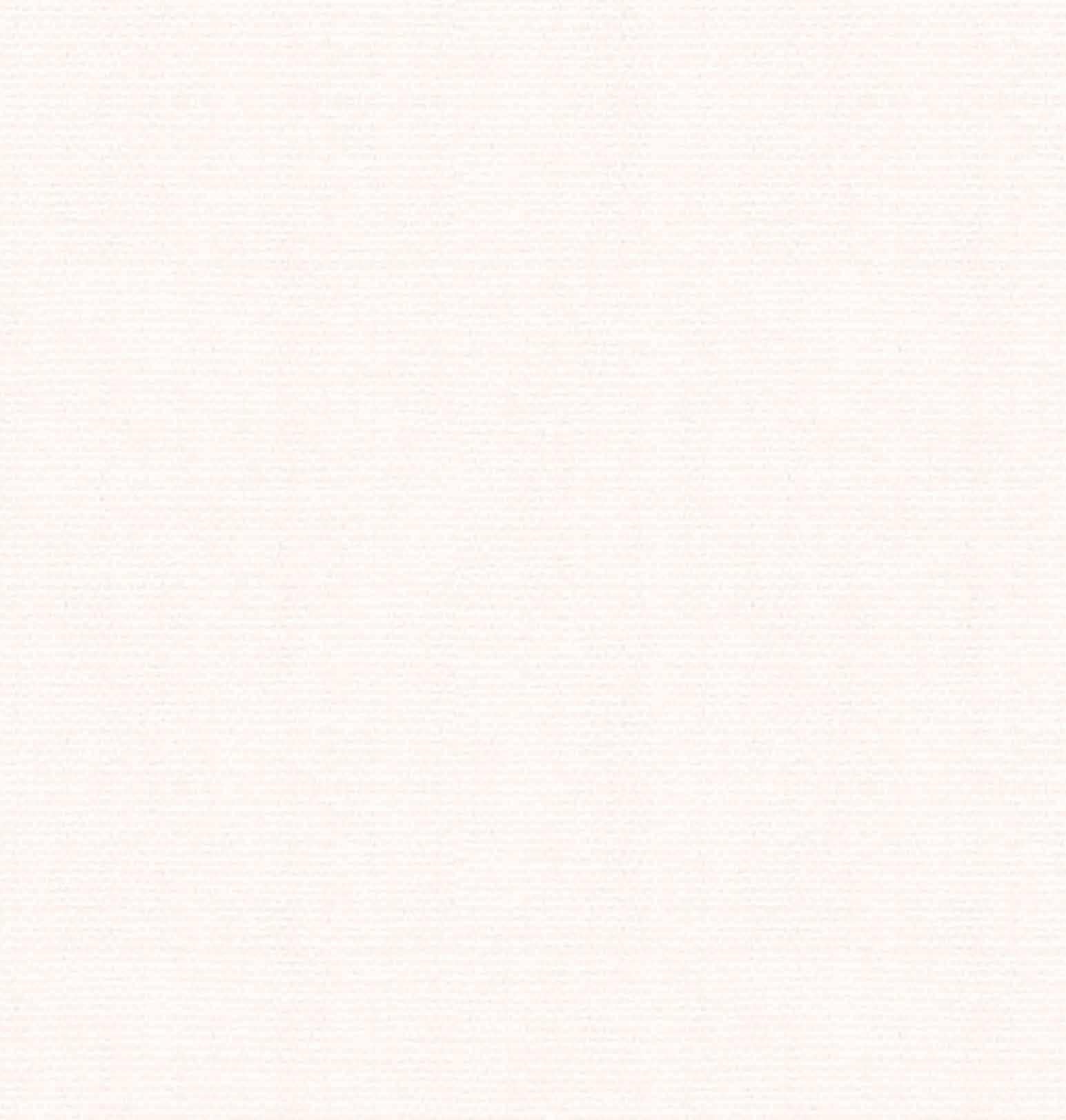 Your honesty makes you trustworthy, and we know you have our best interests at heart 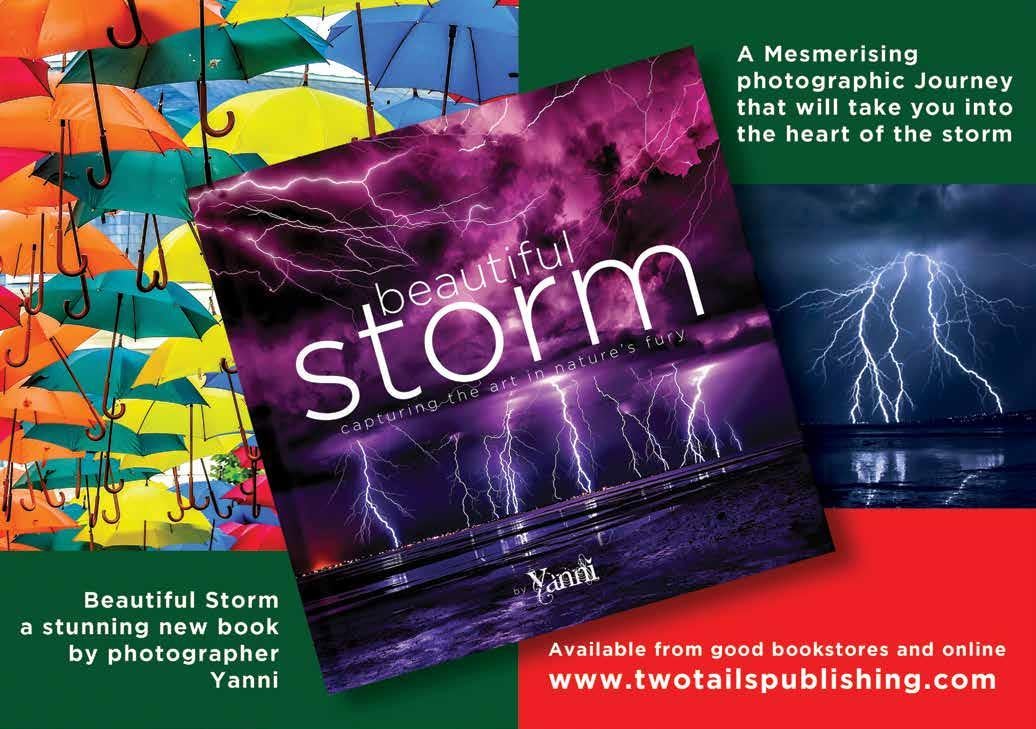 You made it easy for us to have mail, chemist, food, and essentials available by arranging delivery and payment (delivered to 130 residents despite the weather conditions