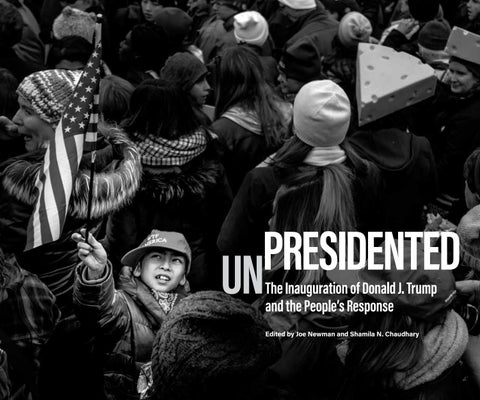 PRESIDENTED UN The Inauguration of Donald J. Trump and the Peopleâ&amp;#x20AC;&amp;#x2122;s Response Edited by Joe Newman and Shamila N. Chaudhary

PRESIDENTED UN The Inauguration of Donald J. Trump and the Peopleâ&amp;#x20AC;&amp;#x2122;s Response

Edited by Joe Newman and Shamila N. Chaudhary Focus on the Story, an imprint of Cosmic Smudge Media, Washington, D.C.

For Chris, Layla and Zane, and Lamia and Camille. Thank you for your love and inspiration.

Introduction America divided...that’s what you would have seen if you were in Washington, D.C. for Donald J. Trump’s inauguration as the 45th president of the United States. Americans from opposite ends of the political spectrum gathered to protest and celebrate during a historic moment that exposed the country’s deep divisions. On January 19, the day before the inauguration, people stood at the White House with “Thank You” signs to mark President Barack Obama’s last full day in office. The somber and heartfelt displays of appreciation stood in stark contrast to the angry confrontations between protestors and police that happened just hours later at the Trump International Hotel and the National Press Club, both just down the street from the White House. At the National Press Club, protestors confronted inauguration goers arriving for the “Deplora Ball,” an event hosted by Trump supporters aligned with the “alt-right” white nationalist movement. Tempers flared. Bumps turned to pushing and shoving, escalating with police using pepper spray on the crowd. This was America on the day before Donald Trump’s ascent to the most powerful job in the world.

American Democracy – with all its strengths and weaknesses – was on display in black and white for the world to see. This project began months before the election when many of us thought Hillary Rodham Clinton would be elected president. We thought this book would document the celebrations around the election of the first female president of the United States. History proved otherwise. As we observed the people’s response in the days and weeks following the election, we knew this book would never be an exercise in objectivity. Photographer Ted Grant once famously said, “When you photograph people in color, you photograph their clothes. But when you photograph people in black and white, you photograph their souls.”

There was never any debate on whether the images should have been in color. The black and white images in this book speak for themselves. They are raw, gritty and revealing. There is anger, passion, humor and inspiration. These are images that should be seen and remembered.

But the bitterness of inauguration day was washed away by a massive, uplifting show of defiance the next day. It was billed as the Women’s March on Washington but it was truly a global movement as millions of people on every continent and so many points of hope in between rose up to make their voices heard. In D.C., they stood at the White House chanting “We will not go away, welcome to your first day.”

Monochrome images are timeless and evocative. They stir memories of past movements -- the upheavals in the 60s that brought millions into the streets to demand social justice and civil rights, to protest the war in southeast Asia, to call for equal rights for women and to raise the alarm about environmental threats. The events on inauguration day and in the weeks that have followed show that Americans may have arrived at a similar moment once again.

During his inaugural address, Trump said, “The time for empty talk is over. Now arrives the hour of action. Do not let anyone tell you it cannot be done. No challenge can match the heart and fight and spirit of America.” The irony of millions of protestors challenging Trump on the same weekend he uttered these words should not be lost on anyone.

President Trump’s America was born on inauguration day in a loud, angry, spasm that left a handful of storefronts shattered and public property destroyed in downtown Washington, D.C. Cops and protestors clashed, with riot police engaging crowds with flash bang grenades, tear gas and pepper spray. Agitators in the crowd threw rocks and bricks back at the police line. More than 200 people were arrested.

If we learned anything from the inauguration of the 45th president and the people’s response, it is that there is a fight over the meaning of American values, identity, and democracy.

That was only a small part of the story, though. In city-wide displays of civil disobedience, protestors shut down streets and security checkpoints. The peaceful demonstrations sent a message to Trump that he would not have an easy four years.

In this book, you will see what Americans stand for, the truth they believe in, and what they will fight for – human decency, equality, and respect.

Thanks, Obama “Yes, our progress has been uneven. The work of democracy has always been hard, contentious, and sometimes bloody. For every two steps forward, it often feels we take one step back. But the long sweep of America has been defined by forward motion, a constant widening of our founding creed to embrace all, and not just some.”

PRESIDENT BARACK OBAMA, ADDRESSING THE NATION IN HIS FAREWELL SPEECH.

AMERICA FERRERA AT THE WOMEN’S MARCH ON WASHINGTON

Joe Newman is an award-winning journalist and photographer. He blogs about photography on the Huffington Post and is the editor of the photography website Focus on the Story. He currently works on photography-related projects, including leading workshops in Cuba and starting his own independent publishing imprint. Prior to starting his own business in 2016, he worked for the public interest at two Washington, D.C.-based NGOs: The Project On Government Oversight, where he directed media strategy, and Public Citizen, where he helped develop the organizationâ&amp;#x20AC;&amp;#x2122;s social media initiatives. Before moving to Washington in 2007, he spent several years as a reporter and editor at the Orlando Sentinel, St. Petersburg Times and Palm Beach Post.

Shamila N. Chaudhary is a foreign policy analyst and avid photographer whose work has been featured in The Washington Post and local media outlets and galleries in the Washington, D.C. metro area. She is Senior Advisor to the Dean at the Johns Hopkins University School of Advanced International Studies and a Senior South Asia Fellow at New America. Her analysis is regularly cited and published in The Atlantic, Politico, Foreign Policy, The Washington Post, the New York Times and she has appeared on CNN, BBC News America, NPR, Fox News, CCTV, and other outlets. She has 16 years of experience working in the private sector, academia, and the U.S. government, including at the White House National Security Council as Director for Pakistan and Afghanistan during the Obama administration.

Acknowledgements The working title of this book was “Three Days in January.” As titles go, it carried a historical gravitas and was journalistically neutral. But in the middle of December, a Chinese Navy ship seized a U.S. underwater drone in the South China Sea and everything changed. The international kerfuffle prompted president-elect Trump to tweet that the act of aggression was “unpresidented.” It wasn’t really. There’s quite a bit of precedence for Chinese aggression in the South China Sea. Yet, the president-elect’s unintentionally brilliant wordplay was something we knew made a much better title – neutrality be damned. This book makes a statement in more ways than one. Besides the obvious editorial and creative decisions, there’s the diversity of this collaboration, itself. The photographers who contributed to this book are black, white, brown and several skin tones in between. We worship differently (some of us not at all). We are gay and straight, immigrants and grandchildren of immigrants. We are America in its truest sense. Our collective backgrounds are what make America great. As the editors of this book, we take pride in our diversity and will forever be grateful for the talent, commitment and good humor that each member of the team brought to this project. We would like to thank the many people who appear in the images of this book. We may not agree politically with some of them, but we hold dearly their right to express themselves and to participate in our democracy. We also thank those who are carrying on the fight for social justice by peacefully protesting and making their voices heard. This book would not have been possible without our family, friends, friends of friends and complete strangers from around the world who supported us on Kickstarter and pushed this book into the crowd-funding site’s top 60 of all-time backed photo books. Heartfelt thanks also go out to Dippen Zinzuvadia of Chozin Films who edited the video we used to launch our Kicksarter campaign; Dan Silverman for plugging our project on Popville, one of the District’s must-read blogs; Flight Wine Bar for giving us a place to recharge, literally and figuratively, on inauguration day; the California punk rockers who let us use their song “Inauguration Day” on one of our videos; all of the people who entered our open call for submissions, and a certain crew of a Chinese naval vessel for their act of brinksmanship that launched the tweet heard around the world.

Kickstarter Backers Thank you to everyone who supported our project on Kickstarter. With special recognition to: Kathleen McCormick Jeffrey David Strawbridge

If you came to town for the inauguration to participate in the Women’s March on Washington or any of the other anti-inauguration events, or if you were only here in spirit, this is the book that will remind you what the fight is about. Named a “Project We Love” by Kickstarter — a designation only 5 percent of Kickstarter’s projects earn — our campaign met its initial funding goal in less than four days. Un-Presidented: The Inauguration of Donald J. Trump and the People’s Response is a high-quality, hard cover art book filled with powerful black-and-white street photography. 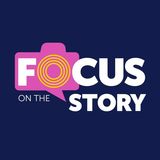 Focus on the Story
Go explore