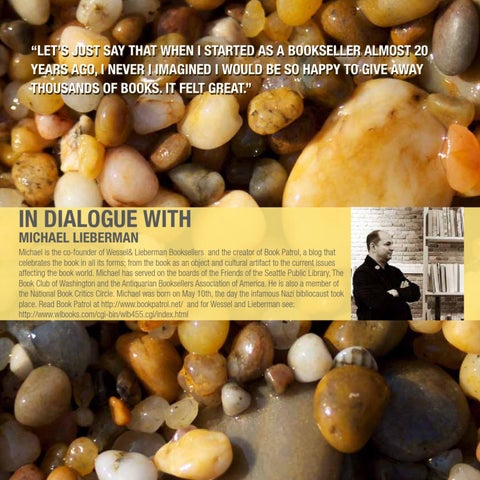 “LET’S JUST SAY THAT WHEN I STARTED AS A BOOKSELLER ALMOST 20 YEARS AGO, I NEVER I IMAGINED I WOULD BE SO HAPPY TO GIVE AWAY THOUSANDS OF BOOKS. IT FELT GREAT.”

IN DIALOGUE WITH MICHAEL LIEBERMAN

Michael is the co-founder of Wessel&amp; Lieberman Booksellers and the creator of Book Patrol, a blog that celebrates the book in all its forms; from the book as an object and cultural artifact to the current issues affecting the book world. Michael has served on the boards of the Friends of the Seattle Public Library, The Book Club of Washington and the Antiquarian Booksellers Association of America. He is also a member of the National Book Critics Circle. Michael was born on May 10th, the day the infamous Nazi bibliocaust took place. Read Book Patrol at http://www.bookpatrol.net/ and for Wessel and Lieberman see: http://www.wlbooks.com/cgi-bin/wlb455.cgi/index.html 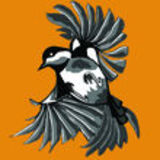