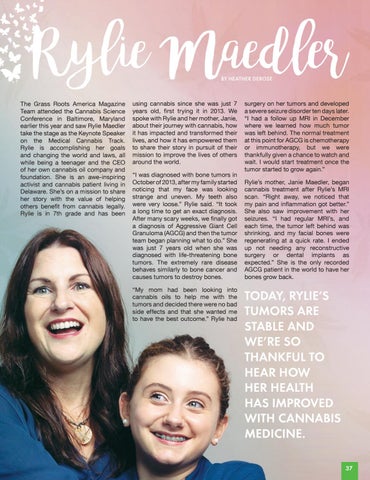 The Grass Roots America Magazine Team attended the Cannabis Science Conference in Baltimore, Maryland earlier this year and saw Rylie Maedler take the stage as the Keynote Speaker on the Medical Cannabis Track. Rylie is accomplishing her goals and changing the world and laws, all while being a teenager and the CEO of her own cannabis oil company and foundation. She is an awe-inspiring activist and cannabis patient living in Delaware. She’s on a mission to share her story with the value of helping others benefit from cannabis legally. Rylie is in 7th grade and has been

using cannabis since she was just 7 years old, first trying it in 2013. We spoke with Rylie and her mother, Janie, about their journey with cannabis, how it has impacted and transformed their lives, and how it has empowered them to share their story in pursuit of their mission to improve the lives of others around the world.

“I was diagnosed with bone tumors in October of 2013, after my family started noticing that my face was looking strange and uneven. My teeth also were very loose.” Rylie said. “It took a long time to get an exact diagnosis. After many scary weeks, we finally got a diagnosis of Aggressive Giant Cell Granuloma (AGCG) and then the tumor team began planning what to do.” She was just 7 years old when she was diagnosed with life-threatening bone tumors. The extremely rare disease behaves similarly to bone cancer and causes tumors to destroy bones. “My mom had been looking into cannabis oils to help me with the tumors and decided there were no bad side effects and that she wanted me to have the best outcome.” Rylie had

surgery on her tumors and developed a severe seizure disorder ten days later. “I had a follow up MRI in December where we learned how much tumor was left behind. The normal treatment at this point for AGCG is chemotherapy or immunotherapy, but we were thankfully given a chance to watch and wait. I would start treatment once the tumor started to grow again.” Rylie’s mother, Janie Maedler, began cannabis treatment after Rylie’s MRI scan. “Right away, we noticed that my pain and inflammation got better.” She also saw improvement with her seizures. “I had regular MRI’s, and each time, the tumor left behind was shrinking, and my facial bones were regenerating at a quick rate. I ended up not needing any reconstructive surgery or dental implants as expected.” She is the only recorded AGCG patient in the world to have her bones grow back.

TODAY, RYLIE’S TUMORS ARE STABLE AND WE’RE SO THANKFUL TO HEAR HOW HER HEALTH HAS IMPROVED WITH CANNABIS MEDICINE. 37

CHILDREN'S ISSUE | This issue of GRAM is about Children and Cannabis. A polarizing subject in most circles. Those who don’t grasp cannabis as medicine are worried that children are just getting high. Those who believe in the science behind the medicine see the medical purposes for cannabis. 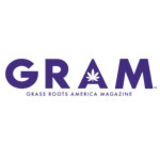 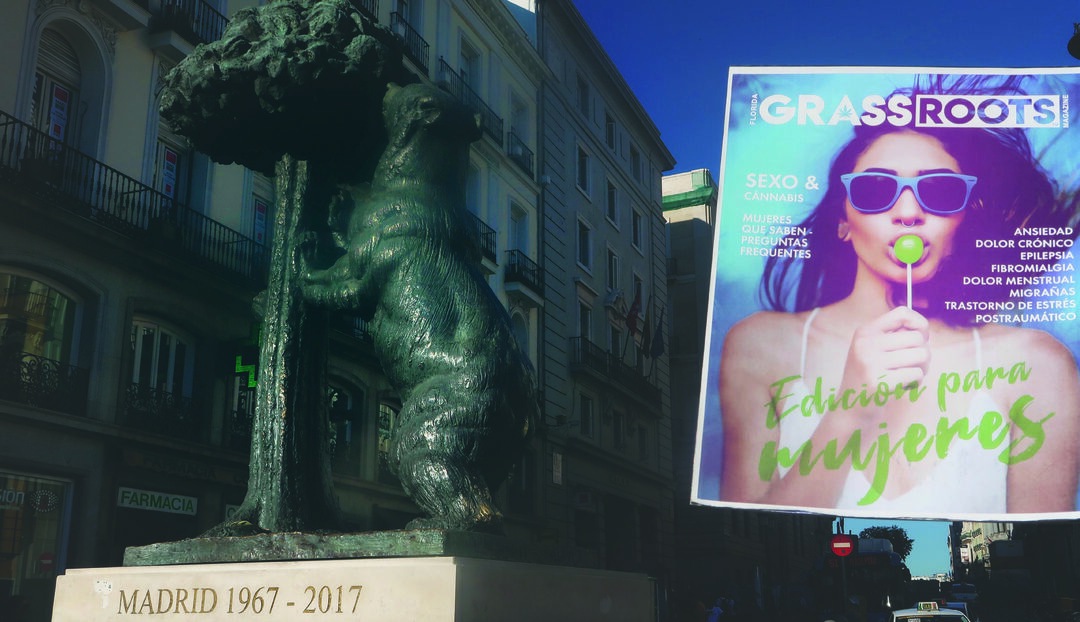 Budding Out in Madrid

Hi, my name is Alex Raffay, I’m in the Sales and Marketing department at Grass Roots America Magazine (GRAM). I had the privilege of bringing along GRAM to one of my favorite places, Madrid, last month.

Let’s clarify; no one advocates for the recreational use of cannabis for children. I think everyone would agree that it is not a good idea to use any brain-altering substance in a growing and developing brain, including nicotine, alcohol, and high fat and sugar foods. However, if a child has a condition that needs medical intervention, then all the tools in the toolbox should be considered...

The cultivars (strains) below are high CBD options that are used for many different conditions. They offer relief to patients without the psychoactive effects. 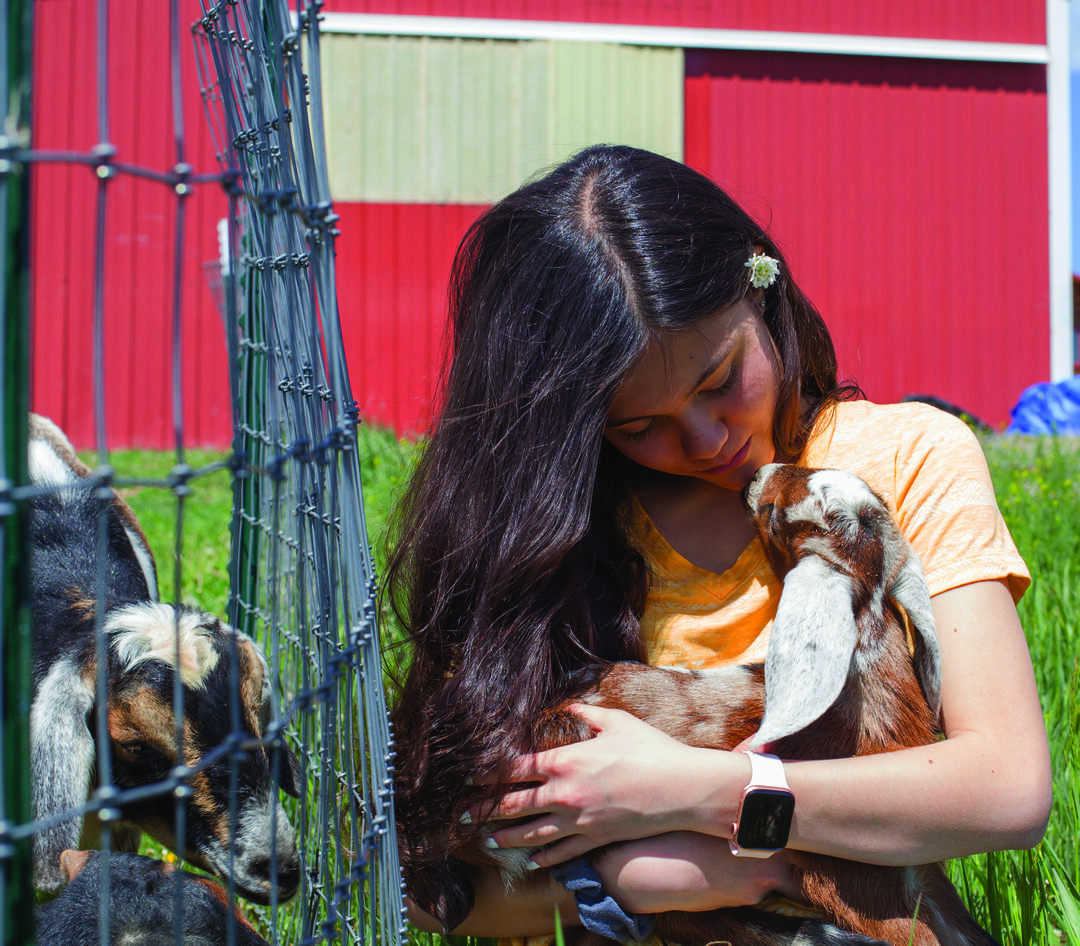 Alexis Bortell | A Hero for Freedom

One amazing leader for the plant is 13-year-old Alexis Bortell. Her family moved from Texas to Colorado to treat her intractable epilepsy with cannabis. Alexis and her father, Dean Bortell, are taking a stand against the federal government. 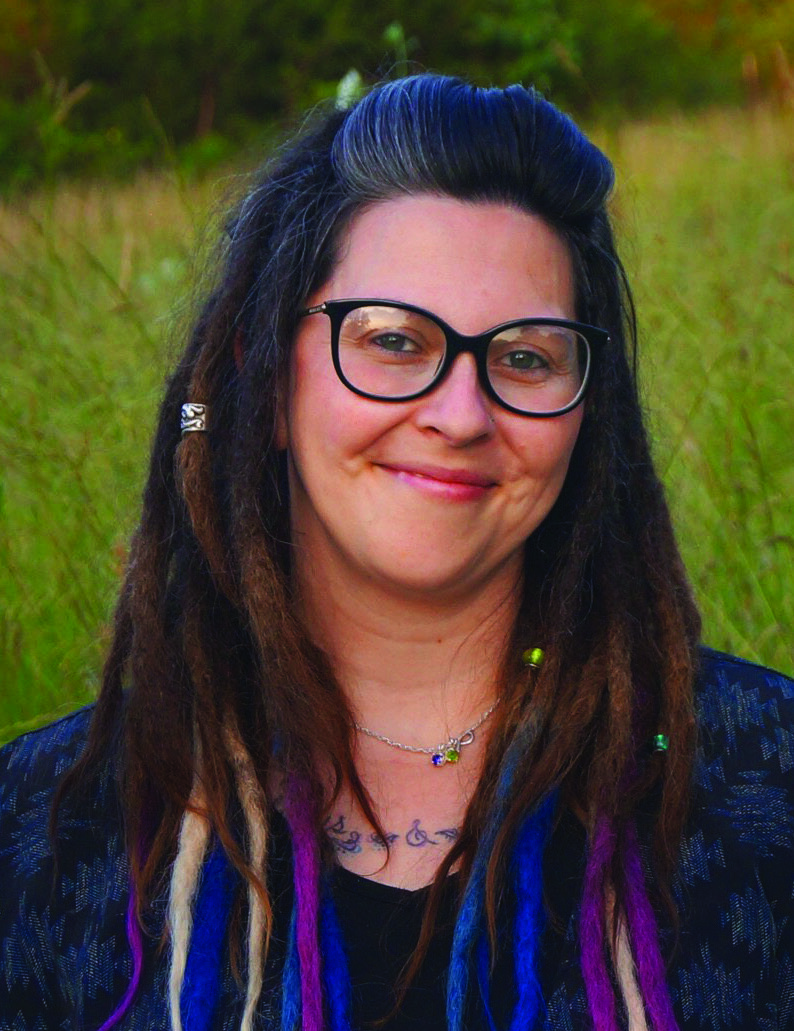 Families who endure these struggles deserve to know they’re not alone, and we’re very proud to introduce you to Ashley Davis Markum, who is the founder of Missouri NFP, Ayden’s Alliance. She’s here to share the story of her son Ayden, who has seen success in treating his cerebral palsy and epilepsy with the use of CBD oil, and she offers advice to parents considering cannabis therapies. 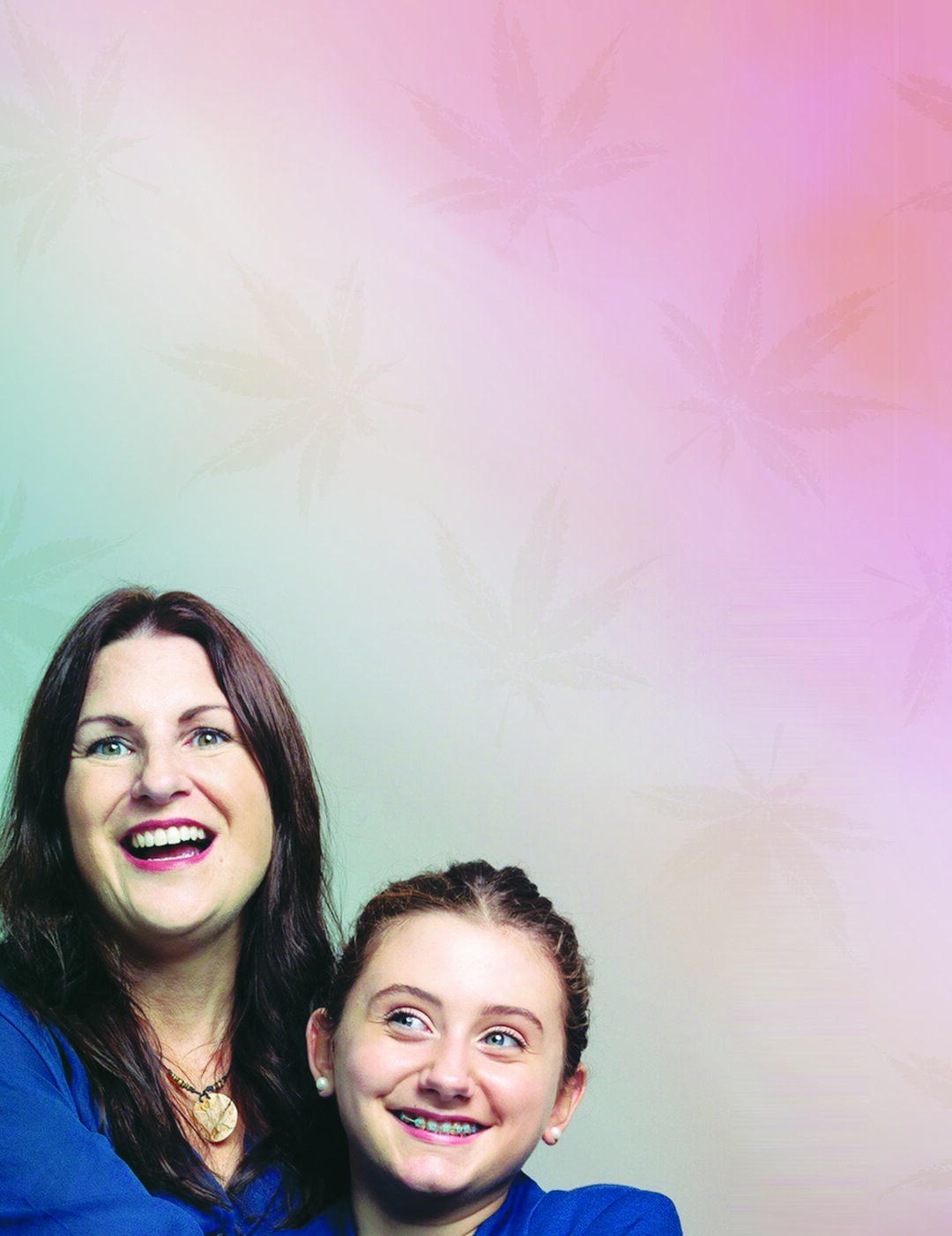 Rylie is accomplishing her goals and changing the world and laws, all while being a teenager and the CEO of her own cannabis oil company and foundation. She is an awe-inspiring activist and cannabis patient living in Delaware. She’s on a mission to share her story with the value of helping others benefit from cannabis legally. 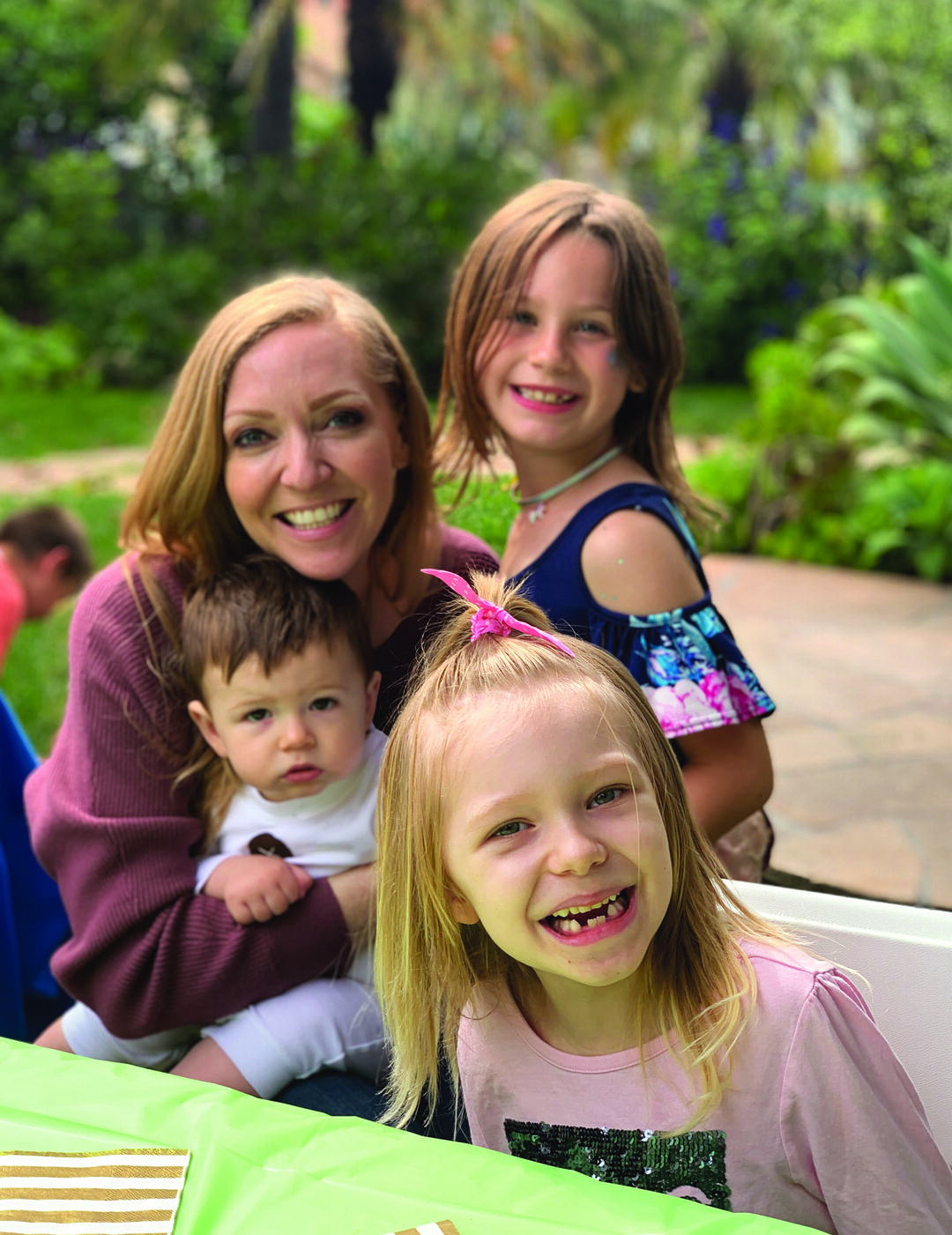 We recently connected with Tracy Ryan, who is a passionate advocate, entrepreneur, and parent. Some of you may recognize Tracy and her daughter Sophie from the recently-released film documentary, Weed The People, which is now available on Netflix, Amazon, Youtube, and Vudu. The film follows several families with children whose lives are impacted by cannabis, including Tracy’s daughter Sophie, who was diagnosed with an Optic Pathway Glioma brain tumor at just 8 1/2 months old.

The trent brothers grew up with paintings by Michael Goddard in their childhood home. Goddard is an artist who would bring to life olives from martini glasses, giving them arms and legs and have them moving all over his pieces. Kole drew inspiration from Goddard and would later do for the cannabis flower what Goddard did to the olives. 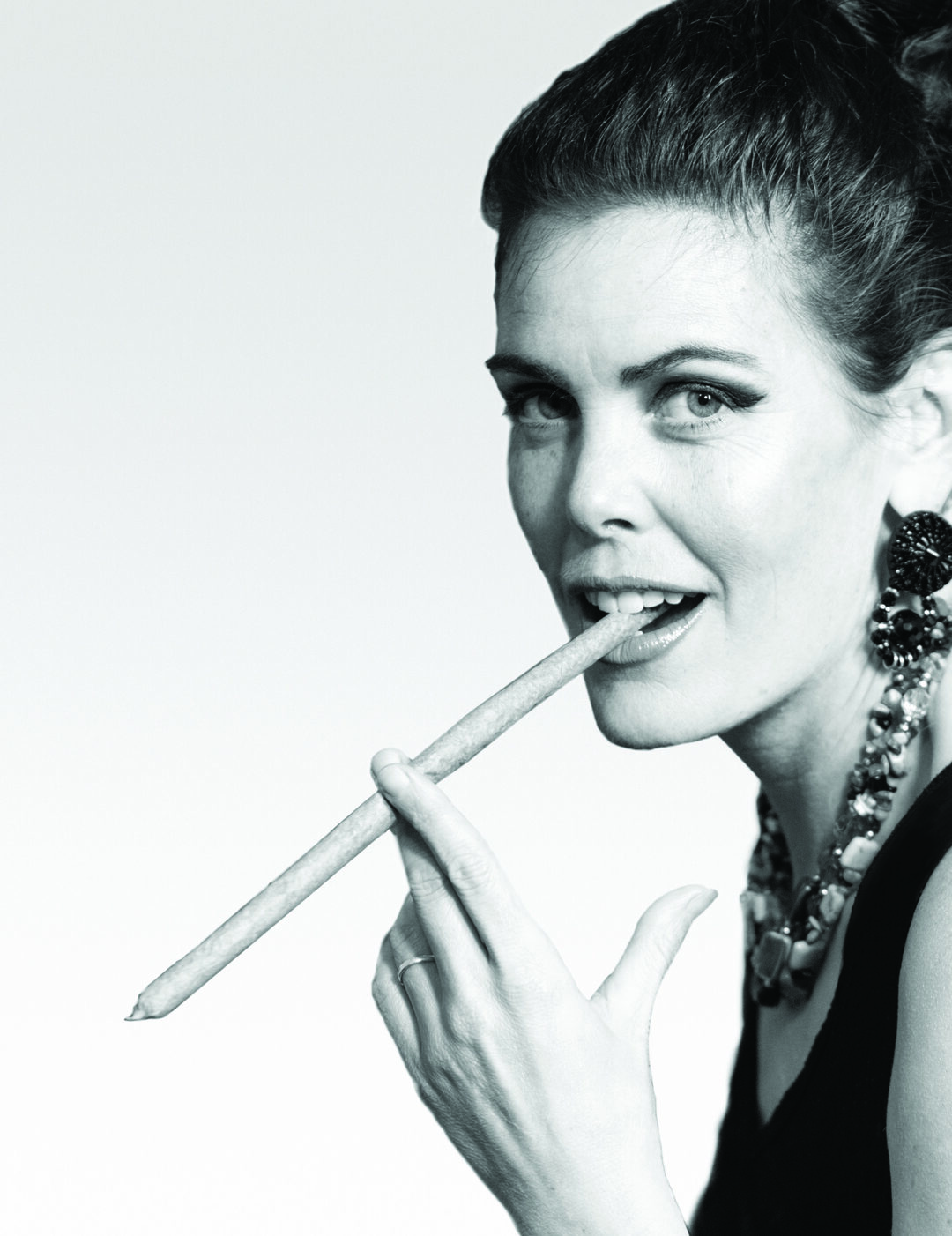 If Laurie Starr looks familiar, it might be because the California-based cannabis model graced the cover of our spring issue. Her goal during the two years she has been modeling online and in print: To shift the imagery of cannabis culture. 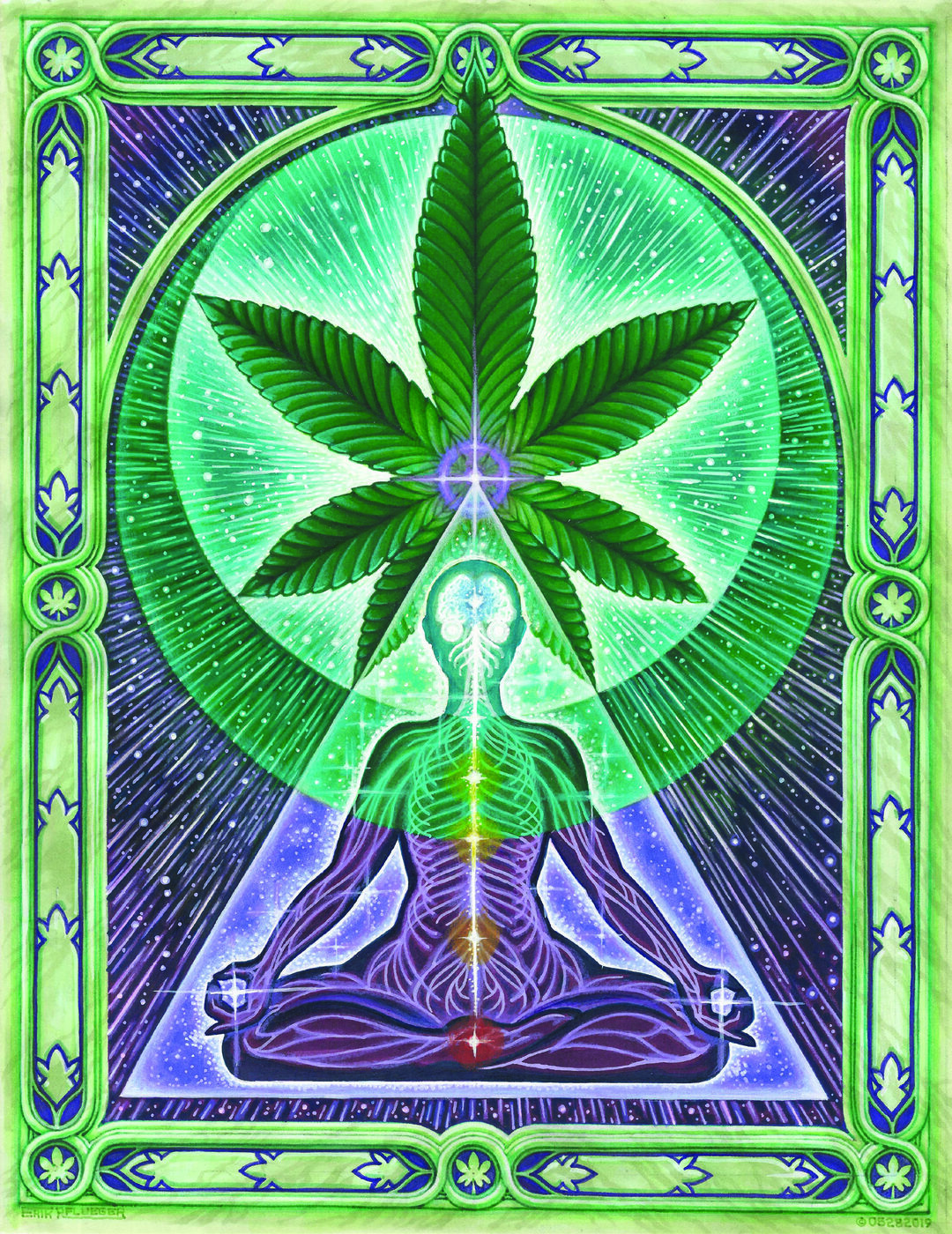 Erik Pflueger has always been artistic; “It may very well go back to the crib,” he recalls. He notes that it was vital for him to start expressing his artistic side at a young age, even if that is not the path for all artists. 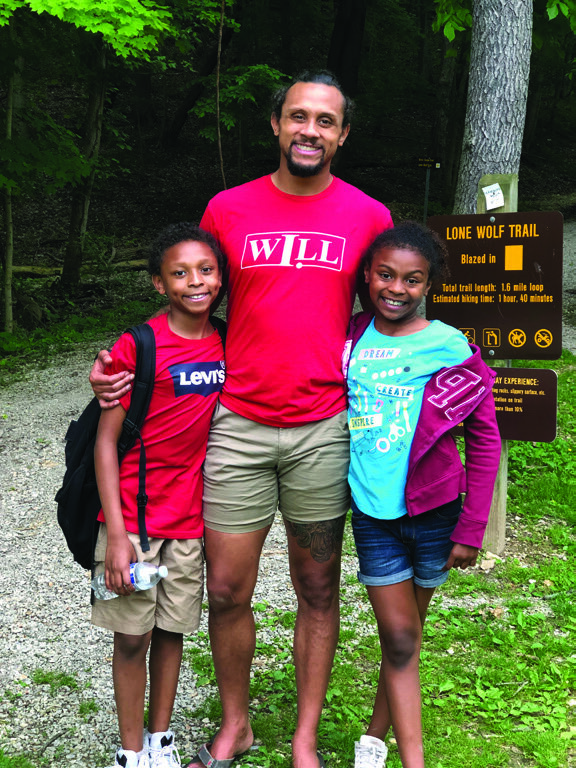 According to the CDC, approximately 1 in 59 children in the United States are affected by the disorder and more than 70 million people worldwide. Children with autism typically express indicators by age 2 or 3. There is no defined standard medical approach to treat the condition, and growing research and anecdotal evidence suggest cannabis may help, which has parents interested in trying cannabis therapy for their children. 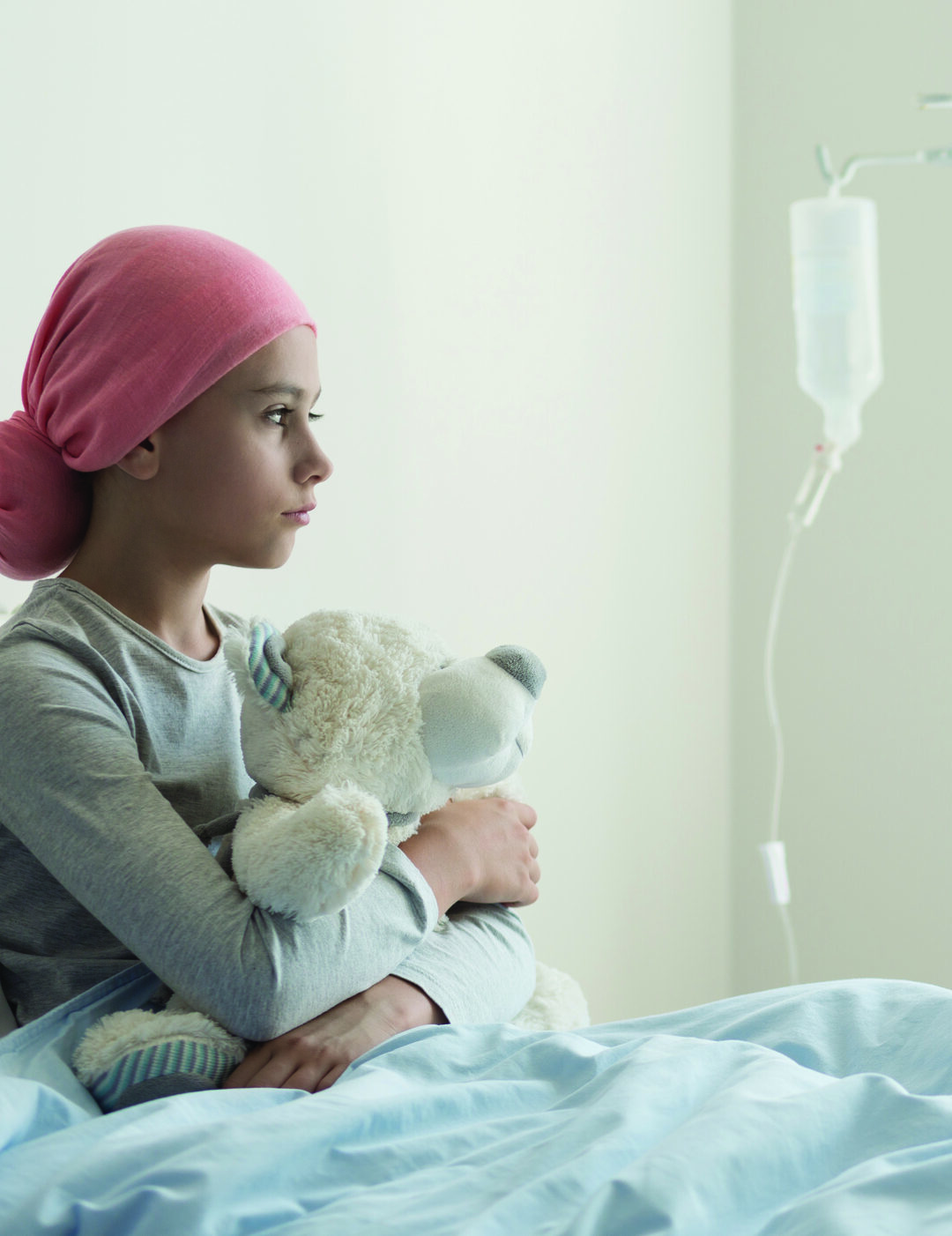 A topic like cannabis usually pairs well with something benign like food. Not everyone smokes but everyone has to eat, especially cannabis users. Conversations become inflammatory when the controversial topic of cannabis is combined with something deeply saddening like childhood cancer. When we ask questions like “should we give children medicinal cannabis to help ease side effects of chemotherapy?” or “can we use cannabis alone to cure our children’s cancer” debates begins to rage. 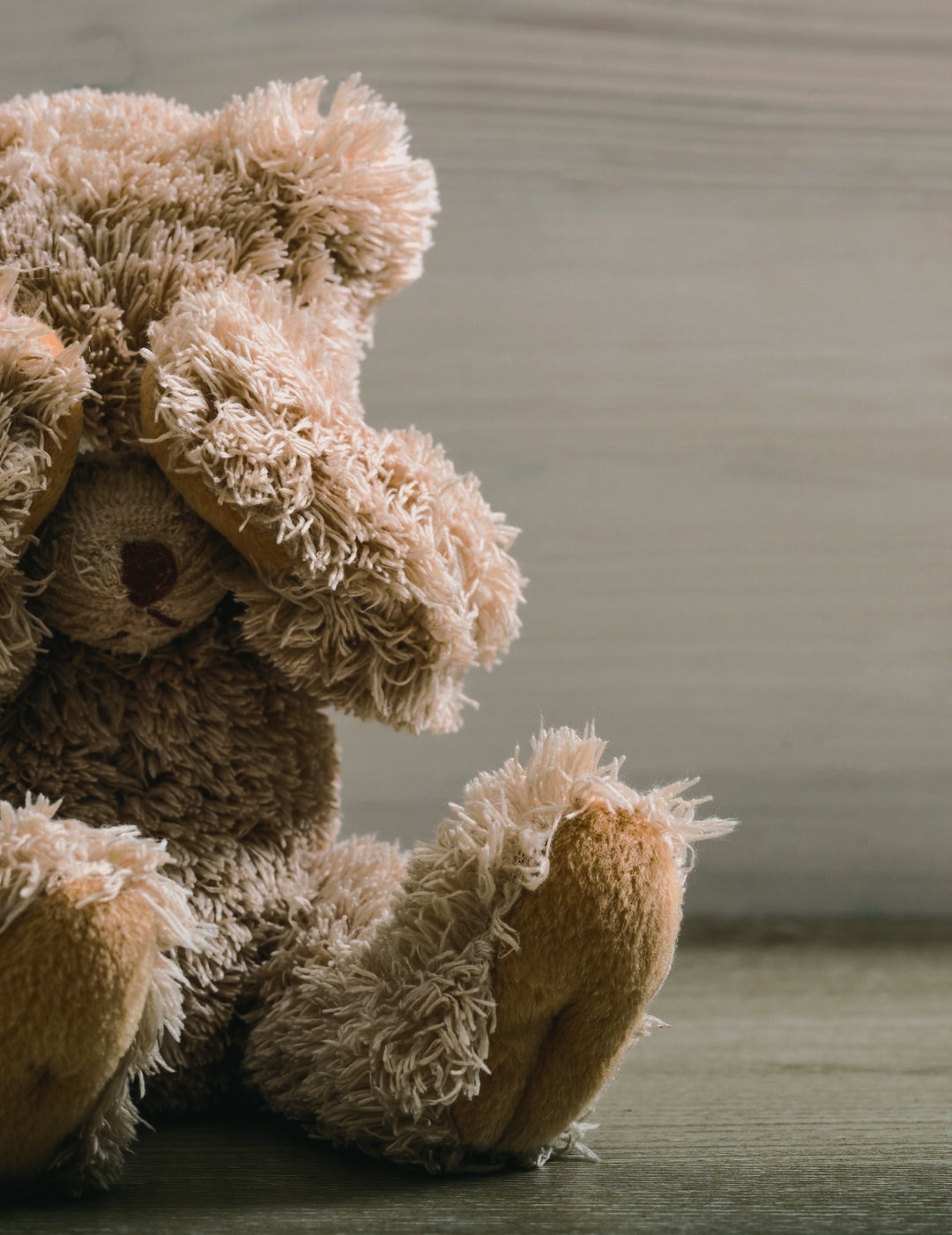 According to an academic manuscript published in Children (an international peer-reviewed open access journal of pediatrics), chronic pain in children is an issue all over the world “With conservative estimates that posit 20% to 35% of children and adolescents affected by it worldwide.” 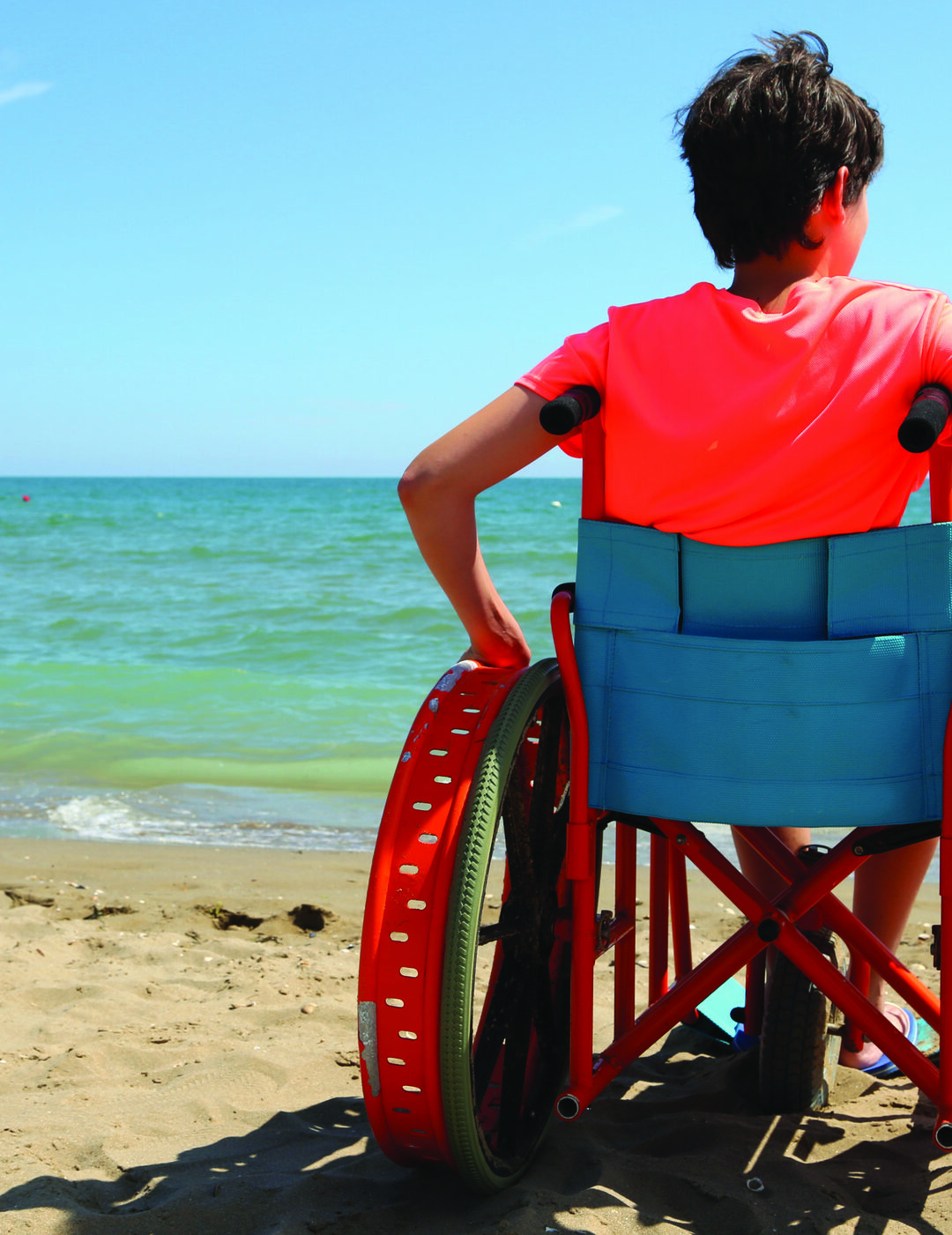 More studies are showing that cannabis can alleviate symptoms of multiple sclerosis (MS). With the amount of people diagnosed with the condition, finding a natural way to manage symptoms is crucial to avoid harsh side effects of harmful pain medications or muscle relaxants. 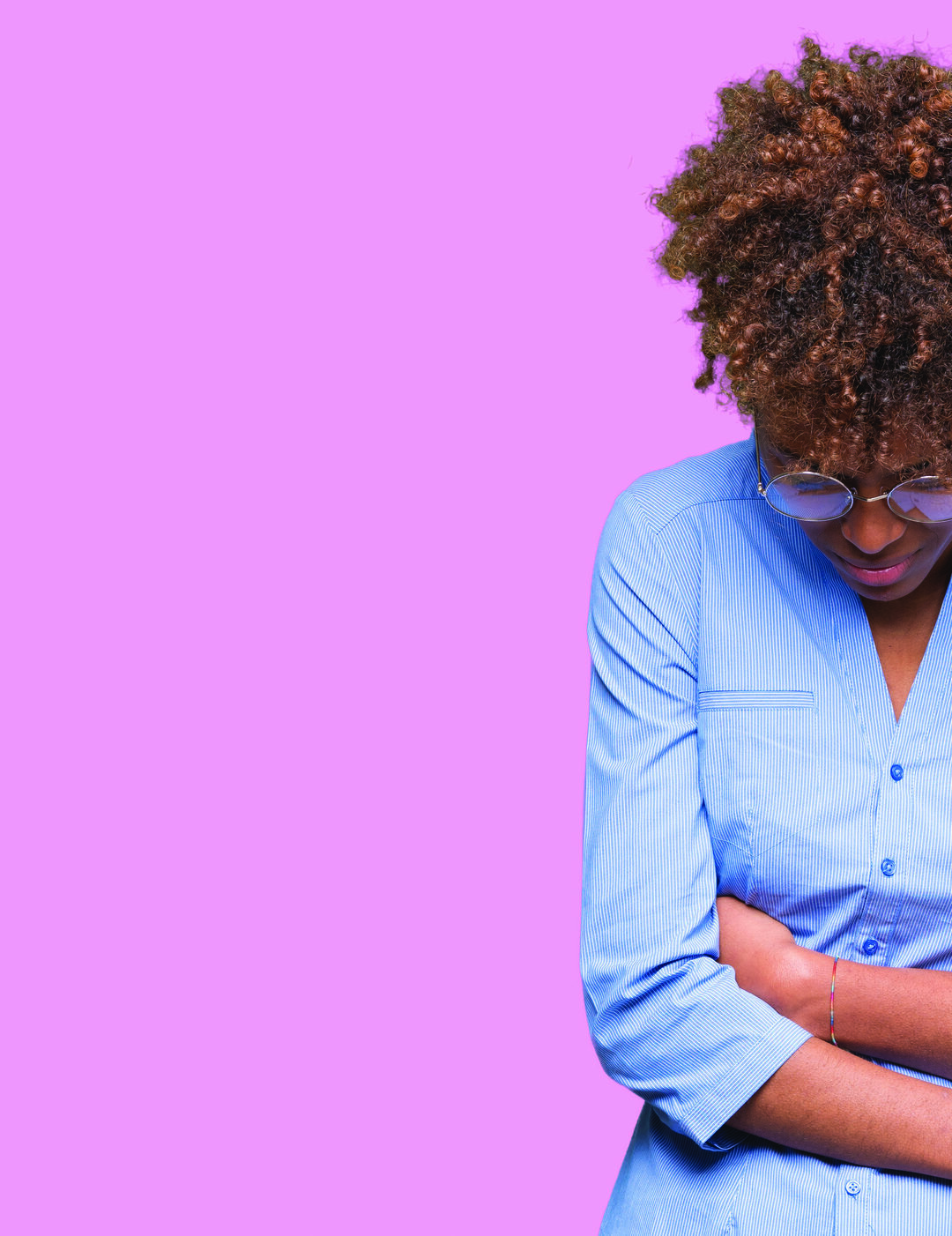 Nausea affects many people in their daily lives. Whether its motion sickness while riding in a car or from acid reflux, for some, nausea is an issue that can only be solved through the use of medicine. Drugs that are used to stave off nausea and vomiting are known as antiemetic medicines. 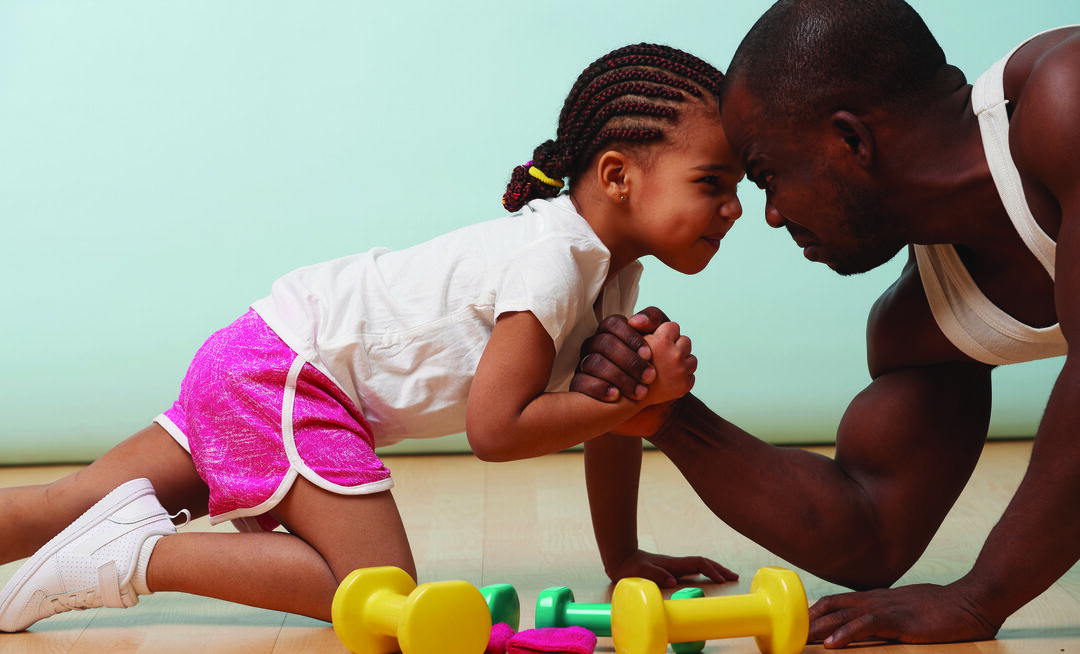 Did you know, research published in the Journal of Sports Science and Medicine found a positive relationship between the exercise habits of parents and the amount of physical activity their children participated in? It’s important to understand just how much of a positive influence we can have on the health of our children through a focus on fitness. The best part is, it’s probably not what you think when you first hear the word fitness, and it can be fun for the whole family. 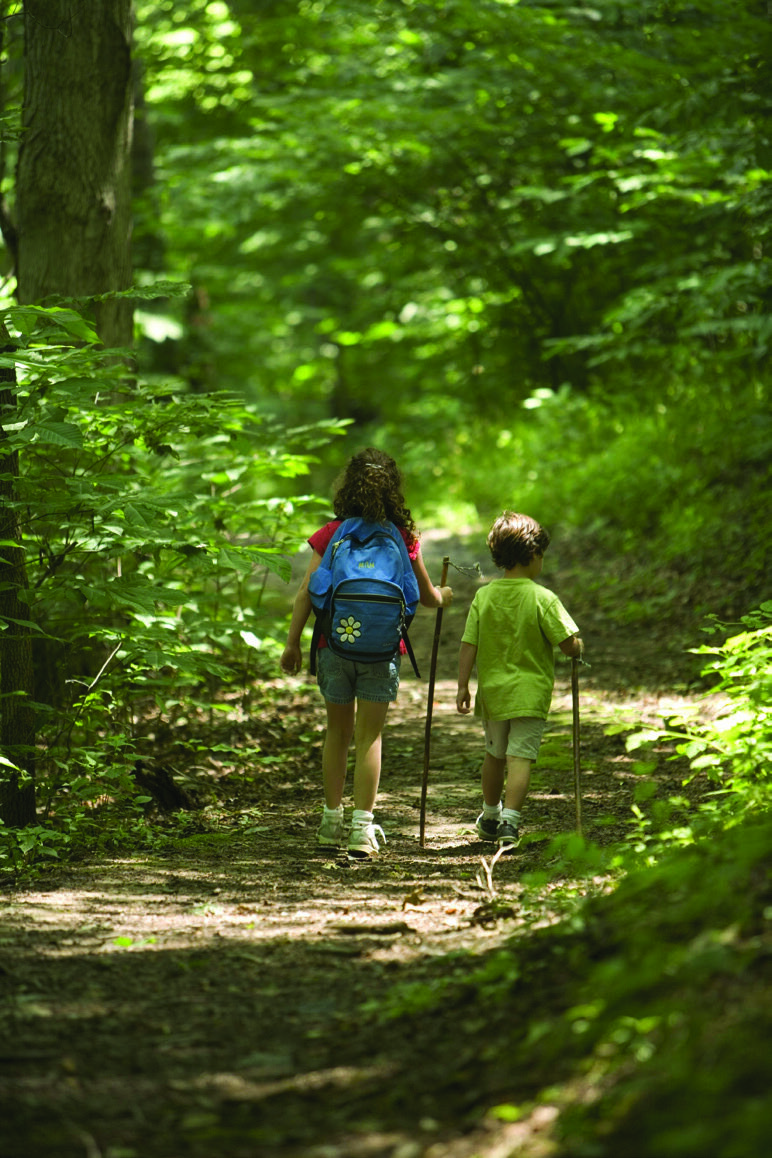 Cannabis in the Outdoors

Thanks to cannabis, many children are able to experience the proven benefits that nature can have. Try these tips out on your adventures and avoid some of the most common mistakes. 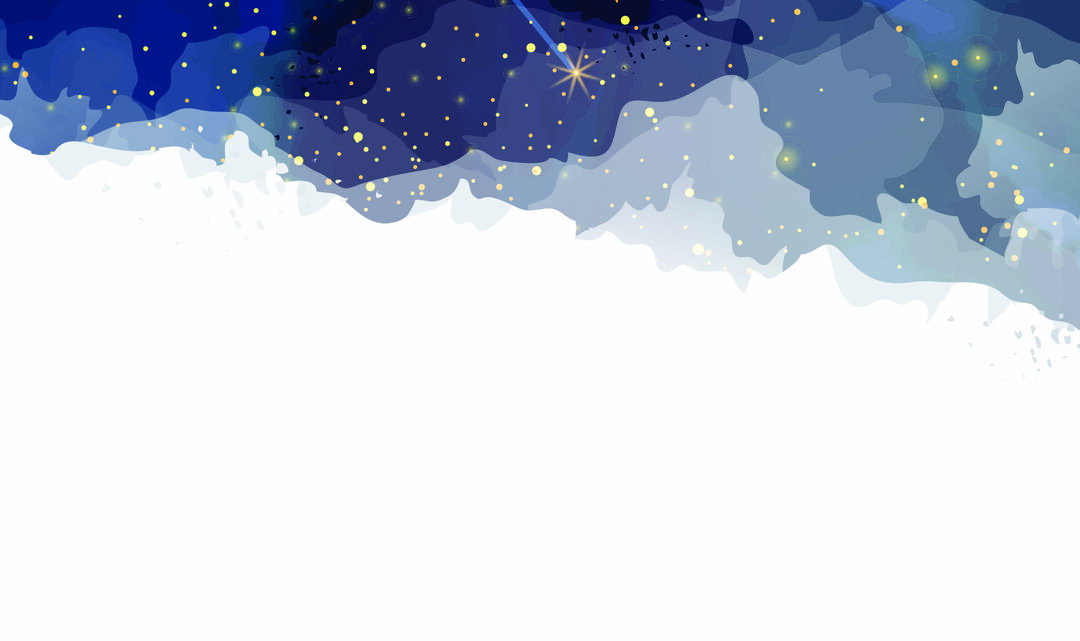 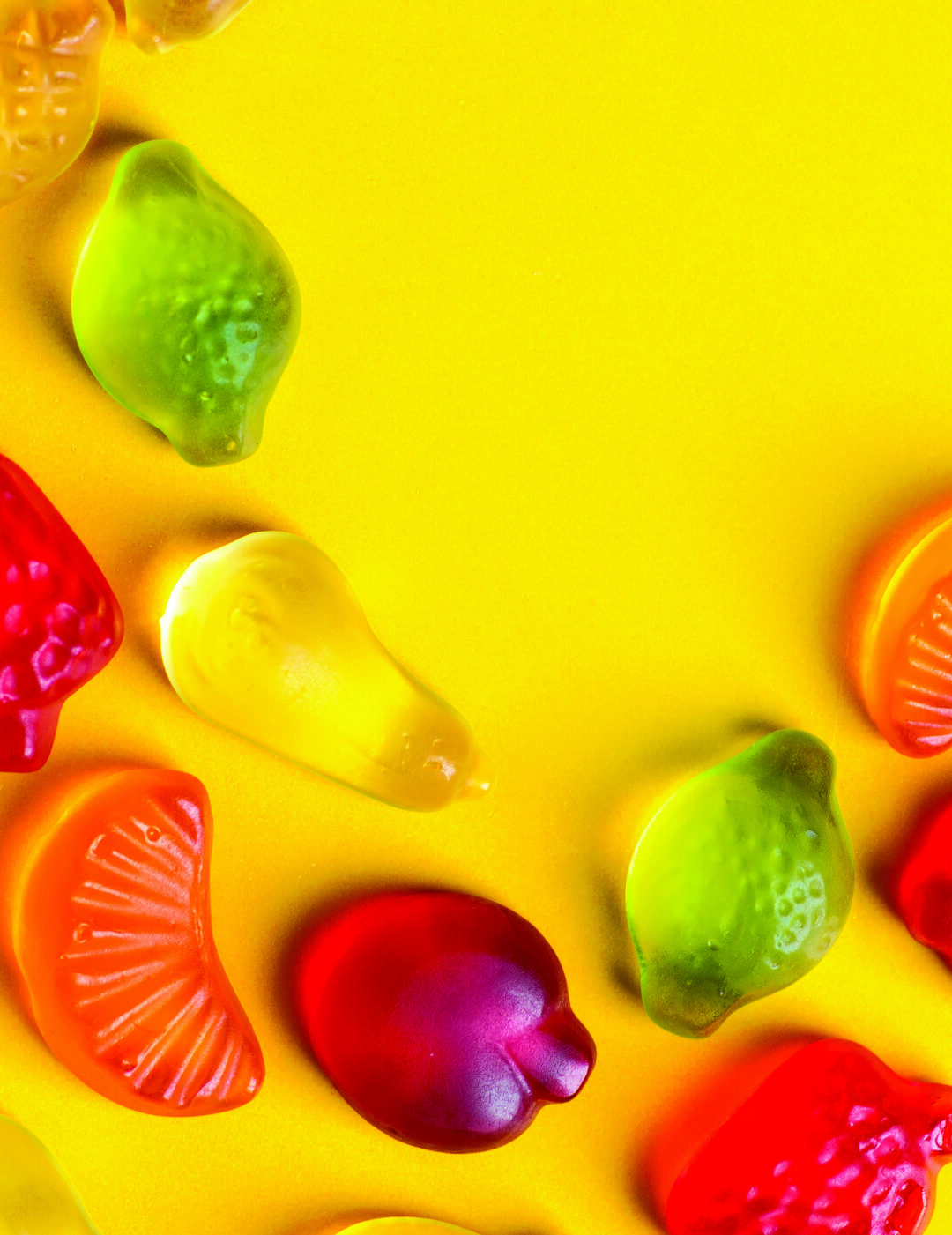 In February, a friend’s husband began taking CBD and getting relief from his symptoms. She became concerned when he began buying gummies from the gas station that didn’t have labeling. There was no listed amount of CBD in them, or any testing information available. He liked having his CBD in candy form, she liked knowing he was taking a product with integrity. The answer, make your own candies; and treats, as well as savory main dishes.