EASTER Look inside for your Lowe’s insert

PHOTOS BY CRAIG COLLIER/SPECIAL TO THE WEEKLY

A little bit of snow and chilly temperatures didn’t stop the hundreds of children who took part in the annual Germantown egg hunt Saturday at Cameron Brown Park. It took less than five minutes for all the eggs to be found.

Eggstravaganza! Hundreds of tots on the prowl at annual egg hunt

By Craig Collier Special to The Weekly

n March 28, Germantown sponsored its Eggstravaganza, the city’s annual event that invites children and their parents to gather on the baseball ields at Cameron Brown Park to hunt for Easter eggs. In addition to the age-divided egg hunts, the event featured a petting zoo and bounce houses.

Also, children had a chance to sit in the cab of a ire engine and visit with the Easter Bunny.

Even though the city of Ger-

Kanette Keough-Rodgers has been named the President/CEO of the Collierville Chamber of Commerce, said John Barrios, who serves as Chairman of the Board of Directors. After an extensive search, the Collierville Chamber Transition Team selected Rodgers from more than 170 ca ndidates. The Chamber Board of Directors unanimously voted to approve Rodgers for Kanette the position. “I am truly Keoughhonored to Rodgers join the Collierville Chamber of Commerce team,” said Rodgers, “The Chamber’s work is vital to our business community, and I look forward to working with the Chamber’s board, team and volunteers to serve the town we all love.” Rodgers comes to the Chamber from The Orpheum Theatre, where she served as the vice president of marketing and public relations. During her nine years with The Orpheum, Rodgers created numerous strategic business alliances and implemented successful marketing plans that resulted in highest ticket sales in the theater’s history. As a result of her creative efforts, Rodgers was presented the “Orpheum Star” and “Big Idea” awards by the Orpheum board of directors. Prior to her Orpheum tenure, Rodgers owned and operated a

COMMUNITY CALENDAR Looking for a spring fair or perhaps a musical event? Check out what’s happening around town in our event listings. CALENDAR, 4

Denise Mangiante of Memphis felt like something was missing early on with her son, Will. He didn’t make much eye contact, he rarely responded to his name and he lapped his hands when excited, along with other obsessive behaviors. Their pediatrician reassured her that everything seemed fine, but when Will turned 1, he still didn’t have many words, and Mangiante’s concerns

continued to grow. She made an appointment with a neuropsychologist to evaluate Will, even submitting a video that documented his quirky behaviors. She got a diagnosis she never expected — Will had autism. He was just about to turn 2, and Mangiante felt heartbroken. “Now that I look back, it’s so clear — but at the time, I really felt like I was making this entire thing up in my head,” she said. Will immediately began therapy at Janna Hacker and Associates, a Germantown-based group of specialists who provide speech-language, occupa-

Denise and Gene Mangiante’s sons Will (second from left) and Michael both showed signs of autism at an early age. Both went through speech therapy to help develop their social skills.

tional and social therapy. Mangiante says the words began coming and they inally enjoyed long-awaited progress. Mangiante and her husband, Gene, also received training and learned how to work with their autistic child. “Autism presents many

diferent ways in children. Sometimes, it’s helpful for parents to see YouTube videos of diferent children with autism to see the diferences,” Hacker said. The Centers for Disease See AUTISM, 2

Check Out Our Specials At poplarpikewines.com

Behind Walgreens - Next to Fresh Market

(On non-sale wines only) 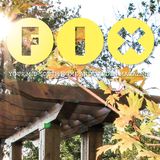 Special Publications from The Commercial Appeal