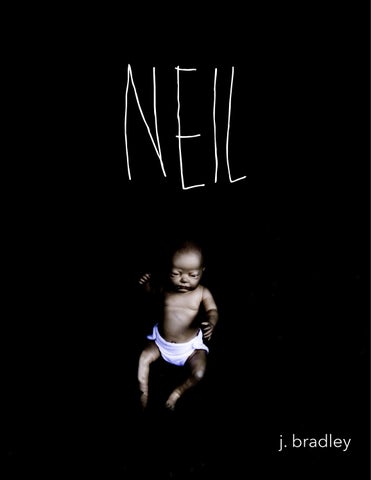 Fruit A pair of Neil’s tighty whities lurks beneath the bed. My arm darts towards them. “Make sure you always have clean underwear on”, my father said. He worried in the event I became a body to find that the rubberneckers orbiting the crime scene would notice the state of my clothes. The TV always skipped the honest parts of decomposition or else my father would have known better. My thumb and forefinger clamp down on the waistband, the safest area. I drag the pair out, careful not to summon dust demons or alarm whatever else lives around them. My father wasn’t good at following his own advice. I always sat on the floor in front of where he sat on the couch when we watched TV. I learned to not peer too much over my shoulder when we talked; once you see half of where you came from, you can’t quite ever unsee it. I stop pulling once the tighty whities are out from beneath the bed. I get on my knees; examine the pattern of dust and stains on the fabric. Today, Neil learns how to use the washer.

Blip, Blip, Blip Helen grips my hand when she sees the tumor on the screen. The sonographer moves the wand. The obstetrician points out the thing that makes the tumor a boy. Helen glances up at me. She doesn’t know how hard I practiced giving her a look that says "I’m happy that we’re doing this."

Nova I navigate the penis shaped cookie cutter through the paper plate immune system, stop at the edge of the pie ovum. I’m glad Neil didn’t find it in the kitchen drawers his Hot Wheels crashed in when they failed to make their jumps. If he had found it, I would have asked him what he thought it was and agreed. I would have taken a picture of him waving it around when he least expected it; good parenting is always thinking about what you can eventually leverage against your children. I’m not sure why Helen tied an unopened condom to it. Maybe, when Neil was ready, she would have demonstrated how to wear it. Maybe, when Neil is ready, I’ll have him watch this reenactment of how he was made.

Nightcrawler My father rolled up the rug in the hallway, dragged it into his bedroom. He moved the nightstand out of my room, placed it next to my door. “Every time I can hear you move around, you lose an hour of TV.” He never threatened to lock me inside or force me to read and report about what I read. He didn’t want me to hate sunlight or books when I became as old as he was. “Why do you want me to do this?” He leaned against the nightstand, crossed his arms; he didn’t need to say “Because I said so.”

Habitat Neil asks where the photos are. I hand him a sheet of paper, his favorite green crayon. “What do you want to remember?” “Mom.” “You know what to do.” The crayon hits my collarbone. “I know you have to have at least one photo of her. Where is it?”

It’s better you forget. It’s better to learn to quit missing her. I get up, pat Neil’s head. “The last one I had was in my wallet and it was stolen. Remember?” Neil nods, picks up the crayon. He draws a crooked head, spaghetti hair, eyelashes that could snatch you like a Venus flytrap, eyelids that could digest you slowly.

Intersections “What’s a middle school math teacher gonna teach you about sex?” My father held the permission slip away from him like a carton of curdled milk. “Y’know, stuff.” “All you need to know is whether you want to pull out.” He crumpled the permission slip, lobbed it in the trash. “You’ll know from where when the time’s right.” I waited until he was asleep to recover the permission slip. He made me practice signing his name as an emergency precaution; not wanting to be a father like him counted as an emergency.

Cathode The wine sours in my stomach. I don’t know how my father slept without dribbling out our old names. I dull Helen’s face. I dull Neil’s original first name. I dull every new name my father gave me. I wave the empty wine bottle in the TVs face, threaten to blind it.

Hearst I stumbled onto my mother and real name after my father died. The photo of her in the article hid the puffiness around her eyes, her chewed cuticles. I tossed the article in my mouth; itâ&#x20AC;&#x2122;s better this way.

Concord The grape jelly escapes from Neilâ&#x20AC;&#x2122;s plastic knife, lands on his shirt and pants. I dip a corner of a napkin in my cup of water, begin to dab the stains. His lower lip trembles. I show him the faint, washed in splotch of ketchup on my right t-shirt sleeve.

Hot Zone The spelling test poxed with red ink sits on the dashboard. “You aren’t being average enough,” I say. “Failure attracts the kind of attention we don’t need.” Neil rolls his window down, unleashes an outbreak of ‘e’s’ before ‘i’s’.

Ding, Ding Neil buries his face in my arm before the folding chair connects with the masked wrestler’s forehead. The first hotdog I had ever ate was in a high school gym like this. My father pointed out the faded blood stains on the canvas as we walked towards the best available bleachers. “I hope you’re willing to bleed for what you believe in like these men do,” he said. I streaked my finger across the hotdog, smeared ketchup and mustard across the bridge of my nose. “You mean like this?” “You better not bleed yellow.” “Is it over,” Neil asks. I watch the long-haired wrestler cock the folding chair above his head. “Yes.” Neil peeks up from my arm as the third chairshot connects. Blood trickles from the masked wrestler’s nose.

Dendrology Helen waited until the seventh date to ask why my mother never comes up when we talk about family. I clasped Helenâ&#x20AC;&#x2122;s hand, flooded my eyes enough where she would understand why.

Silver Neil uses me as a booster seat, grips the steering wheel. “You know what to do, right,” Neil asks. It’s easy to bind an imaginary friend with duct tape. You picture yourself stretching strips of various lengths, tearing them off the roll. You bind the wrists first, then the ankles, finally the mouth. “Where are we hiding the body,” I ask. Neil kicks my shin with his heel. I’m only here to help him navigate, help him dig, help him forget.

Fudd Helen stops kissing me when she feels the loose change-sized scars scattered across my stomach and side. I murmur something about a hunting accident to get her hands and mouth moving again. “Take your pick,” my father had said. The antlers I picked the last time chafed my scalp. My father licked at the dried blood on the tips of his antlers before he strapped them on. We got into a threepoint stance. “You aren’t a man until you can wound me.”

Oats The age-progressed photo doesn’t show whether acne will bloom across your cheeks, if your eyebrows will bridge themselves; you are only worth finding if you are flawless. I miss how the portraits on milk cartons stared at me as I shoveled spoon after spoon of cereal. Why couldn’t have this been you instead, their eyes asked. I didn’t like candy. I wouldn’t talk to strangers. My mother didn’t know where we were. I show Neil the mailers when he isn’t on them. It encourages him to keep practicing when and how to say “no, thank you”.

Acknowledgements The idea for this chapbook wouldn't have been possible without Mary Anderson and her flash fiction workshop at Lindenwood University's MFA program. Thanks to Maudlin House, DOGZPLOT, Third Point Press, The Other Stories, Cease, Cows, Elbow Pads Magazine, Holding Antlers, and Revolution John for giving some of these pieces a home. And the most important thank you goes to my wife, Laura, for her love, support, and feedback. 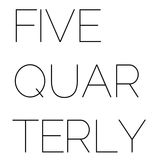