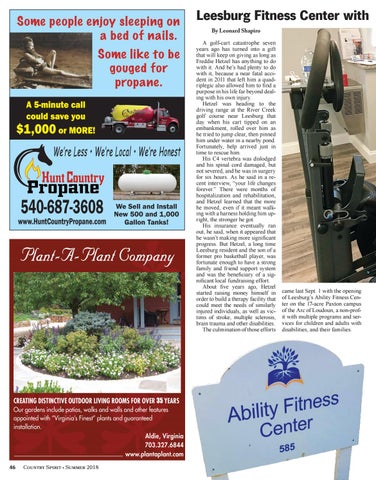 Some people enjoy sleeping on a bed of nails. Some like to be gouged for propane. A 5-minute call could save you $1,000 or MORE!

Leesburg Fitness Center with By Leonard Shapiro A golf-cart catastrophe seven years ago has turned into a gift that will keep on giving as long as Freddie Hetzel has anything to do with it. And he’s had plenty to do with it, because a near fatal accident in 2011 that left him a quadriplegic also allowed him to find a purpose in his life far beyond dealing with his own injury. Hetzel was heading to the driving range at the River Creek golf course near Leesburg that day when his cart tipped on an embankment, rolled over him as he tried to jump clear, then pinned him under water in a nearby pond. Fortunately, help arrived just in time to rescue him. His C4 vertebra was dislodged and his spinal cord damaged, but not severed, and he was in surgery for six hours. As he said in a recent interview, “your life changes forever.” There were months of hospitalization and rehabilitation, and Hetzel learned that the more he moved, even if it meant walking with a harness holding him upright, the stronger he got. His insurance eventually ran out, he said, when it appeared that he wasn’t making more significant progress. But Hetzel, a long time Leesburg resident and the son of a former pro basketball player, was fortunate enough to have a strong family and friend support system and was the beneficiary of a significant local fundraising effort. About five years ago, Hetzel started raising money himself in order to build a therapy facility that could meet the needs of similarly injured individuals, as well as victims of stroke, multiple sclerosis, brain trauma and other disabilities. The culmination of those efforts

came last Sept. 1 with the opening of Leesburg’s Ability Fitness Center on the 17-acre Paxton campus of the Arc of Loudoun, a non-profit with multiple programs and services for children and adults with disabilities, and their families. 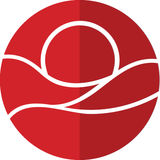