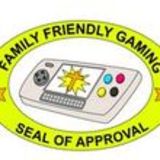 A few bold people stood up, and said no. An innovative, and note worthy direction was begun. A small band of believers got together, and decided to shine the light of Jesus Christ in the video game magazine arena. This small band of believers formed the first ever Christian video game magazine - Family Friendly Gaming. The innovations did not end there, as they decided to sell the magazine in hard copy format, CD format, and online format. Family Friendly Gaming was also the first to provide a comprehensive listing of all the Christian video game developers.