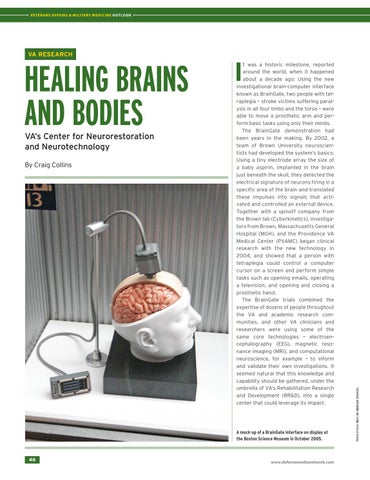 t was a historic milestone, reported around the world, when it happened about a decade ago: Using the new investigational brain-computer interface known as BrainGate, two people with tetraplegia – stroke victims suffering paralysis in all four limbs and the torso – were able to move a prosthetic arm and perform basic tasks using only their minds. The BrainGate demonstration had been years in the making. By 2002, a team of Brown University neuroscientists had developed the system’s basics: Using a tiny electrode array the size of a baby aspirin, implanted in the brain just beneath the skull, they detected the electrical signature of neurons firing in a specific area of the brain and translated these impulses into signals that activated and controlled an external device. Together with a spinoff company from the Brown lab (Cyberkinetics), investigators from Brown, Massachusetts General Hospital (MGH), and the Providence VA Medical Center (PVAMC) began clinical research with the new technology in 2004, and showed that a person with tetraplegia could control a computer cursor on a screen and perform simple tasks such as opening emails, operating a television, and opening and closing a prosthetic hand. The BrainGate trials combined the expertise of dozens of people throughout the VA and academic research communities, and other VA clinicians and researchers were using some of the same core technologies – electroencephalography (EEG), magnetic resonance imaging (MRI), and computational neuroscience, for example – to inform and validate their own investigations. It seemed natural that this knowledge and capability should be gathered, under the umbrella of VA’s Rehabilitation Research and Development (RR&amp;D), into a single center that could leverage its impact.

A mock-up of a BrainGate interface on display at the Boston Science Museum in October 2005.

In this edition of Veterans Affairs & Military Medicine OUTLOOK, we look the U.S. military's ongoing fight against COVID-19; interview the director of the Defense Health Agency, Lt. Get. Ronald J. Place, MD; examine how VA and MHS nurses have responded to the challenges of the pandemic. In our ongoing look at VA Research, we look at how to deliver effective treatments, where veterans are; learn about precision medicine in mental health; and, finally, we're invited inside to see the incredible work being performed by the VA's Center for Neurorestoration and Neurotechnology, and how they are healing the brains and bodies of veterans. We wrap up with stories on DMLSS supply chain modernization, innovative technologies that support personalized health care, and the impact that the Korean War has had on battlefield medicine. 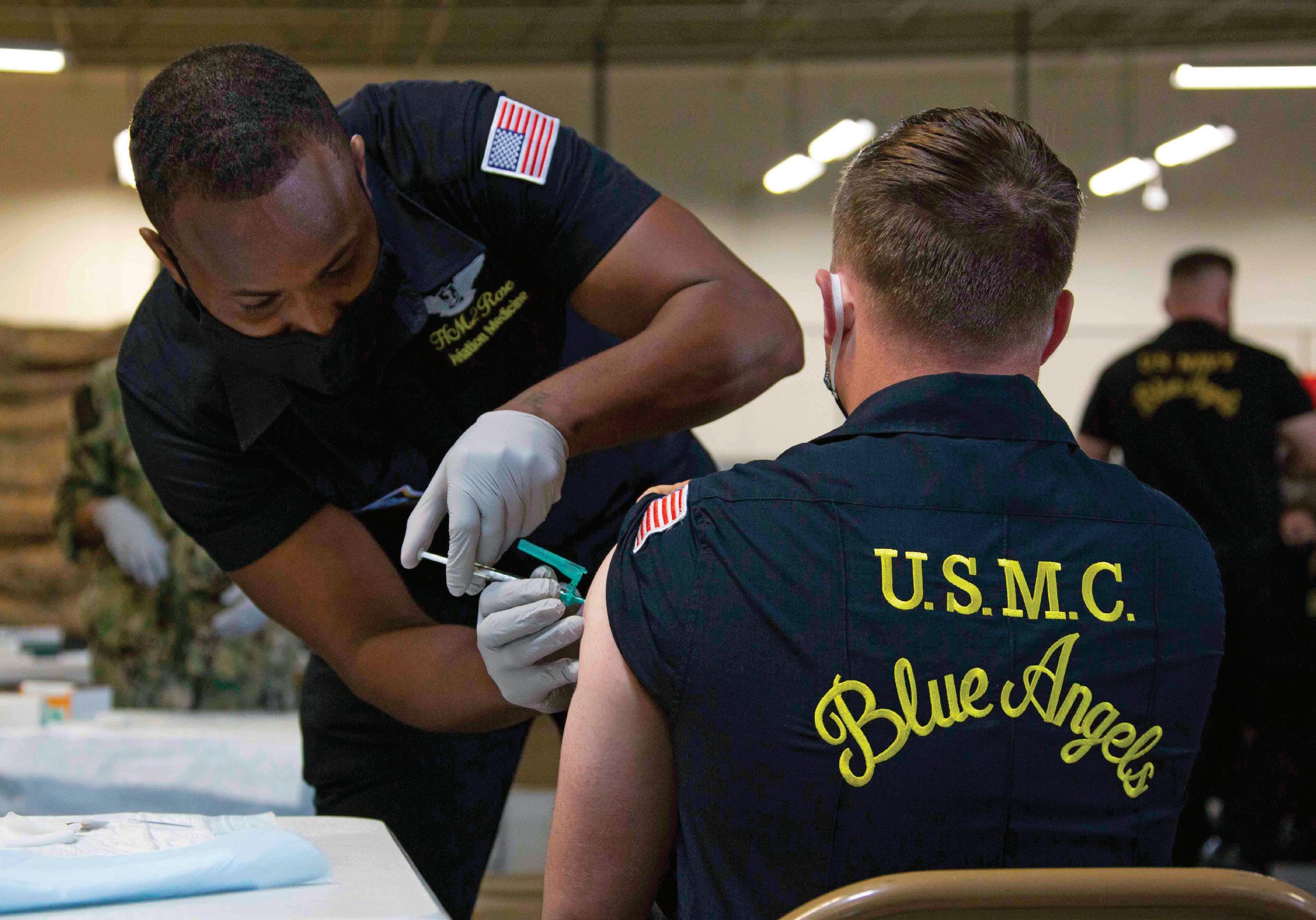 THE WAR AGAINST COVID-19 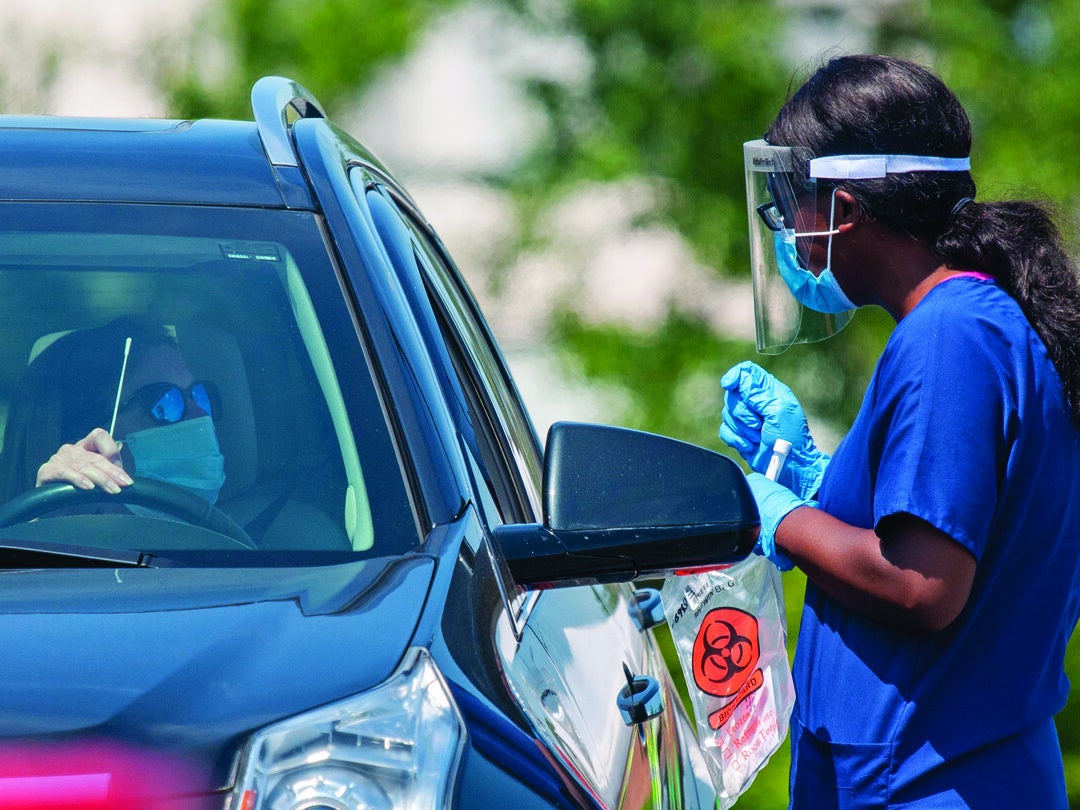 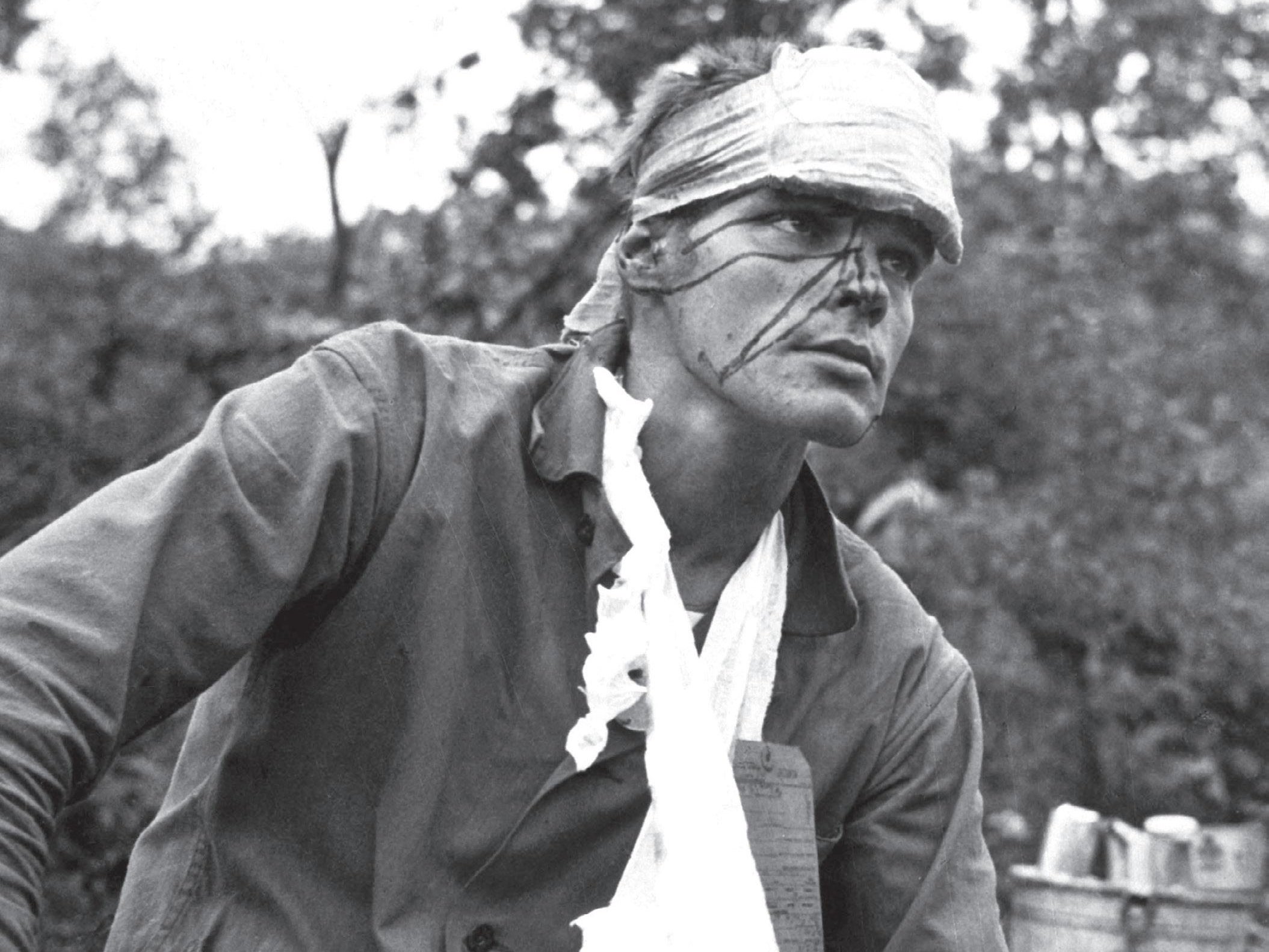 BATTLEFIELD MEDICINE IN THE KOREAN WAR 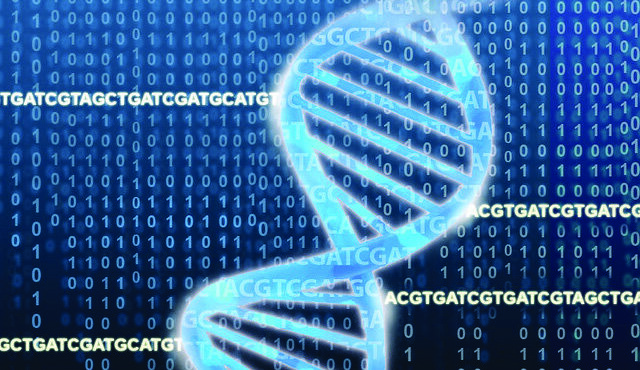 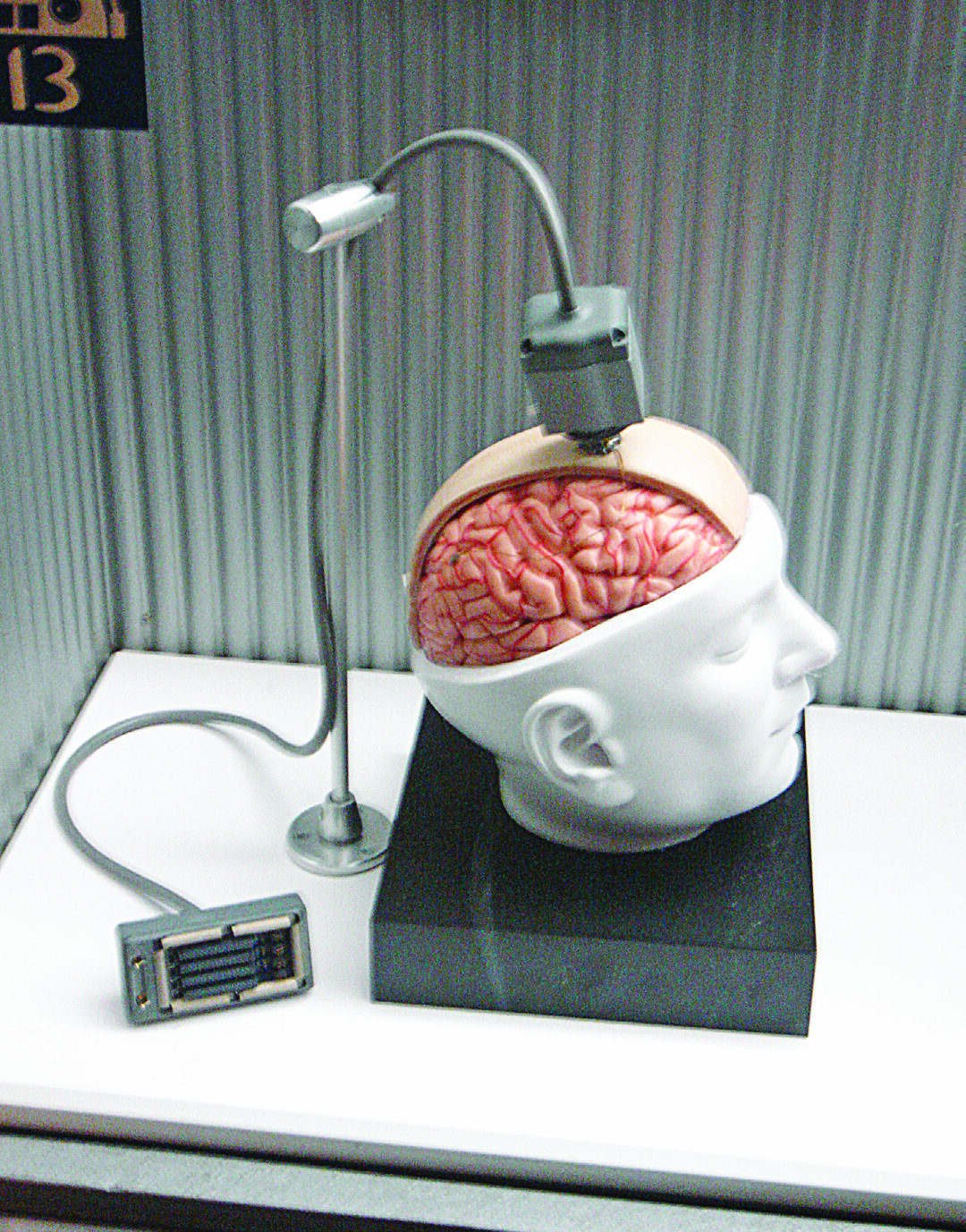 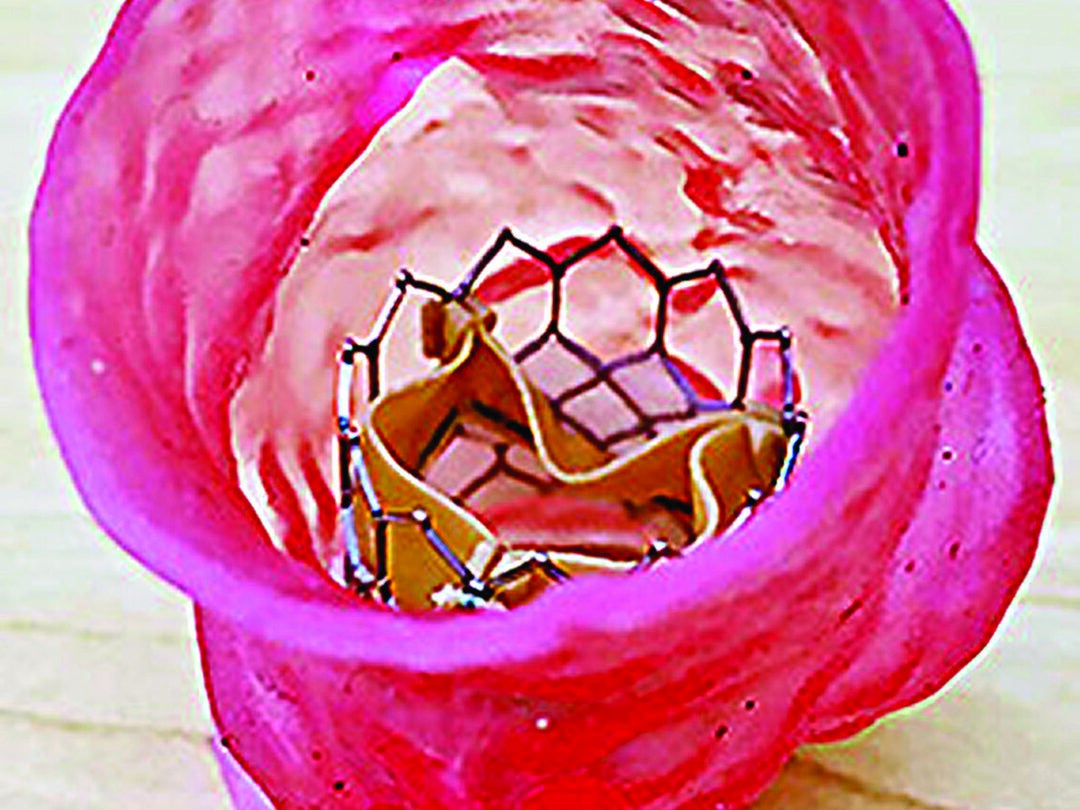 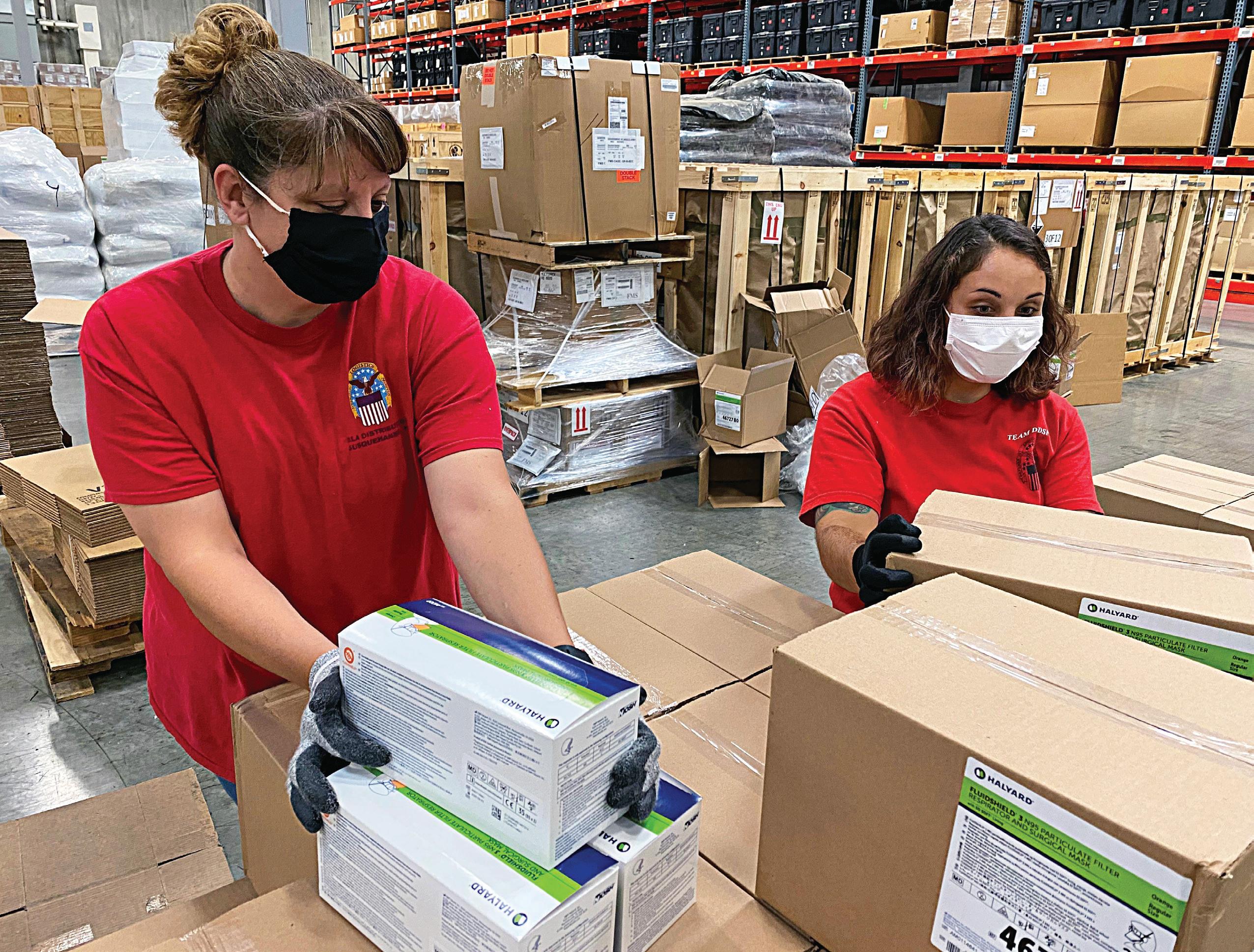 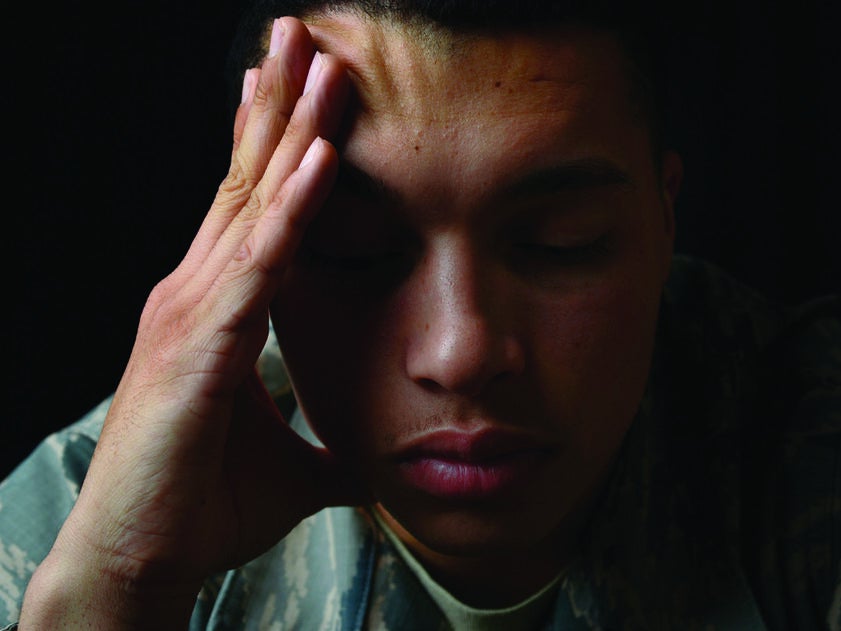 VA RESEARCH: EFFECTIVE TREATMENTS, WHERE THE VETERANS ARE