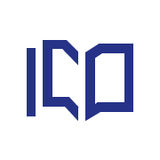 Fagbokforlaget is one of the largest academic imprints in Norway, with titles and digital tools covering every tier of the educational path. From simple tools for toddlers, through secondary school on to higher education. The imprint has successful portfolios in several vocational areas, as well as a major presence in language training for immigrants. The imprint also publishes several academic journals, as well as managing several yearly publications for the Norwegian government.