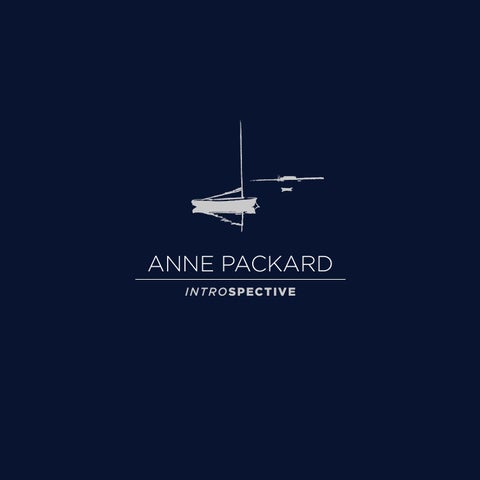 to shingled shoulder, squeezed together at the tidal edge. Windows peer into windows, decks abut decks. Neighbors, in their daily doings, unwittingly reveal themselves to each other like lovers in Ukiyo-e woodblock prints---seeing and being seen through the balustrades of deck railings, latticework trellises, whitewashed ladders, ersatz portholes, small square windows, and over the tops of privet hedges carved as clean as stone. Framed this way, sometimes shockingly so, such glimpses of life would be personal enough, and highly charged among the younger members of nextdoor families. But because of the nearness of the sea, the circadian rhythm of tides, the spiritual spaciousness of bay and sky, and the ritual repetition of all these things summer after summer, you don&#39;t just live alongside your neighbors in the floating world of Provincetown; you dream with them. On a summer night, when a full moon rises over the bay and high tide brims under the boards of adjacent decks, you share the water as if it were a vast collective unconscious. In most seaside towns, the water is out there; in Provincetown, the high-water mark can be below your pillow. Through the night,

rising from the bedroom floor as if from the hull of a ship, come the sounds of life afloat: waves slapping against bulkheads, slopping around interior pilings, gradually diminishing to light splashes as the tide recedes. Early in the morning, far out along the sand flats where a summer fog has fermented the dregs of the outgoing tide, a seductive fragrance wafts into bayside bedrooms. As the tide turns once more and boats swing on their moorings in a light breeze, this sharp tang penetrates the nostrils to the back of the tongue, so salty and powerful, it is as if everyone asleep in their cottages on Commercial Street had overnight shared some private moment in a bathhouse.

the summer she began living and painting at 621 Commercial Street, the old Bissell Cottage, which had stood so long as a rental among a rabbit warren of Bissell-owned cottages, that practically everyone on the East End-my family included-had at one time, going as far back as the 1920s, lived there in ramshackle splendor for a season. Provincetown was just passing out of that era when a landlord or a doctor would take payment in the form of a painting. Property ownership was uncommon; most people could barely afford the summer rents. No one would have known anyone&#39;s ANNE PACKARD’S HOME AND STUDIO

square footage. The talk of a June morning was about house sitting, or shacking up at the tennis club, or sharing a studio for the season. On the waterfront side of Commercial Street, where we lived opposite the Packards, summer people tended to have permanent phone numbers. But few if any went in for the undemocratic pretension of a named house; Lily Harmon’s Harmony or Robert Motherwell’s Sea Barn (with Motherwell&#39;s Mercedes parked outside and his beamy Boston Whaler on its nearby mooring) were as high-style as it got. Even Norman Mailer, with ex-wives and alimony and children to house, had to fold his tent every September and start all over in June. Anne Packard stood apart on the East End. As a newly single mother of five, she had just relocated from another kind of life in suburban Princeton, N.J., and was preparing to live in an unheated summer rental cottage all year round. She was 44 and had no visible means of support. To a neighbor like Bob Motherwell, as Anne recalled it, “I was this barefoot woman with all these kids and no money who lived down the street who painted all these paintings that he liked.” i But she did not socialize with the Motherwells, or the Mailers, with anyone much at all. By her own later description, Anne was “sort of antisocial by nature.”ii I see her in memory, sizing up a visitor coming toward her deck from the street. Stray strands of auburn hair are coming untucked from behind both her ears, but she manages to be both brassy and cautious as she stands at her front door, arms akimbo, as if guarding something within. “Who,” she says in a deep, throaty, Wonderland voice, “are you?” As a painter, she stood very much alone, even after a couple of years in Provincetown. 1977 happened to be a vintage year in Provincetown’s history as an artists&#39; colony; among other things, it was the second year of the photographer

at 30, when the last of her children was six months old, she had taken up brushes and taught herself to paint, pushing herself to sell her work wherever it could be shown. Earlier, as a young girl, she had been discouraged from painting by her parents. A portrait that she painted of Zella Newcomb Bohm when her grandmother was 80 suggests that it was her maternal grandparents&#39; family that first put brushes and an oil palette in her hands. Her father, a physician who wanted a more conventional life for Anne, sent her to secretary school and encouraged her to marry young. She then survived 17 years of what became a deeply unhappy marriage that ended when her writer husband left her for a much younger woman. After 1974, she and her castaways were left to live with the mystery and horror of Stephen&#39;s unending absence. Recalling the “persistent ache” of the years that followed, Anne observed that “people didn&#39;t want to know about my grief, which made me YOUNG ANNE

furious and so hurt.”iii She describes painting her way out of the pain, poignantly recognizing pain&#39;s strange paradox; namely, that the only way out of it is first to go still more deeply into it. A broken heart unmended except by brush on board was certainly one cause of the richness in Packard&#39;s post-1977 work. But that&#39;s not enough of an explanation. Anyone seriously considering the images in this multi-media project documenting the artist&#39;s life and work must wonder how a newly divorced, deeply grieving, 40-yearold self-taught painter and mother of five landed all one summer in Provincetown, Mass., and became Anne Packard. For if this artist has painted paintings that are more than charming marine landscapes, it was because of Anne Locke Packard’s awakening at water&#39;s edge to her deep roots, far from Cape Cod, in the centuriesold high culture of Germany.

IN THE SUMMER OF

Bohm, a proud and passionate painter with an international reputation, first brought his family to the tip end of Cape Cod by the Fall River Line from New York City, then a train the rest of the way. Born in Cleveland, Ohio, in 1868 to a well-to-do family that retained an injured affection for German culture, Maximilian Bohm was raised in fervent nostalgia for the long-lost eminence of his grandfather, Karl Christian Bernard Bohm, a prominent jurist, STUDIO INTERIOR

author, and friend of Goethe and Schiller, who had stormed out of Saxony because of his politics, arriving in antebellum America to settle in Ohio. Max&#39;s father, Henry Bohm, and mother, Emilie Stuhr, second-generation owners of a Cleveland lumberyard, remained so devoted to “the Teutonic way of life,” as one granddaughter recalled, that they named their firstborn after their hero, the Austrian archduke Ferdinand Maximilian. At 11, Max Bohm studied at the Cleveland Art School, later training at the Academie Julien in Paris. His earliest subjects were waves and the sea, fisherman and their boats. Tall, handsome, idealistic, Bohm painted with large, bold brushstrokes and one of his larger works, containing a depiction of fishermen at sea hoisting a sail, received the place of honor at the Paris Salon of 1898. Bohm’s En Mer was the sensation of the studios and of the French art press. The painting drew crowds so thick that it was roped off to keep viewers at a distance. The thirty-year-old American won the exhibition&#39;s gold medal, the glory of France, which was poured out at a banquet thrown for him by the city of Paris. Bohm also won the hand of the Minnesota-born Zella Newcomb, herself an artist, who first learned of him as she stood with the crowd of delirious Parisians in front of the celebrated painting. Three months later they were married.iv That same year, with his beloved “Teeky” at his side, Bohm moved back to Étaples, a fishing village on the Normandy coast where he had taught a painting and composition class and now hoped to start a family. In 1899, Zella gave birth to their first child, Helen, an exceptionally lovely infant, to judge from family photos. But, with no formula and no mother&#39;s milk to feed her, she died of malnutrition six months later. Max and Zella buried her in the local graveyard, and out of their poverty-Bohm’s canvases were not yet selling as they would even a few years later-paid for perpetual care of the lonely little grave. Zella had three more children, Max, Esther, and Elizabeth, known as Betty. Bohm was a warm-hearted, devoted and strict father. He enjoyed children, loved his own and loved to draw and paint them. In his studio, the passing of brush from parent to child began early. When Bohm was in a relaxed and happy mood, he allowed Max, a rugged boy, and Esther (the future mother of Anne Packard), a mischievous sprite with clear blue eyes, rosy round cheeks, and two tiny braids of yellow hair tied with black ribbon, to play with paint and brushes. He even permitting them, as Esther recalled, “to put a wavering brush on a half-finished canvas — just to have had a part in its creation.” A N N E PA C K A R D

ness, a solitude that bespeaks an almost religious contemplation of nature. In Friedrich’s case, that contemplation was thoroughly religious—an inference that can be identified in certain works by Packard’s grandfather, whose own parents were German-born. But Packard, attuned more to her American roots, approaches nature deistically, finding God not in the middle of nature, as if coming upon a crucifix in the middle of a forest, but suffused throughout the natural world. All landscape painters descend of course from the Dutch, and Packard’s painting displays a broad grasp of the achievements of Baroque-era Dutch painters, from the low-horizon tonalism of Jan van Goyen and Salmon Ruisdael early in that century to the mid-century panoramic sweep of Rembrandt, Philips Koninck, and Salomon’s nephew Jacob van Ruysdael. Such painters, great and small, made Constable and Corot, Homer and Hopper possible, and their lessons in looking outward recur in Packard’s finely wrought but emotionladen views. Still, as Friedrich’s example shows, there are other approaches to land- and seascape that add to the Dutch treats. Packard’s painting descends as clearly from the lucid examples of French Baroque landscape, as realized by Nicolas Poussin and (in her case especially) Claude Lorrain, and the Venetian sea- and townscapes of 18th century Italian, notably Venetian, painters such as Canaletto and Francesco Guardi. There is little overt evidence in Packard’s work of Claude’s and Canaletto’s clarity of edge; but the logic of her open and serene compositions is, if anything, closer to theirs than to those of their Dutch contemporaries.