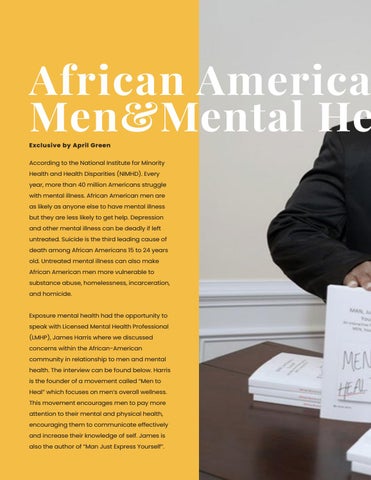 According to the National Institute for Minority Health and Health Disparities (NIMHD). Every year, more than 40 million Americans struggle with mental illness. African American men are as likely as anyone else to have mental illness but they are less likely to get help. Depression and other mental illness can be deadly if left untreated. Suicide is the third leading cause of death among African Americans 15 to 24 years old. Untreated mental illness can also make African American men more vulnerable to substance abuse, homelessness, incarceration, and homicide. Exposure mental health had the opportunity to speak with Licensed Mental Health Professional (LMHP), James Harris where we discussed concerns within the African-American community in relationship to men and mental health. The interview can be found below. Harris is the founder of a movement called “Men to Heal” which focuses on men’s overall wellness. This movement encourages men to pay more attention to their mental and physical health, encouraging them to communicate effectively and increase their knowledge of self. James is also the author of “Man Just Express Yourself”. 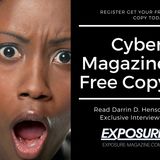