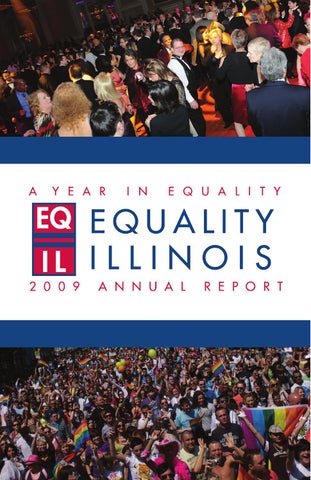 In my first month at Equality Illinois, I spoke with a man who had just moved to Illinois from Iowa with his husband. He was shocked that, having fought for so long for equal rights in his native state, he lost them upon crossing the border. “We moved 100 miles, not 100 years,” – he said. “What rights do we have as a couple now?” That is the most difficult part of our work. I have no problem calling out a lawmaker who does not see LGBT equality as a matter of basic fairness, and I love talking to our allies about how we can move forward. But the difficult truth is that we do not yet have full equal rights. We have accomplished much in this great State of Illinois, and we have a lot of which to be proud. We were among the first and early states to pass broad non-discrimination protections that covered both sexual orientation and gender identity. We organized forcefully and effectively to beat back anti-gay ballot initiative. With the eye on the ultimate mission, we traversed the entire State, hitting communities large and small, making the case for equality. And in the past year alone, we registered thousands of new voters and connected thousands more with their representatives in Springfield. Each of you supporting our work throughout the year deserves credit for how far we have come. As members of the community and as allies, you speak up in your neighborhoods, at your workplaces, and at the ballot box about the importance of respect and full equality under the law for LGBT people. But we still have such a long way to go. I do not have to tell you about committed same-sex couples who are denied the most basic relationship protections, or about transgender people whose lives can be subjected to the whim of unsympathetic bureaucrats, or students bullied and harassed in schools. These are urgent challenges requiring our urgent action and, with your help, Equality Illinois is taking them on. We have a busy year ahead working toward statewide relationship recognition, organizing our allies through our Allied For Equality initiative, creating positive school resources through our School (in)Equality Project, building bridges with communities of faith – to name just a few. Join us, and together we can change both laws and attitudes. We can only succeed with your participation and support. I look forward to another year of our shared successes.

Allied for Equality is a joint project of Equality Illinois (EQIL) and Parents, Families and Friends of Lesbians and Gays (PFLAG) - Northern Illinois PFLAG Council. The mission is to secure equal rights for all LGBT individuals and celebrate the diverse race, age, disabilities, gender, sexual orientation or ethnicity of everyone who helps in this struggle, with the specific focus of creating a network of straight allies and advocates in Illinois. Why allies specifically? Because the more voices added to this struggle, the louder we are! As Chas, EQIL’s intern reminds us, “we can’t do it on our own.” We believe that bringing allies into the movement is not a separate task, but rather completes the circle of “one struggle, one fight.” We have to do this together – LGBTQ and A! At the outset, our biggest challenge was getting the word out. So we did what we love to do - talked to community organizations, faith communities, individuals and tabled at festivals/outreach events. We also learned how to use and incorporate “social networking” (new world to me) to spread the word, thanks to students at Columbia. As the first couple months passed, we heard from allies across the state who had a loved one, friend, or coworker who is LGBT or someone who identified as LGBT and wanted to do something. Other folks didn’t really have LGBT rights on their radar but they made a commitment to become more educated. From a few dedicated individuals, the project soon grew to a couple hundred people! From the beginning and throughout the past year, I have met amazing people who volunteered their time, put together fundraisers, crafted our first newsletter, and did everything from knocking on someone else’s door for civil unions to calling about national ENDA to having the courage to stop anti-gay conversation when they hear one. We visited Carbondale and Springfield and towns in between, and though we have all encountered negativity, I was overwhelmed by support and courage displayed by people throughout the state. Nathan is one such individual. “As an ally, I have been involved in canvassing neighborhoods, phone calls, signing up new members and even traveling to Springfield to lobby our state representatives – whatever I could do to provide more exposure for the issue of equality.” As a project, Allied for Equality, continues to do the outreach across Illinois that is needed to secure equal protection. That means going to more towns across the state, speaking to more college and faith communities, and overall engaging individuals to get involved. We still have a lot to do to strengthen popular support for LGBT equality, to make further inroads with legislators and individuals who need to hear our message. Join us on facebook, twitter (allied4equality), linked-in, myspace or at www.alliedforequality.org (and don’t forget to tell your family and friends too!). See you on the road!

a strong network on over 15,000 supporters throughout the state

and training activists in city after city. town after town

polls & surveys of public attitudes and support for LGBT equality

The listings reflect contributions during the 2009 fiscal year. We apologize for any inadvertent omission in this report - we love all of our supporters. 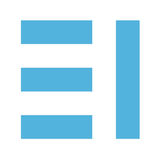