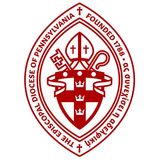 from Caminos Fall 2021
by Episcopal Diocese of Pennsylvania 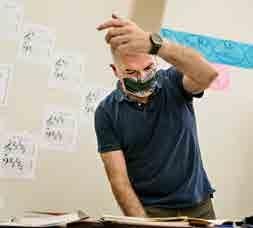 No One Should Go Hungry While Healthy Food Goes to Waste

Hunger and poverty present persistent and heartbreaking realties for many in Philadelphia and the surrounding communities. With one in four families in the Philadelphia area living in poverty – the highest rate among the 10 most populous cities in the U.S. – the commitment to end poverty has become a priority for the diocese and a driver of many of its programs.

Every Tuesday morning, Carolyn Ellis, director of The Food Cupboard at the Church of Annunciation on Carpenter Lane in Northwest Philadelphia, joins with her volunteers to prepare for one of the busiest days of the week. Clients begin waiting in line well before the 11 a.m. opening, and stream in and out of the food pantry throughout the day. Each will leave with healthy portions of both fresh and nonperishable food, and might also receive some instruction on life skills, nutrition and perhaps even recipes to use with the more unique ingredients they may cart home. Some might linger, enjoying the camaraderie and the opportunity for social contact – even more welcome during times of Covid isolation, Ellis said.

“Before Covid, we had a group of men who would sit here and play dominoes,” she said. “It’s become a social thing – the highlight of the week for many of the people who come here.” Whatever food is unclaimed by the end of the afternoon is delivered to the Four Freedoms House of Philadelphia, where it is shared with its senior residents who also struggle with food insecurity. Nothing goes to waste, Ellis said, and all of it is appreciated.

The goodwill – and the very real lessening of hunger in Ellis’ community and beyond – is the result of a partnership between churches in the diocese and Philabundance, a non-profit organization founded in 1984 with the simple belief that no one should go hungry while healthy food goes to waste. At its inception, Philabundance was run by former corporate communicator Pamela Rainey Lawler, who delivered food to needy city residents from her Subaru. Last year, the organization's 150-plus employees distributed more than 50 million pounds of food through its 350 member agencies in nine counties – five in Pennsylvania and four in New Jersey, according to Cathy Faatz, a distribution coordinator at Philabundance. Through these cooperative efforts, the organization is able to help feed roughly 90,000 people (including nearly 30,000 children) each week.

“We couldn’t do it without the people we work with at the agencies, which includes food cupboards, pantries and emergency kitchens,” said Faatz. “And we are able to do it in a way that makes sense for the community. They are the ones who know the community best, know what their needs are and the best way to meet them, whether it’s a food cupboard, or a boxed meal for seniors or a retail rescue, where we can partner with a local grocery store to pick up extra food, such as produce. We refer to it as the 'last mile' of service."

“Everyone deserves respect, whether you sleep under a roof or under the stars.”

This story is from:
Caminos Fall 2021
by Episcopal Diocese of Pennsylvania