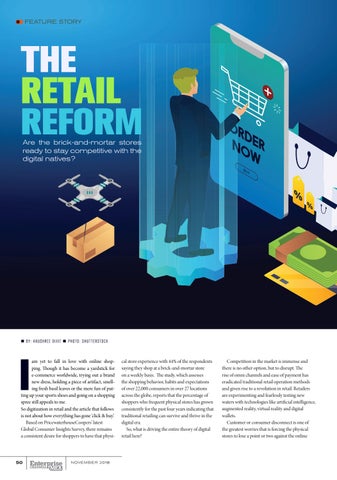 THE RETAIL REFORM Are the brick-and-mortar stores ready to stay competitive with the digital natives?

am yet to fall in love with online shopping. Though it has become a yardstick for e-commerce worldwide, trying out a brand new dress, holding a piece of artifact, smelling fresh basil leaves or the mere fun of putting up your sports shoes and going on a shopping spree still appeals to me. So digitization in retail and the article that follows is not about how everything has gone â&amp;#x20AC;&amp;#x2DC;click &amp; buyâ&amp;#x20AC;&amp;#x2122;. Based on PricewaterhouseCoopersâ&amp;#x20AC;&amp;#x2122; latest Global Consumer Insights Survey, there remains a consistent desire for shoppers to have that physi-

cal store experience with 44% of the respondents saying they shop at a brick-and-mortar store on a weekly basis. The study, which assesses the shopping behavior, habits and expectations of over 22,000 consumers in over 27 locations across the globe, reports that the percentage of shoppers who frequent physical stores has grown consistently for the past four years indicating that traditional retailing can survive and thrive in the digital era. So, what is driving the entire theory of digital retail here?

Competition in the market is immense and there is no other option, but to disrupt. The rise of omni channels and ease of payment has eradicated traditional retail operation methods and given rise to a revolution in retail. Retailers are experimenting and fearlessly testing new waters with technologies like artificial intelligence, augmented reality, virtual reality and digital wallets. Customer or consumer disconnect is one of the greatest worries that is forcing the physical stores to lose a point or two against the online

Data Centre in the Cloud ERA 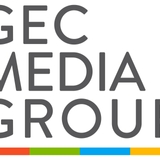