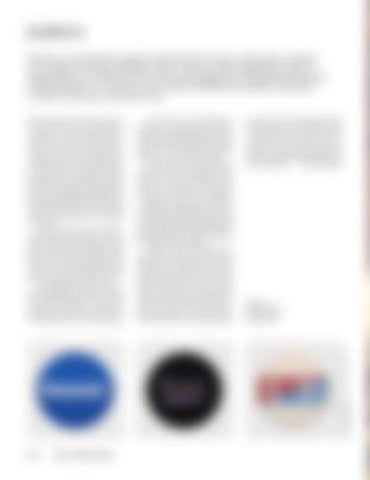 ZURICH Visitors to Art Basel would be well served to hop on the train to Zurich for a break from the madness, when a host of new exhibitions open in expectation of overflow from the art fair juggernaut. Switzerland may be characterized as a country full of order, but there are plenty of places in town to let your hair down too. There is also a nod to the things we wear upon our clothes, and for his solo exhibition at Galerie Maria Bernheim (9 June–28 July), Mitchell Anderson shows two metre-wide paintings of campaign badges for the various Kennedys who have run for office from 1957 to date. Look out too for major retrospectives: Imi Knoebel at the Museum Haus Konstruktiv (until 2 September) and Christo at the Galerie Gmurzynska (until 30 June). Both have strong Swiss connections: Knoebel’s ever-changing re-imagining of geometries operate in a tradition well appreciated in the country; and Christo and Jeanne-Claude (until her death in 2009) often developed their ideas in Switzerland—though the authorities turned down a proposal to wrap Lake Geneva’s famous fountain jet. Talking of lakes, the Swiss have a reputation for being almost too well behaved, yet they shake that off around Lake Zurich in the summer, when eighteen wooden pontoons fill up with sunand-water bathers who stay on into the night as the lidos become bars. If that makes you hungry, bear in mind that the cheese fondue was invented in Zurich: it may have a rather retro, 1970s image in the world at large, but can be a treat if done well. Another unusual dining option

arises from the trend towards pop-up restaurants, which run temporarily without committing to the high fixed costs the galleries suffer, leaving word of mouth and social media to ensure that the latest hot spots are well patronized. Is there an ace fondue pop-up? That’s your Zurich challenge! (Paul Carey-Kent)

Zurich is ranked as one of the world’s most liveable cities, but that’s not because it’s cheap, and for all Switzerland’s reputation as an epicentre of the finance world, the art scene has felt the pinch in recent years. Look no further than the Löwenbräu Areal on Limmatstrasse, a former brewery which was refurbished as a prime location for galleries in 2014. The building has a somewhat muted air, having lost occupants recently. Nonetheless, there remain plenty of galleries in four main geographical groupings. All rely significantly on the business-critical week of the nearby Art Basel, prior to which many open new shows on the weekend of 9–10 June. One current theme is the dramatic intersection of art and fashion. Fifty artists from the Renaissance to the present day deal with such eccentricities as codpieces, crinolines and slashed clothes in Fashion Drive. Extreme Clothing in the Visual Arts at the Kunsthaus Zürich until 15 July. One of them is Jakob Lena Knebl, who once dressed as an iconic sofa. Young American fashion photographer Erik Madigan Heck has also crossed into the contemporary art scene with his distinctive treatment of patterning, as demonstrated by his solo show at Christophe Guye Galerie until 25 August.

Angst may have found its first expression in the pages of philosophy books, but it’s the arts that have given it such a relatable (and often cathartic) aesthetic and experiential flourish. Without Munch’s Scream, Sofia Coppola’s The Virgin Suicides and Radiohead’s, well… everything, how on earth would we be able to wallow in all that is unavoidably human and painful in such glorious splendour? In this issue we speak with six artists who explore angst from their point of view, variously discussing the postnatal state, fear of an unknown political future and, unexpectedly, the funny side of our mortal woes. 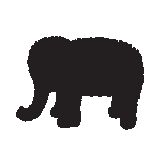