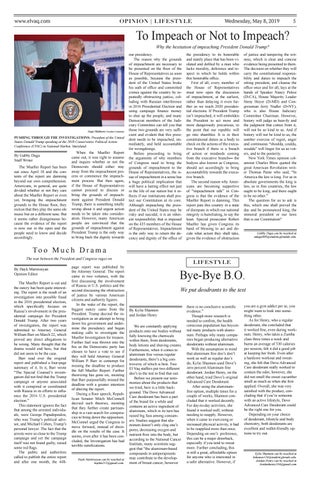 To Impeach or Not to Impeach? Why the hesitation of impeaching President Donald Trump?

PUSHING THROUGH THE INVESTIGATIONS: President of the United States Donald Trump speaking at the 2018 Conservative Political Action Conference (CPAC) in National Harbor, Maryland.

By Gabby Duga Staff Writer The Mueller Report has been out since April 18 and the contents of the report are damning beyond our own comprehension. Americans, in general, are quite divided whether or not they care about the Mueller Report or even yet, bringing the impeachment grounds to the House floor, they reckon that they play the same ole music but on a different tune. But it seems rather disingenuous because the evidence of the report is now out in the open and the people need to know and decide accordingly.

When the Mueller Report came out, it was right to assume and inquire whether or not the Democrats should either stay away from the impeachment process or commence the impeachment process. But then again, if the House of Representatives cannot proceed to discuss or bring the grounds of impeachment against President Donald Trump, there is something totally wrong about it and urgent action needs to be taken into consideration. However, many American people are convinced that the grounds of impeachment against President Trump is the only way to bring back the dignity towards

our presidency. The reason why the grounds of impeachment are necessary to be presented on the floor of the House of Representatives as soon as possible, because the president of the United States broke his oath of office and committed crimes against the country by repeatedly obstructing justice, colluding with Russian interference in 2016 Presidential Election and using campaign finance money to shut up the people; and many Democrat members of the Judiciary Committee can tell you that those two grounds are very sufficient and evident that this president needs to be impeached, immediately, and held accountable for wrongdoings. Before proceeding to bring the arguments of why members of Congress need to bring the grounds of impeachment to the House of Representatives, the issue of impeachment in a sense has a huge political implication that will have a lasting effect not just in the life of our nation but it reflects if our institutions shall protect our Constitution at its core. Although impeaching the president of the United States may be risky and suicidal, it is an inherent responsibility that is imposed on the 435 members of the House of Representatives. Impeachment is the only way to return the decency and dignity of the office of

the presidency to its honorable and stately place that has been violated and defiled by a man who lacks morality, deference and respect in which he holds within this honorable office. First of all, every member of the House of Representatives must now open the discussion of impeachment, at the earliest, rather than delaying it even further as we reach 2020 presidential elections. If President Trump isn’t impeached, it will embolden the President to act more and more dangerously precarious, to the point that our republic will go into shambles. It is in their constitutional duties as a body to check on the actions of the executive branch if there is a breach of action or misdeeds coming from the executive branch— the body— also known as Congress, should act accordingly to bring accountability towards the executive branch. The second reason why Americans are becoming supportive of “impeachment talk” in Congress is that the evidence of the Mueller Report is damning. This report puts this country in a state of disrepute in which our national integrity is humiliating, to say the least. Special prosecutor Robert Mueller has given Congress its hand of blessing to act and decide what action they shall take, given the evidence of obstruction

of justice and tampering the witness, which is clear and concise evidence being presented to them. The decision on whether they will carry the constitutional responsibility and duties to impeach the sitting president, and cleanse the office once and for all, lays at the hands of Speaker Nancy Pelosi (D-CA), House Majority Leader Steny Hoyer (D-MD) and Congressman Jerry Nadler (D-NY), who is also House Judiciary Committee Chairman. However, history will judge us heavily and the judgment that comes from it, will not be so kind to us. And if history will not be kind to us, the somber exercise of regret, anger and continuous “shoulda, coulda, woulda” will linger for us as voters, and to the posterity. New York Times opinion columnist Charles Blow quoted the great American Revolution writer Thomas Paine who said, “In America the law is king. For as in absolute governments the king is law, so in free countries, the law ought to be king; and there ought to be no other.” The question for us to ask is this, which one shall prevail the day and be pronounced king, the immoral president or our laws that is our Constitution? Gabby Duga can be reached at nduga808@student.glendale.edu.

To o M u c h D r a m a The war between the President and Congress rages on By Hayk Martirosyan Opinion Editor The Mueller Report is out and the outcry has been quite interesting. The report is the result of an investigation into possible fraud in the 2016 presidential election, which specifically focuses on Russia’s involvement in the presidential campaign for President Donald Trump. After two years of investigation, the report was submitted to Attorney General William Barr on March 22, which proved any direct allegations to be wrong. Many thought that the drama would end here, but that did not seem to be the case. Barr read over the original report and published a four-page summary of it. In it, Barr wrote “The Special Counsel’s investigation did not find that the Trump campaign or anyone associated with it conspired or coordinated with Russia in its efforts to influence the 2016 U.S. presidential election.” This statement ignores the fact that among the arrested individuals, were George Papadopoulos, who was Trump’s political advisor, and Michael Cohen, Trump’s personal lawyer. The fact that the arrests were so close to the Trump campaign and yet the campaign itself was not found guilty, raised some red flags. The public and authorities called to publish the entire report and after one month, the 448-

page report was published by the Attorney General. The report came in two volumes, with the first discussing the involvement of Russia in U.S. politics and the second discussing the obstruction of justice by various American citizens and authority figures. In the wake of the report, the biggest outcry came from the President. Trump decried the investigation as an attempt to bring down his government and undermine the presidency and began making calls to investigate the Mueller Investigation for treason. Further fuel was thrown into the fire as the Democratic party has chosen to have a vote to see if they will hold Attorney General William P. Barr in contempt for missing the deadline to produce the full Mueller Report. Further theorizing has gone on, insisting that Barr purposefully missed the deadline with a greater intention of altering the report. During a floor speech, Republican Senator Mitch McConnell decried such theories, insisting that they further create partisanship in a vain search for conspiracies to bring down the opposition. McConnel urged the Congress to move forward, instead of dwindle on the results of the case. It seems, even after it has been concluded, the Investigation has had terrible ramifications. Hayk Martirosyan can be reached at haykm212@gmail.com.

Bye-Bye B.O. We put deodrants to the test By Kylie Shannon and Jordan Henry We are constantly applying products onto our bodies without fully knowing the chemicals within them, from deodorants, body lotions and shaving creams. Furthermore, when it comes to aluminum free versus regular deodorants, there’s a big controversy of which is best. Two El Vaq staffers put two different deo’s to the test to find that out. Before we present our testimonies about the products that we tried, here is a little background. The Dove Advanced Care deodorant has been a part of the brand for a while and contains an active ingredient of aluminum, which in its turn has raised big fuss among consumers. Studies suggest that aluminum doesn’t only clog one’s pores, decreasing oxygen and nutrient flow into the body, but according to the National Cancer Institute, many scientists suggest that “the aluminum-based compounds in antiperspirants may contribute to the development of breast cancer, however

there is no conclusive scientific evidence.” Though more research is needed to confirm, the health conscious population has boycotted many products with aluminum. Perhaps why many companies began producing alternative deodorants without aluminum. With the assumption in mind that aluminum free deo’s don’t work as well as regular deo’s do, Kylie Shannon used Dove’s zero percent Aluminum free deodorant. Jordan Henry, on the other hand, tried Dove’s original Advanced Care Deodorant. After using the aluminumfree option, multiple times for a couple of weeks, Shannon concluded that it worked decently. For day-to-day activities, she found it worked well, without needing to reapply. However, when it came to exercising or increased physical activity, it had to be reapplied more than once. Depending on one’s preference, this can be a major drawback, especially if you tend to sweat more. Further concluding, this is still a great, affordable option for anyone who is interested in a safer alternative. However, if

you are a gym addict per se, you might want to look into something other. As for Henry, who a regular deodorant, she concluded that it worked fine, even during workouts. Henry, who takes a Zumba class three times a week and burns an average of 530 calories per session, felt it did a good job at keeping her fresh. Even after a hardcore workout and sweating, she felt that Dove Advanced Care deodorant really worked to contain the odor, however, she did not smell the sweet cucumber smell as much as when she first applied. Overall, she was very satisfied with the product, concluding that if you’re someone with an active lifestyle, Dove Advanced Care Deodorant could be the right one for you. Depending on your choice of deodorant, lifestyle and body chemistry, both deodorants are excellent and wallet-friendly options to try out. 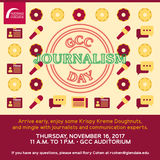