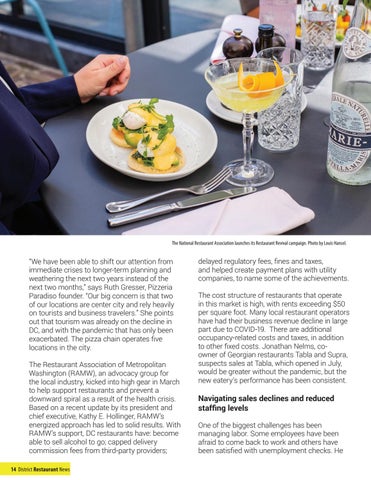 “We have been able to shift our attention from immediate crises to longer-term planning and weathering the next two years instead of the next two months,” says Ruth Gresser, Pizzeria Paradiso founder. “Our big concern is that two of our locations are center city and rely heavily on tourists and business travelers.” She points out that tourism was already on the decline in DC, and with the pandemic that has only been exacerbated. The pizza chain operates five locations in the city. The Restaurant Association of Metropolitan Washington (RAMW), an advocacy group for the local industry, kicked into high gear in March to help support restaurants and prevent a downward spiral as a result of the health crisis. Based on a recent update by its president and chief executive, Kathy E. Hollinger, RAMW’s energized approach has led to solid results. With RAMW’s support, DC restaurants have: become able to sell alcohol to go; capped delivery commission fees from third-party providers; 14 District Restaurant News

delayed regulatory fees, fines and taxes, and helped create payment plans with utility companies, to name some of the achievements. The cost structure of restaurants that operate in this market is high, with rents exceeding $50 per square foot. Many local restaurant operators have had their business revenue decline in large part due to COVID-19. There are additional occupancy-related costs and taxes, in addition to other fixed costs. Jonathan Nelms, coowner of Georgian restaurants Tabla and Supra, suspects sales at Tabla, which opened in July, would be greater without the pandemic, but the new eatery’s performance has been consistent.

Navigating sales declines and reduced staffing levels One of the biggest challenges has been managing labor. Some employees have been afraid to come back to work and others have been satisfied with unemployment checks. He 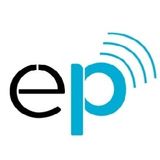