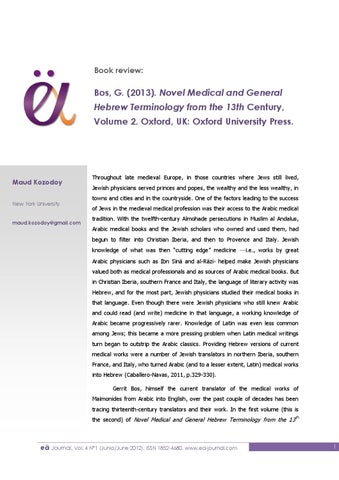 Throughout late medieval Europe, in those countries where Jews still lived, Jewish physicians served princes and popes, the wealthy and the less wealthy, in towns and cities and in the countryside. One of the factors leading to the success of Jews in the medieval medical profession was their access to the Arabic medical tradition. With the twelfth-century Almohade persecutions in Muslim al Andalus, Arabic medical books and the Jewish scholars who owned and used them, had begun to filter into Christian Iberia, and then to Provence and Italy. Jewish knowledge of what was then “cutting edge” medicine

Arabic physicians such as Ibn Sīnā and al-Rāzī- helped make Jewish physicians valued both as medical professionals and as sources of Arabic medical books. But in Christian Iberia, southern France and Italy, the language of literary activity was Hebrew, and for the most part, Jewish physicians studied their medical books in that language. Even though there were Jewish physicians who still knew Arabic and could read (and write) medicine in that language, a working knowledge of Arabic became progressively rarer. Knowledge of Latin was even less common among Jews; this became a more pressing problem when Latin medical writings turn began to outstrip the Arabic classics. Providing Hebrew versions of current medical works were a number of Jewish translators in northern Iberia, southern France, and Italy, who turned Arabic (and to a lesser extent, Latin) medical works into Hebrew (Caballero-Navas, 2011, p.329-330). Gerrit Bos, himself the current translator of the medical works of Maimonides from Arabic into English, over the past couple of decades has been tracing thirteenth-century translators and their work. In the first volume (this is the second) of Novel Medical and General Hebrew Terminology from the 13 th

Aphorisms). Third is an edition, translation and analysis of the glossary (and its preface) added by Nathan to his translation of Ibn Sīnā’s K. al-Qānūn fī al-ṭibb. The fourth is a selection of terms from David b. Abraham Caslari’s translation of a Latin version of Galen’s De inaequali intemperie. Fifth is a list of some terms drawn from Shimshon Ben Shlomo’s translation of an Arabic abridgement of Galen’s

Critical Days. The sixth is a selection of terms from two Hebrew translations of a Latin version of the treatise On the Treatment of Small Children attributed al-Rāzī. One is anonymous, the other is by Azariah b. Yosef Ibn Abba Mari, also known as Bonfos (Bonafus) Bonfil Astruc. Bos adds for each text a brief biographical introduction, a description of what is known of their translation activity, and a summary of the translation technique of each scholar. These thirteenth-century Jewish translators had to face the bitter fact that the Hebrew language, drawn as it was from the Bible and rabbinic literature, did not have the technical medical vocabulary needed to reproduce the rich and detailed Arabic medical terms. In medicine in particular translators were faced with a wide range of technical terms with no counterpart in Hebrew. There were Arabic words for plants, animals, medical conditions, anatomical parts, drugs, and other medications, and in order to deal with these, the translators used various techniques. The lack of a standardized lexicon meant each translator was free to choose his own translation style. One might say they were creating their own language, a technical medical Hebrew, almost from scratch. Bos discusses in detail some of the translation strategies of each of his subjects. For example, Shem Tov ben Isaac of Tortosa

broadly speaking, chose a free and non-literal method of approaching the text and, with respect to his chosen vocabulary, claimed to have searched biblical, rabbinic and romance sources; when unable to find the word he needed, he simply transliterated the Arabic into Hebrew characters (p. 7-8). Others chose different approaches, including loan translations (calques) and semantic borrowing. Sometimes they took existing words from the ancient biblical and rabbinic vocabulary and merely gave them new meanings. The various ways in which these medical translators faced their common problem reveals their attitudes towards the status of each language. One hopes that when Bos has proceeded further in his work he will be able to present us with some synthetic conclusions about the motivations and

concerns of these medical translators, and how those might have been shaped by their socio-cultural contexts. Many fourteenth- and fifteenth- century Hebrew medical manuscripts are still extant in libraries across the world, mostly unpublished and hardly studied. Bosâ&amp;#x20AC;&amp;#x2122; work here, providing lists of Hebrew medical terms, continues to make these works more accessible to scholars of medieval Hebrew medicine both by clarifying the technical vocabulary used and by making possible, because of the characteristic idiosyncracies of these translators, the identification of anonymous medical translations. In addition, sometimes these translators also provide Hebrew transliterations of the words in the local vernaculars as well, offering a rich source for scholars of those languages. One last point. In this volume we find Jewish translators turning to Latin, in some cases for versions of Greek or Arabic works, and sometimes for original works by Christian physicians. These scholars formed part of the larger centuries-long movement of Jewish translations into Hebrew. This movement included a wide range of material, from philosophy and mathematics to magic and astrology, and relied most consistently on Arabic sources, for a number of religio-cultural reasons (Freudenthal, 1993; 2011). However, of all these fields, medicine was practically and immediately useful and subject to the most intense market pressures, and it was in medicine that recourse to Latin is first and most consistently attested. While this is not his focus, Bos has provided a fascinating snapshot of the types of texts chosen for translation by thirteenth-century Jews.

Gerrit Bos, himself the current translator of the medical works of Maimonides from Arabic into English, over the past couple of decades has been tracing 13th century translators and their work. In this new volume, referring back to the material in the first for comparison, Bos has put together six further texts: first are two lists of novel medical terms drawn from the important translators Shem Tov Ben Isaac of Tortosa (his translation of al-Rāzī’s K. al-Manṣūrī) and Nathan ha-Me’ati of Rome (his translation, independent of that by Zeraḥyah Ḥen, of Maimonides’ Medical Aphorisms). Third is an edition, translation and analysis of the glossary (and its preface) added by Nathan to his translation of Ibn Sīnā’s K. al-Qānūn fī al-ṭibb. The fourth is a selection of terms from David b. Abraham Caslari’s translation of a Latin version of Galen’s De inaequali intemperie. Fifth is a list of some terms drawn from Shimshon Ben Shlomo’s translation of an Arabic abridgement of Galen’s Critic... 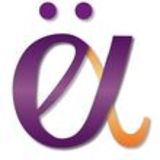