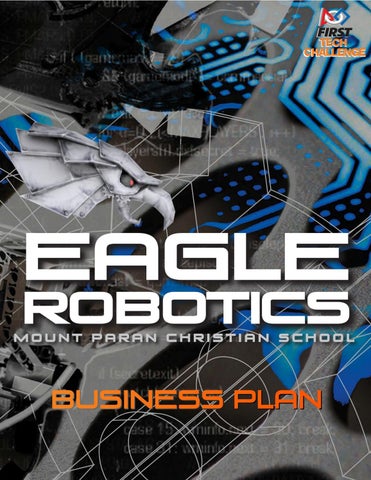 Grants may be available. Check our website for offerings.

Teams of up to 10 students formed by schools, after school programs, home schools, community groups.

Grants may be available. Check our website for offerings.

Teams design their own solution to a real-world problem and build autonomous LEGO® MINDSTORMS® robots that perform a series of missions based on an annual theme.

Guided by adult Coaches and Core Values, teams design and build a Team Model based on the Challenge, using LEGO® Education WeDo to program it to move. They illustrate their research and journey in a Show Me Poster, sharing what they learned.

$50 million in scholarships from nearly 200 Providers.

Teams of up to 15 students formed by schools, after school programs, home schools, community groups.

Teams design, build, and program their robots to compete in an Alliance format against other teams. Robots are built from a reusable platform, powered by Android technology, and programmed using Java or Blocks.

Teams of students build and program a robot to perform prescribed tasks against a field of competitors, and are challenged to design a team “brand,” and hone teamwork skills.

AT-A-GLANCE "Mount Paran Christian School is a place where faith and intellect grow as one. Our robotics program captures the God-given talents of each student and fosters their curiosity, resilience, and creativity to better our community and the world. Our high school robotics students routinely give back to our school community by mentoring younger students and supporting the growth of our middle school robotics program. The opportunity a ﬀ orded to our students to work with industry experts, learn skill sets for the work force and craft a level of expertise before entering college is a unique gift and a blessing" Tawanna Rusk High School Head Mount Paran Christian School

Connect Award – team most connected to the local and engineering community

Rockwell Collins Innovate Award – team with the most ingenuity and inventiveness

Finalist Alliance Award – Alliance in the final match of the competition

Events Events are exciting and fast-paced, and offer opportunities to connect with students/teams from diverse backgrounds ■ 500 Official Competitions, worldwide ■ More than 15 countries ■ Up to 48 teams per event ■

Each year, FIRST releases a new game with fresh challenges to excite and engage students through hands-on robotics competition. The 2017-2018 game Relic Recovery–is an action-packed game where teams score by moving glyphs into various patterns, or by placing the relic on the designated scoring area outside of the field.

Why Sponsor Us? Sponsor Benefits Each Sponsor receives The benefits in their category and all below it.

new FTC teams that are in the o Logo/Name on Themed same league as the two Eagle T-shirt Robotics teams to help o Recognition on Social introduce them to FIRST and Media Pages the new league play system that Eagle Level $249-$1 Georgia FIRST has implemented for this on season. o Recognition Website The team also enjoys supporting the school and serving at school events and visiting local engineering businesses.

Eagle Robotics aims to educate a new group of students in STEM through FIRST and robotics. For many seasons, Eagle Robotics has provided experience in areas of STEM such as 3D printing, working with real materials, interacting with companies in a professional manner, and leadership. Many former and a few current members have been able to pursue engineering jobs thanks to their experience in this program, and these experiences are made possible only through sponsors and donors of our team. The team has had a history of success, advancing to SuperRegionals twice out of the past four seasons, making Eagle Robotics one of the top FTC organizations in Georgia, and the team hopes to advance even further in the competition.

In-Kind Donations and Sponsorships Eagle Robotics seeks not only more than just financial contributions. The team gladly accepts any kind of support you can offer, including in-kind donations, mentoring students, and educational support. Eagle Robotics has learned a lot from our sponsors, and the team hopes to continue to build relationships with our sponsors to be even more successful in the future. The relationship Eagle Robotics and sponsors is very important, and something that is valued highly by the team.

In 2002, the late Professor R. Glenn Allen (Southern Polytechnic State University Mechanical Engineering) invited Mount Paran Christian School STEM Coordinator Brad Smith to the inaugural year of the Georgia hub of the organization called Boosting Engineering, Science, and Technology (BEST). The team gratefully accepted his invitation, and thus Mount Paranâ&#x20AC;&#x2122;s high school competition robotics team was born. The team spent ten years playing in the BEST league. In the 2013-2014 season, Eagle Robotics made a transition from the BEST organization to For Inspiration and Recognition of Science and Technology (FIRST), which provides greater opportunities for robot programming and control Founded over twenty years ago, FIRST encourages students ages 6-18 to develop a love for science, technology, engineering, and math through competitive robotics. FIRST helps to spread STEM throughout the country and the world. Students can learn public speaking skills, make new connections with others who are interested in STEM, and gain skills that are useful in the workforce. Today the team has grown substantially into two FIRST Tech Challenge teams. It now consists of more than fifteen students who are split into two teams and two coaches that help mentor both teams. The members are all students at Mount Paran Christian School. The team has one faculty coach, Brad Smith- a physics and engineering teacher, and one engineering mentor from Lockheed Martin, John Quarles. Eagle Robotics operates primarily based on a few core values. The primary of these values is FIRST Things First, which is based on Matthew 6:33- But seek first his kingdom and his righteousness, and all these things will be given to you as well. The team begins every meeting with a prayer and we work in a way to honor God. Another core value is based on Philippians 2:3-4- Do nothing out of selfish ambition or vain conceit. Rather, in humility value others above yourselves, not looking to your own interests but each of you to the interests of others. Eagle Robotics places heavy importance on our outreach and service to others including our schoolâ&#x20AC;&#x2122;s two FLL teams.

During the 2017-2018 season, Eagle Robotics is committed to spreading FIRST ideals by connecting with the community in various ways. This includes continuing to mentor the two FLL teams they assisted in starting in Mount Paranâ&#x20AC;&#x2122;s Middle School, volunteering at FIRST events such as FTC or FLL competitions, and seeking opportunities to spread STEM and FIRST outside of their school and FIRST community. They plan to achieve these goals by connecting with local businesses and other organizations in their area.

Eagle Robotics interacts with parts that were designed by them and machined by Win-Tech Inc.

Eagle Robotics listen to a presentation from the executives at CKS Packaging.

Eagle Robotics observes the use of 3D printers at CKS Packaging.

This budget will cover all costs for two FIRST Tech Challenge teams though the Georgia State Championship. It will also cover the cost of one team traveling and competing at the South Super-Regionals. If more than one team makes it to Super-Regionals or a team(s) makes it to World Championships in Houston, Texas, additional funding will be needed in order for them to compete. Expenditures: Event Registration and Fees Transportation Marketing Robot parts, robot tools, and equipment Uniforms Engineering Notebooks South Super-Regionals Total:

Eagle Robotics is a large, diverse group with a unified desire to develop their God-given talents and abilities while honoring Him with a balance of professionalism, service, and infectious joviality. 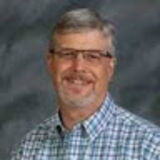