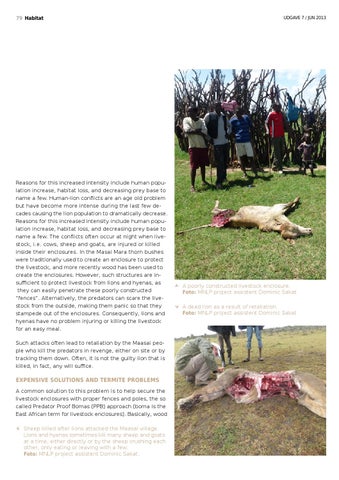 EXPENSIVE SOLUTIONS AND TERMITE PROBLEMS A common solution to this problem is to help secure the livestock enclosures with proper fences and poles, the so called Predator Proof Bomas (PPB) approach (boma is the East African term for livestock enclosures). Basically, wood 

Sheep killed after lions attacked the Maasai village. Lions and hyenas sometimes kill many sheep and goats at a time, either directly or by the sheep crushing each other, only eating or leaving with a few. Foto: MNLP project assistent Dominic Sakat. 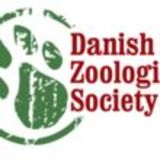