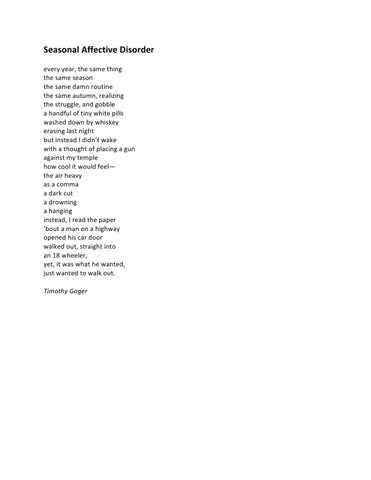 Seasonal Affective Disorder every year, the same thing the same season the same damn routine the same autumn, realizing the struggle, and gobble a handful of tiny white pills washed down by whiskey erasing last night but instead I didn’t wake with a thought of placing a gun against my temple how cool it would feel— the air heavy as a comma a dark cut a drowning a hanging instead, I read the paper ’bout a man on a highway opened his car door walked out, straight into an 18 wheeler, yet, it was what he wanted, just wanted to walk out. Timothy Gager