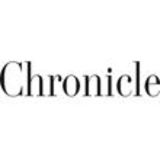 The Chronicle, the independent student newspaper at Duke University, is actually older than the University itself. The first issue of The Trinity Chronicle was published Dec. 19, 1905. Trinity College became Duke University in 1924, and the newspaper continued to cover campus news and the world around it. The Chronicle has a circulation of 6,000 and now publishes 9 print special editions a year. Dukechronicle.com, established in 1995, gets an average of 350,000 visitors per month and content is updated daily.