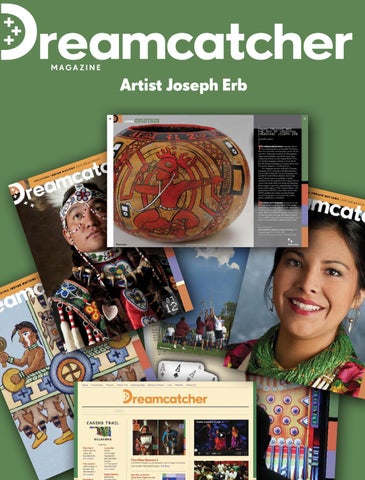 Also, today there are rule s for safety no tackling reasons, below the wai st of the bal in order to avo l carrier, id leg and ank le injury. No they prefer to cleats, play bare-fo oted in the sum and wear ligh mertime t running sho es at other times.

the game as well as making the kapuch or stickball a sticks. They have involved children in their playing the Choctaw stic game as wel kball l as instructing oth ers to play making stic and kball sticks and ball.

We play 15 minute qua rters with a half after 2 break at quarters. In My oldest gra the old day ndson, Brenne score was pre s, the final r Billy, is 18 determined years old and or set prior a freshman game. For inst to the at the Univer ance, if the Central Ok sity of y decided the lahoma in Edm would be won game ond, Oklah at 100 points, He continu oma. es to perpet they would for several uate the stic play days or unt game by inco kball il the team rporating it scored 100 points. Eac as an on-cam h striking of activity. He pus the goalpost has played ball equates with the in many stic to 1 point. Ge games in Ok kball nerally, most lahoma and were set at games Mississippi. 20 points. younger gra The Also, in Ch nds ons, Miko, octaw Stickball, the age 9, Trayvia goalposts wer age 10 and n, Logan Billy, e at each end the playing age 5, curren of field and one in age approp tly play team had to riate stickba advance the ll games. ball to the opp onentâ&amp;#x20AC;&amp;#x2122;s goa defense on l. The the opposin Curtis Billy g team cou grew up in the player with ld tackle Broken Bow , Oklahoma the ball; the with six sibl ings and his refore, it too more skill and parents, Ed k maneuvering Cynthia Bill and y. to Under his lea sco re The same stra a point. dership, Ch tegy applies youth have octaw today. been playing Choctaw stic Broken Bow kball at High School Is your fam , Inter-tribal ily still involv and gam in the es, ed with Ch Labor Day Stickball? Festival, Tus octaw hkahoma, Oklahoma with an exh I have been ibition gam in charge of e on the Capitol Law pre n since 197 senting a stickball exh 7. That sam ibition gam the Choctaws e year, e at the won the title Choctaw Na in a Five Civ tion Labor Da Tribes Tourna ilized y Festival sinc ment. Curtis 1976. I hav e is currently e not missed em ployed with a year. Now, the Choctaw sons, Bryon my two Nation Lan Mahli Billy Department. guage age 37, and He teaches Ch Chilita Billy Jimmy octaw Langua age 31, hav and Culture, e grown up ge and Choctaw playing History at Southeaste rn Oklahom a State Univer sity.

&gt; THUMB TALKING AND THE ART OF SPEAKING CHEROKEE: JOSEPH ERB &gt; by heather ahtone &gt; &gt; he relationship between language and culture are intertwined across the globe. For Native American communities, the language is woven into the visual arts. Continuing to produce art that expresses indigenous knowledge is part of what keeps tribal communities thriving. For artist Joseph Erb (b. 1974), his Cherokee language is integral to his art. But for Erb, the Cherokee language is a driving force for more than just his imagery, it is his life’s passion. As a language specialist working for Cherokee Enterprises, Erb is committed to developing the best tools available to keep the Cherokee language evolving with the needs of the community. Even though many Cherokee stories are available in English, translations from the original lose the nuances that are critical to the whole of the story being told. Retaining fluent speakers is key to the continued vitality of these stories and the culture. For the Cherokee Nation, with approximately 300,000 citizens, there are less than 12,000 speakers who actively use their Southern Iroquoian language to communicate. The need to address tribal fluency is immediate. &gt; peaking one’s language is necessary for the continued vitality of every culture. Often people see the dances and the visual arts as the embodiment of cultures. But the soul of culture is seeded in the language. Without the traditional language, there is no way to invoke the prayers, the songs, the traditional ceremonies, or to tell the stories that carry the tribe’s genesis and history. For too many Native communities this is a lived

experience as only 5.4% of Native American families are fluent speakers of their tribal language. Without the original language and speakers who know it, the culture is at risk of dying. It is the mission of artist Joseph Erb to keep his language alive.

&gt; his is why Erb, who received a Masters of Fine Arts from the University of Pennsylvania, made The Beginning They Told (2003) integrating Cherokee language into an animated short that tells the story of the Cherokee genesis. When he began teaching students how to develop their animation skills, he found it to be a viable way to pass on the language. He observed that young Cherokee people were often disconnected from their language because they were inhibited from using it as computers and texting became the most common ways for most people to communicate. Erb, with others at the Cherokee Nation, recognized that if they could conceive of a way to interface the language with the technology, that the young people would be more likely to retain their language skills–even develop them. They approached leaders

T &gt; &gt; Joseph Erb demonstrates the Cherokee language iPhone. Email, text messaging and other apps can use the language as part of the native operating system.

&gt; Top: We Prayed in Water (2012) animated short voiced concerns about the effects of “fracking” on local water sources.

at Apple, Inc., who by 2003 had already made the Cherokee’s unique syllabary available as a standard font on all Apple products. Erb and his colleagues in the tribal language program imagined the best case scenario and then worked to make it happen. By 2010, Cherokee language was supported for iPhone and iPad. In 2011, Google searches could be made in Cherokee. In 2012, Gmail was fully supported. But the challenge did not end there. Erb and his colleagues then had to work with tribal elders to create Cherokee terms that reflected the technology that was now available. Erb explained that phrases evolved like “thumb talking” for texting and “lightning paper” for email. This creativity and innovation has influenced Erb’s other creative activities. &gt; rained as an animator, Erb continues to develop media-based art that addresses issues important to his Cherokee identity. But he flexibly uses whatever medium allows him to progress his message. He fuses traditional Cherokee imagery with cutting edge technology onto the painted surface of gourds, a time-honored tradition. He thinks its important that these reflected his contemporary experience as a tribal person. Gourd with Warriors Addressing Modern Technology (p. 12) shows the warrior sitting within the circular organized field with his weapons of choice, a mobile phone, an iPod, and a laptop computer. The warrior, sitting in a position of authority, is changing the world with his traditions intact. Not unlike Erb may see himself Recently, he participated in “H2OK: Native Response to Water Issues in Oklahoma.” We Prayed in Water (p. 14) was an animated short presented in Cherokee, with English subtitles, with concerns about the effects of “fracking” on local water sources that required no translation. His figures are drawn with thoughtful simplicity giving a conceptual balance to the weight of his message. An acoustic guitar track brought fluidity to the message without cliché. That’s important to Erb, bringing together culture, iconography and language in a presentation that avoids stereotypes of Cherokee, or even Native American. By placing Cherokee figures and subjects in a 21st century environment, Erb is leaping through time, binding culture and contemporaneity together. In this

process of connecting his culture to the present, he is also rejecting the shroud of a colonialized past that has loomed over all of Indian Country in some form. He replaces it with a Cherokee-centric vision. &gt; his is not done to promote antagonism but to suggest that the world can be seen from other perspectives that are equally as valid as the Euro-American-centric paradigm. This is evident in his series of global maps, where the names of every country are shown in Cherokee. The act of renaming has been used historically to erase the identities of the Indigenous people who live in these places. How many state names have subsumed the identities of the people who once inhabited these regions at the cost of their exile or extinction? Illinois, Michigan, Kansas, Arkansas and other names of municipalities that mask the colonialized history of this country. For many young Native American people, the burdens of cultural survival in the twentieth century have turned towards the challenges of bringing their cultures into the twenty-first century world of technology and globalization. Erb is one of many who are embracing this challenge with creativity and confidence, seeking the goal of creating a place where there is room for them to have a strong cultural identity while being a global citizen. Erb sees the possibilities. He is exploring new possibilities, like using traditional metals to integrate an iconic traditional figure with the interface of a mother board’s circuits and Cherokee text as a form of jewelry. Though animation remains an important tool for Erb, he continues to develop as a painter and illustrator. Erb is the classic renaissance man, whose dreams are checked only by the limited hours in a day. One can only imagine how the next generation will build on the legacy he is establishing.

&gt; Heather ahtone (Choctaw/Chickasaw) is the James T. Bialac Assistant Curator of Native American and Non-Western Art at the Fred Jones Jr. Museum of Art at the University of Oklahoma. 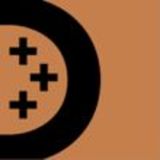