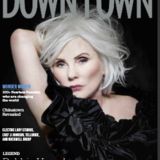 Living amongst the highest mountains in the Philippines, and calling themselves ‘sky-people,’ the lfugao are masters of terracing. Developed over two thousand years ago, in the land-locked Cordillera Mountain Range on the island of Luzon in the Philippines, the lfugao’s terraces on the steep slopes are considered to be the Eighth Wonder of the World. The terraces, known in Filipino as palayan, filter and purify rainwater from tropical pine forests at the top of the mountains, for both the small villages in the Cordilleras and for the major cities downstream, eventually dispersing it through grasslands towards the ocean. The forests capping each terrace cluster are known as muyong and contain over two hundred and fifty indigenous plant species. The lfugao’s palayan serve as an innovative model of terraformiog that irrigates, purifies, and provides a platform for community-driven ecological rice farming.

From Lo-Tek Design by Radical Indigenism, by Julia Watson. Taschen, 2019.

FROM THE GREEK MYTHOS, meaning story-of-the-people, mythology: has guided mankind for millennia. Three hundred years ago, intellectuals of the European Enlightenment constructed a mythology of technology. Influenced by a confluence of humanism, colonialism, and racism, the mythology ignored local wisdom and indigenous innovation, deeming it primitive. Guiding this was a perception of technology that feasted on the felling of forests and extraction of resources. The mythology that powered the Age of Industrialization distanced itself from natural systems, favoring fuel by fire.

Today, the legacy of this mythology haunts us. Progress at the expense of the planet birthed the epoch of the Anthropocene, our current geological period characterized by the undeniable impact of humans upon the environment at the scale of the Earth. Charles Darwin, scholar and naturalist who is seen as the father of evolutionary theory, said “extinction happens slowly,” yet sixty percent of the world’s biodiversity has vanished in the past forty years. Coming to terms with an uncertain future and confronted by climate events that cannot be predicted, species extinctions that cannot be arrested, and ecosystem

One of the world’s most innovative examples of an indigenous infrastructure are the living root bridges and living root ladders of the Khasi tribe of Northern India. The Khasis are an indigenous hill tribe from the state of Meghalaya, which translates to ‘above of, in the clouds.’ Their forested lands overlook the plains of Bangladesh and are in a monsoonal rain shadow with the highest levels of precipitation found on earth. During the monsoon, travel between villages is cut off by floodwaters that transform the landscape from a thick canopy to isolated forest islands. The Khasi have developed the only bridges able to withstand the force of the monsoonal rains. First documented by a young Scotsman named Henry Yule in 1841, these constructions are living bridges and ladders, created by guiding growing trees across the riverine corridors of the Jaintis Hills region.

Las Islas Flotantes Is an Island system Inhabited by the Uros, a civilization older than the Incas in Peru. Individual islands are inhablted by up to twelve families. The Uros build their entire civilization from the locally grown totora reed.

A line of evenly spaced.spoil craters snake along the surface of the desert from the high Elburz Mountains to the Plains of Iraq. They are the only evidence of an invisible, subterranean manmade stream called a qanat, which will appear kilometers away in a fanned oasis of agricultural land that seems alien to the arid, alluvial plain. Qanats are meticulously designed tunnels and channels, constructed first by the Persians during the early years of the first millennium BCE. They sourced, directed, and transported underground water from the mountains of presentday Iran to Tehran. Qanat tunnels are hand-dug up to several kilometers long, with vertical shafts, sunk at intervals of twenty to thirty meters, to remove excavated material and provide ventilation and access for repairs. A main qanat tunnel slopes gently down from deep within a mountainside through villages to eventually distribute irrigation water to fields and beyond. This ancient innovation allowed Persian farmers to succeed despite long, dry periods when surface water was unavailable.

At the confluence of the Tigris and Euphrates rivers, relics of a unique water-based civilization remain. Known as Iraq’s Garden of Eden and the Mesopotamian Venice, this rare aquatic environment, existing oddly in a desert, has great religious significance; it is believed to be the site of the biblical Garden of Eden, referenced in the Bible and the Koran, the site of the Great Flood, and the birthplace of Abraham. Home to Marsh Arabs and diverse wildlife, Iraq’s southern marshes are by far the Middle East’s most ecologically, culturally, and spiritually important wetland. The semi-nomadic Marsh Arabs, ‘Adan’ or Ma’dan, meaning ‘dweller in the plains’ have continuously inhabited this land for six thousand years. Today, the Ma’dan and their ancient building techniques have all but disappeared, as political turmoil and water insecurity permeate the Middle-East region.

failures that cannot be stopped, humanity is tasked with developing solutions to protect the wilderness that remains, and transform the civilizations we construct. While we a re drowning in this Age of Information, we are starving for wisdom.

Only a sliver of the technologies that existed at the time of the Enlightenment were valued and shepherded through to the present. Meanwhile, an alternative mythology of technology has been with us since well before the Enlightenment. It is unacknowledged, existing at the far ends of the Earth, with its contributors deemed primitive for centuries. While ‘modern’ societies were trying to conquer Nature in the name of progress, these indigenous cultures were working with it.

Indigenous technologies are not lost or forgotten, only hidden by the shadow of progress in the remotest places on earth. While society values and preserves the architectural artifacts of dead cultures, like the four thousand-year-old Pyramids of Giza, those of the living are displaced, like the six-thousand-year-old floating island technology of the Ma’dan in the southern wetlands of Iraq. Extending the grounds of typical design, Lo-TEK is a movement that investigates lesser-known local technologies, traditional ecological knowledge (TEK), indigenous cultural practices, and mythologies passed down as songs or stories. In contrast to the homogeneity of the modern world, indigeneity is reframed as an evolutionary extension of life in symbiosis with nature. Continuing the conversation on vernacular architecture as popularized in Bernard Rudofsky’s Architecture Without Architects exhibition at MoMA in 1967, Lo-TEK explores the intersection of design and radical indigenism. Coined by Princeton Professor and citizen of the Cherokee Nation Eva Marie Garoutte, radical indigenism argues for a rebuilding of knowledge and explores indigenous philosophies

capable of generating new dialogues. The concept of radical indigenism takes its name from the Latin derivation of the word radical: radix, meaning root. Design by radical indigenism imagines a movement that rebuilds an understanding of indigenous philosophies in relation to design to generate sustainable and climate resilient infrastructures. This Lo-TEK movement filIs a void at the intersection of innovation, architecture, urbanism, conservation, and indigenism. Once hybridized and scaled, these indigenous technologies could offer a new path to exponentially shrink the ecological footprint of humankind and mitigate the forecast collapse.

Lo-TEK orients us towards a different mythology of technology. One that evolves humanism with radical indigenism. This mythology is told in a compendium of over one hundred indigenous innovations from four ecosystems across the globe: mountains, forests, deserts, and wetlands. Ranging in elevation from five meters to three thousand eight hundred and fifty meters, a nexus of peoples, places, and practices are explored at a material, modular, structural, and systemic scale. In the Mountains section, the technology of the Inca of Peru, the Khasis of Northern India, the lfugao of the Philippines, and the Subak of Bali are examined. In Forests, the innovations of the Maya of Mexico, the Chagga of Mt. Kilimanjaro in Tanzania, the Malayali of India, the Enawenê-nawê, and the Kayapó of the Amazon Basin in Brazil are analyzed. In Deserts, innovations from the Zuni of New Mexico, the Maasai of Kenya, the Persians of Iran, and the Ngisonyaka Turkana of Kenya are profiled. In Wetlands, the innovations of the Uros of Peru, the Ma’dan of the Southern Wetlands of Iraq, the Bengalese of the Eastern Kolkata Wetlands of India, the Tofinu of Benin, and the Javanese of Indonesia, are explored. DT

LO-TEK DESIGN BY RADICAL INDIGENISM, BY JULIA WATSON, IS REPRODUCED WITH PERMISSION OF TASCHEN. A powerful example of indigenous innovation can be seen in the city of Ganvie, settled by the Tofinu tribe. The Tofinu constructed a watery city in a lake built upon artificial aquaculture pens, at a scale and level of productivity that rivals advanced commercial scale systems. A flight over Lake Nokoue in Southern Benin of West Africa reveals a shoreline of floating forests and frenetic cities. It is believed that four hundred years ago, the king of the Tofinu people, or the ‘men of water,’ took the form of a great egret to soar in a path over the lake’s sacred waters searching to resettle his kingdom. At the Sô River inlet several miles from any shoreline, King Abodohoue created Ganvie. Today, the city has been christened the ‘Venice of Africa’ and is one of the most unique urban lacustrine environments on earth.

LO-TEK DESIGN BY RADICAL INDIGENISM explores examples of indigenous innovation that has existed for thousands of years without the aid of modern technology.

Designer, academic and author, Julia is a leading expert on indigenous technologies, as seen in her monograph Lo-TEK, Design by Radical Indigenism, published by Taschen. She teaches at Harvard and Columbia while also leading an experiential, landscape, and urban design practice: Julia Watson Studio. After graduating from Harvard with the highest award for her work on conservation and spiritual landscapes, she has been widely published and co-authored the Spiritual Guide to Bali’s UNESCO World Heritage with Dr. J. Stephen Lansing. Julia approaches design as a “rewilding,” with a portfolio of projects including the Reef Resilience Initiative with the Great Barrier Reef Foundation, private estates with the owners of PACE Galleries, and the artist Rashid Johnson. She is a fellow of Summit REALITY & Pop!tech, received a Christensen Fund for her work in conserving Bali’s first UNESCO World Heritage site, and was a Disruptive By Design Ambassador for WIRED. Born in Australia, she regularly goes walkabout to connect with sacred sites and indigenous cultures across the globe.