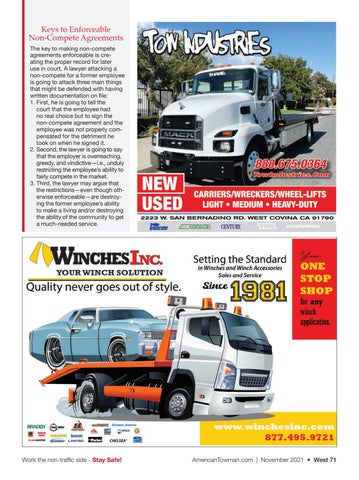 The key to making non-compete agreements enforceable is creating the proper record for later use in court. A lawyer attacking a non-compete for a former employee is going to attack three main things that might be defended with having written documentation on file: 1. First, he is going to tell the court that the employee had no real choice but to sign the non-compete agreement and the employee was not properly compensated for the detriment he took on when he signed it. 2. Second, the lawyer is going to say that the employer is overreaching, greedy, and vindictive—i.e., unduly restricting the employee’s ability to fairly compete in the market. 3. Third, the lawyer may argue that the restrictions—even though otherwise enforceable—are destroying the former employee’s ability to make a living and/or destroying the ability of the community to get a much-needed service.