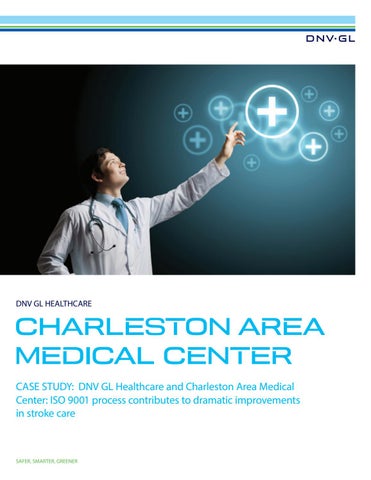 Strokes are one of the nation’s biggest healthcare issues. Every 40 seconds someone in the U.S. has a stroke, and every four minutes someone dies from a stroke. About 133,000 Americans die from strokes every year. Those who survive strokes are often at risk for serious lifelong disabilities. West Virginians are particularly vulnerable to strokes. According to the American Heart Association and the American Stroke Association, nearly 69 percent of the state’s residents are overweight or obese, significantly higher than the national average. Partly as a result, nearly 4 percent of West Virginians have had a stroke -- a rate more than a third higher than the national average. Overall, West Virginia scored 48th out of the 50 states in the prevalence of strokes, according to data from the United Health Foundation. A West Virginian is nearly 2.4 times more likely to suffer a stroke than a Coloradan and more than twice as likely as a resident of Minnesota.1

The use of tPA is one of the most effective ways to mitigate the effects of a stroke, which can range from slurred speech to impaired brain function to widespread paralysis. Studies have shown that the timely administration of tPA can make a significant difference in a stroke patient’s Rankin Score (a scale of how severely a patient is injured by a stroke. Rankin Scores range from zero to six, with the lowest meaning no impact and the highest being death). A 2014 study by researchers at Oxford University concluded that stroke patients who receive tPA within 4.5 hours of reporting symptoms have significantly lower Rankin scores, regardless of age. Patients fared better if they received tPA within three hours of reporting symptoms.2 Given the issues specific to West Virginia and CAMC’s role in providing healthcare services in the state, a more aggressive approach to treating stroke patients was required.

For those suffering from an ischemic stroke—a blockage to a vessel supplying blood to the brain—patients may be given a clot-dissolving medicine called tissue plasminogen activator, or tPA, although if it is not received within a few hours of the onset of a stroke, it will have little to no effect.

DNV GL Healthcare is the second largest hospital accrediting body in the United States and accredits 500 hospitals in 49 states. DNV GL Healthcare adopted the ISO 9001 quality management system — a quality standard that originated in Europe’s manufacturing sector and was then adopted by the organization for American hospitals to improve operational processes and the quality of care. DNV GL Healthcare became CAMC’s accrediting body in 2013. It switched from a longstanding accreditation relationship with The Joint Commission after its executive staff decided to explore other alternatives. When CAMC retained DNV GL Healthcare, hospital staff attended a three-day educational session on the benefits of using the ISO 9001 approach. “The thing that DNV GL brings to us as part of the ISO is strengthening our internal audit process. We always look at things from a clean perspective,” said Barbara Covelli, CAMC’s director of corporate compliance.

HELPING YOU MAKE THE SYSTEM HEALTHIER

After two separate surveys with DNV GL Healthcare on its delivery of services to stroke patients, CAMC was able to strengthen its program for stroke victims, including creating more timely interventions by its team of eight neurologists. It also hired an additional radiologist to more quickly interpret brain scans. As a result, the number of ischemic stroke patients who received tPA within an hour of their stroke totaled 140 between April 2016 and April 2017 — compared to approximately 30 in the year prior to that period. Patients also swiftly received antithrombotics and anticoagulation therapy. After discharge, patients were prescribed cholesterol-reducing drugs and smoking cessation counseling if needed. The hospital also created a telestroke program, guaranteeing patients immediate care from a neurologist even if they are not at the CAMC facility. Care is provided through a “robot” that the neurologist may control remotely to perform a full assessment of the patient.

As a result of these changes, in 2014 CAMC received the highest level of the Stroke Quality Achievement Award from the American Stroke Association. It also received this award in 2015 and 2016. In 2015, CAMC was the recipient of a Malcolm Baldrige National Quality Award. Last year, Peg Palmer, a recently retired CAMC nurse practitioner who also served as program coordinator for the stroke center, suffered a stroke herself. Despite appearing at her former employer with the symptoms of a severe stroke that left her paralyzed on her left side, she walked out of the hospital three days later with few lingering symptoms other than some minor weakness and balance issues. Her speech issues cleared up during her stay. Palmer credits her recovery to the expertise of the stroke team at CAMC. “Everyone collaborated quickly to determine the most appropriate treatment,” she told InFlight magazine.3 “We’re a big supporter of DNV,” Covelli said. “There’s no better way to maintain accreditation and quality.”

DNV GL-Business Assurance is a world-leading certification body. We help businesses assure the performance of their organizations, products, people, facilities and supply chains through certification, verification, assessment, and training services. Within healthcare we help our customers achieve excellence by improving quality and patient safety through hospital accreditation, managing infection risk, management system certification and training. The DNV GL Group operates in more than 100 countries. Our 13,500 professionals are dedicated to helping our customers make the world safer, smarter and greener.