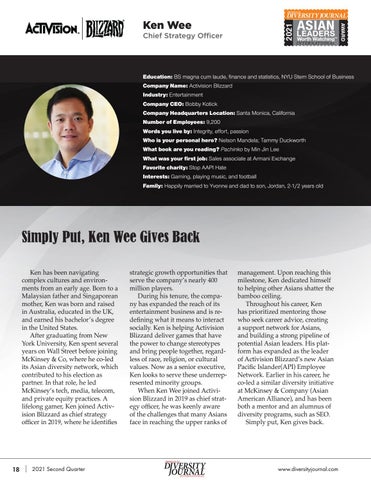 Simply Put, Ken Wee Gives Back Ken has been navigating complex cultures and environments from an early age. Born to a Malaysian father and Singaporean mother, Ken was born and raised in Australia, educated in the UK, and earned his bachelor’s degree in the United States. After graduating from New York University, Ken spent several years on Wall Street before joining McKinsey &amp; Co, where he co-led its Asian diversity network, which contributed to his election as partner. In that role, he led McKinsey’s tech, media, telecom, and private equity practices. A lifelong gamer, Ken joined Activision Blizzard as chief strategy officer in 2019, where he identifies

strategic growth opportunities that serve the company’s nearly 400 million players. During his tenure, the company has expanded the reach of its entertainment business and is redefining what it means to interact socially. Ken is helping Activision Blizzard deliver games that have the power to change stereotypes and bring people together, regardless of race, religion, or cultural values. Now as a senior executive, Ken looks to serve these underrepresented minority groups. When Ken Wee joined Activision Blizzard in 2019 as chief strategy officer, he was keenly aware of the challenges that many Asians face in reaching the upper ranks of

management. Upon reaching this milestone, Ken dedicated himself to helping other Asians shatter the bamboo ceiling. Throughout his career, Ken has prioritized mentoring those who seek career advice, creating a support network for Asians, and building a strong pipeline of potential Asian leaders. His platform has expanded as the leader of Activision Blizzard’s new Asian Pacific Islander(API) Employee Network. Earlier in his career, he co-led a similar diversity initiative at McKinsey &amp; Company (Asian American Alliance), and has been both a mentor and an alumnus of diversity programs, such as SEO. Simply put, Ken gives back.

Profiles in Diversity Journal Second Quarter Magazine 2021, 1st Asian Leaders Worth Watching, 3rd Annual Women Worth Watching in STEM, How To Make Equity Center Stage All the Time, Why and How Businesses Need to Embrace Neurodiversity, Where are they now? 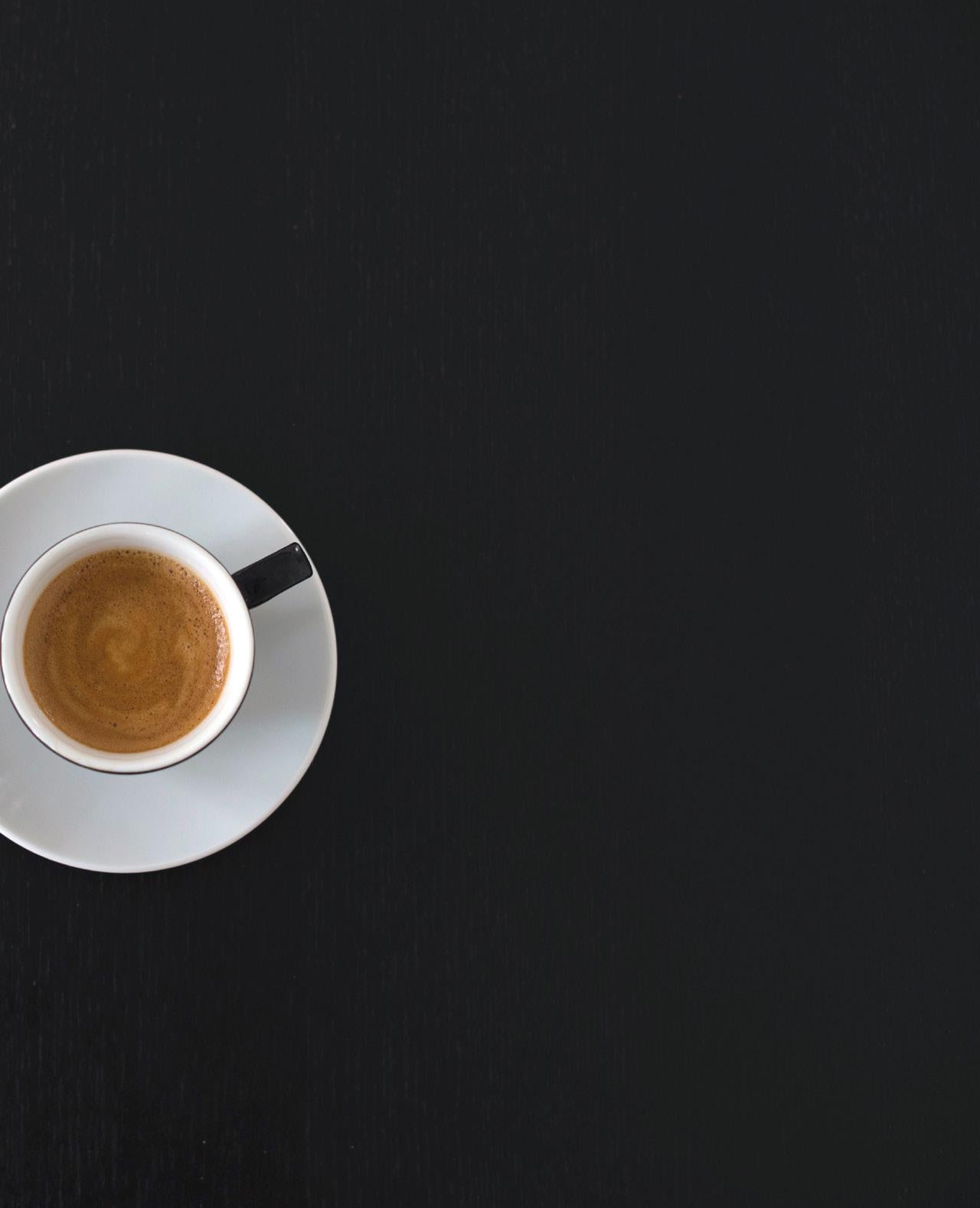 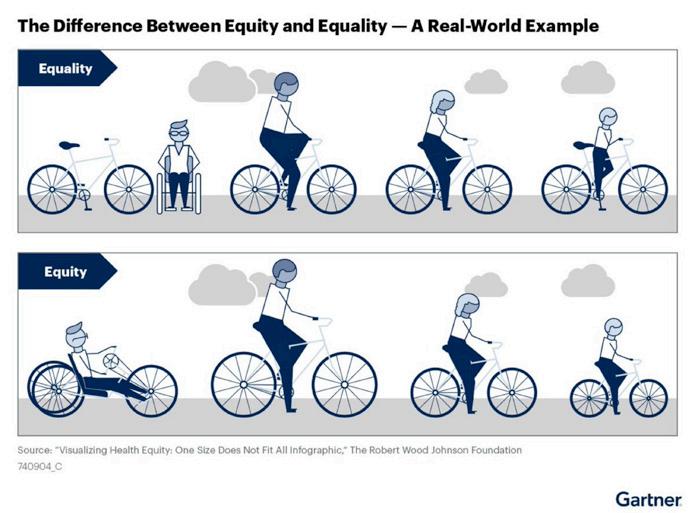