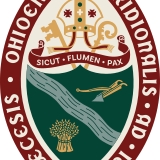 The Episcopal Church in Southern Ohio celebrates diversity, honors tradition and transforms hearts and lives. We strive to live by the example of Jesus Christ, welcoming the stranger and the outcast, helping our neighbors and offering forgiveness and love. We walk the "middle way" between Protestant and catholic traditions. The liturgy (the way we do church) and the sacraments (actions that we believe are visible signs of grace) are very important in the life of the Episcopal Church. The Episcopal Church has members in about 7,500 congregations in the United States, the Virgin Islands, Haiti, Europe and other areas in North America. In the Diocese of Southern Ohio, we are 73 congregations in 40 counties in the southern half of Ohio. We are part of the larger Anglican Communion, which has 70 million followers around the world.