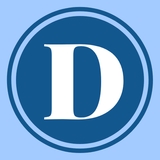 Diego Ibanez of California has been in the financial world for over thirty years. He has held down numerous high-level positions both within the United States and globally. As a proponent of increased fluidity between American and South American commercialism, Diego has been putting his abilities towards that goal ever since he began his education. He has both studied abroad and worked in foreign offices to help bridge the gap, using his multilingual skills wherever possible. Diego holds degrees from the University of California, Columbia University, and Indiana University, and is the recipient of numerous scholarships and accolades.