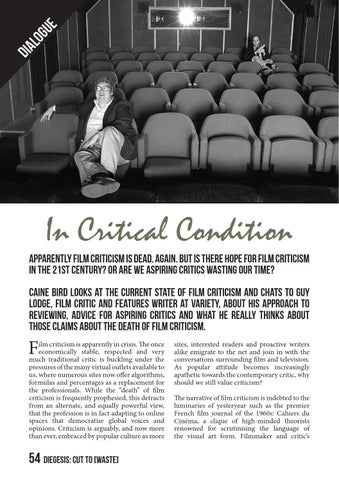 ilm criticism is apparently in crisis. The once economically stable, respected and very much traditional critic is buckling under the pressures of the many virtual outlets available to us, where numerous sites now offer algorithms, formulas and percentages as a replacement for the professionals. While the “death” of film criticism is frequently prophesied, this detracts from an alternate, and equally powerful view, that the profession is in fact adapting to online spaces that democratise global voices and opinions. Criticism is arguably, and now more than ever, embraced by popular culture as more

sites, interested readers and proactive writers alike emigrate to the net and join in with the conversations surrounding film and television. As popular attitude becomes increasingly apathetic towards the contemporary critic, why should we still value criticism? The narrative of film criticism is indebted to the luminaries of yesteryear such as the premier French film journal of the 1960s: Cahiers du Cinéma, a clique of high-minded theorists renowned for scrutinising the language of the visual art form. Filmmaker and critic’s 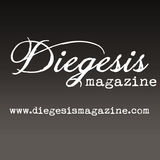