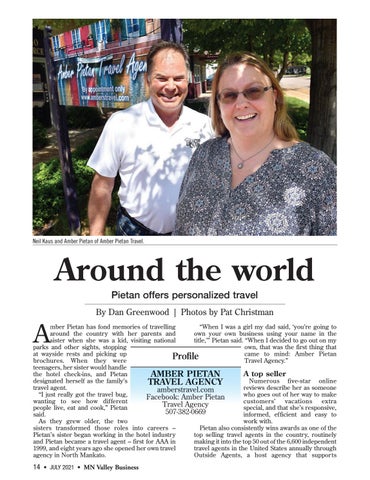 mber Pietan has fond memories of travelling “When I was a girl my dad said, ‘you’re going to around the country with her parents and own your own business using your name in the sister when she was a kid, visiting national title,’” Pietan said. “When I decided to go out on my parks and other sights, stopping own, that was the first thing that at wayside rests and picking up came to mind: Amber Pietan brochures. When they were Travel Agency.” teenagers, her sister would handle the hotel check-ins, and Pietan A top seller AMBER PIETAN designated herself as the family’s Numerous five-star online TRAVEL AGENCY travel agent. reviews describe her as someone amberstravel.com “I just really got the travel bug, who goes out of her way to make Facebook: Amber Pietan wanting to see how different customers’ vacations extra Travel Agency people live, eat and cook,” Pietan special, and that she’s responsive, 507-382-0669 said. informed, efficient and easy to As they grew older, the two work with. sisters transformed those roles into careers – Pietan also consistently wins awards as one of the Pietan’s sister began working in the hotel industry top selling travel agents in the country, routinely and Pietan became a travel agent – first for AAA in making it into the top 50 out of the 6,600 independent 1999, and eight years ago she opened her own travel travel agents in the United States annually through agency in North Mankato. Outside Agents, a host agency that supports 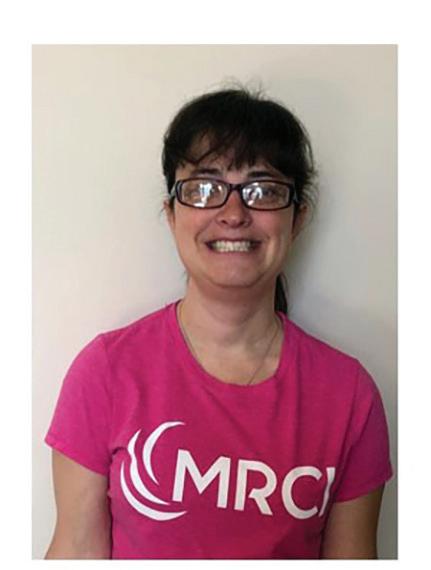