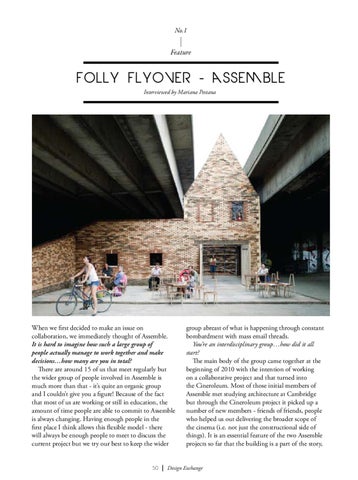 When we first decided to make an issue on collaboration, we immediately thought of Assemble. It is hard to imagine how such a large group of people actually manage to work together and make decisions…how many are you in total? There are around 15 of us that meet regularly but the wider group of people involved in Assemble is much more than that - it’s quite an organic group and I couldn’t give you a figure! Because of the fact that most of us are working or still in education, the amount of time people are able to commit to Assemble is always changing. Having enough people in the first place I think allows this flexible model - there will always be enough people to meet to discuss the current project but we try our best to keep the wider 50

group abreast of what is happening through constant bombardment with mass email threads. You’re an interdisciplinary group…how did it all start? The main body of the group came together at the beginning of 2010 with the intention of working on a collaborative project and that turned into the Cineroleum. Most of those initial members of Assemble met studying architecture at Cambridge but through the Cineroleum project it picked up a number of new members - friends of friends, people who helped us out delivering the broader scope of the cinema (i.e. not just the constructional side of things). It is an essential feature of the two Assemble projects so far that the building is a part of the story, 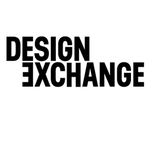 design exchange (de Magazine) is a unique publication bringing you the latest in innovation for designers. The magazine focuses on architect...

design exchange (de Magazine) is a unique publication bringing you the latest in innovation for designers. The magazine focuses on architect...