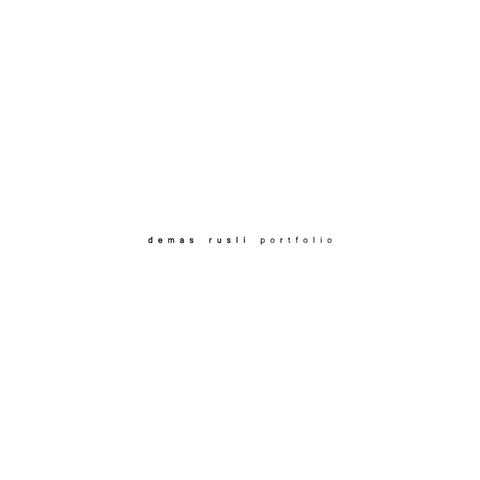 There were 17.2 million motor vehicles registered in Australia in 2013 (75% of the Australian population). This figure was an increase of 12.3% since 2008 and indicates today’s society’s dependence on motor vehicles. The Londonderry is an architectural proposal that juxtaposes a working car junk yard (The Northern Auto Wreckers) with a drive-in cinema and motel through the addition of a new landscape. This contrast of programs is not only a critical commentary on society’s use of cars, but is also a celebration of the life cycle of a car from beginning to end, showcasing the potential life and afterlife of an automobile. As one enters the site, they are first taken off the main road and into the car junk yard where they journey around the dismantled and destroyed cars. The circulation for this project is experienced on a single-laned road. Upon buying your tickets, you are led onto a ramp (which sits above the existing graffiti wall) and onto the new landscape/surface that is the drive-in cinema. This surface has penetrations that reference the layout of the existing car junk yard below and thus forms a strong connection between the old and the new. The cinema-goers are able to purchase food and drinks at the food trucks situated at the rear, next to the periscope projection tower. After watching the movie, a typical night at The Londonderry would consist of driving your car into a ‘garage’ motel room and staying the night. This linear motel sits on the perimeter of the site, giving each room a view of the forest that surrounds. The rooms are modular and consist of garage-style ceiling-hung storage racks for beds. One might also want to climb the staircase behind the screen onto the viewing platform to experience the expansive forest views of Londonderry. When it is time to exit, one is taken on another journey below the surface circulating around the wrecked cars again. 09

It began with turning to a random page in the local Sydney street directory. Without consulting Google Maps, I visited that random page (62km north-west of Sydney in a suburb named Londonderry) to try and find an intriguing site. Whilst approaching the area, I came across this 300m long graffiti wall. This wall intrigued me, I really wanted to know what was on the other side. Upon further exploration, I found out that this wall belonged to The Northern Auto Wreckers (a company that takes apart and refurbishes wrecked cars) and what was on the other side was their car storage junk yard. What was also odd was that these cars, even though they were wrecked and dismantled had been sorted and arranged in a very precise and orderly way (an ordered chaos). This initial intrigue inspired me to create a machine that could help break the visual barrier of the graffiti wall: the expanding periscope. This periscope is site-specific in that it is designed to be attached onto the wall. Recordings were made of what could be seen on the other side. From this machine, the project became all about vision and also about the celebration of the car, which led to the design of The Londonderry: Drive-In Cinema + Motel. 23

This timber boat shed is located in an isolated location at Lane Cove National Park beside the Lane Cove River. It houses a boat rental and a cafe for the public. In elevation, the shed resembles a traditional boat shed appearance with a series of gabled roofs. This simple idea of the traditional boat shed has been taken and manipulated in this boat shed design. The roof is a folded plate structure that alternates between plywood box panels and a glulam truss system that is finished with polycarbonate roof sheeting. The boat storage area spans 12 meters and has a height of 4 meters. The entire boat shed can be opened up, to allow for maximum cross ventilation, using a vertical bi-fold hydraulic door system.

This proposal for a contemporary art gallery in Kings Cross was developed by studying the surrouding urban conditions informed by a meticulous study of SANAAâ&amp;#x20AC;&amp;#x2122;s Small House. Using the strategy of â&amp;#x20AC;&amp;#x2DC;structure as circulationâ&amp;#x20AC;&amp;#x2122;, the gallery engages an existing car park, penetrating within it, forming a unified architecture which combines a new structure with the juxtaposed existing car park grid. The gallery program improves its surrounding context through the adaptive reuse of the mono-functioning car park and the isolated landscape above. Cores that allow for vertical activation of spaces aim to reinvent the art gallery typology, whilst mutually benefiting both new and existing structures. The building mass is adjusted to create a public space that links to the adjacent public park, Fitzroy Gardens and the El Alamein Memorial Fountain. 41

North Bondi is a beautiful suburb which consists of a cohesive community. This community can be broken down into individual components (the people, architecture, landmarks, etc.). The concept behind this mixed used development explores how each individual element of a community can be united to form one cohesive unit. A cube was initially used to symbolise the community as a whole. This cube was then broken apart, and exploded highlighting the individual components of the community. Although the interior of the building consists of many contrasting elements, the exterior is entirely white in colour so that the building reads as one. All the apartments interlock with one another.

“In contemporary architecutre, the pervasice forms of architectural representations, whether drawings, renders or photography of completed projects, largely serve to diminish the role of the user to creatively occupy architecture, and transform space and meaning.” This situation is especially apparent in urban developments where the user’s actions and the conventions of activity are seemingly prescribed by the designer, “rendering the occupant of the architecture passive”. Our intervention is sequenced in three acts.

Act 1: The lack of the occupation of space as a creative act of producing architecture is exemplified by the urban furniture in Pitt St. Mall, where the design, arrangement and materiality, appear to determine a limited use. The floor plane is for walking on and the elevated wooden plane is for sitting on. Through the first act, we as performers sought to explore alternative methods of engaging with these elements. Surprisingly, our unconventional inhabitation of the furniture barely raised an eyebrow. This led us to our intervention.

Act 2: We sought to trigger fundamental changes in perception through minimal disruption. We deconstructed and displaced the components of furniture throughout the mall. The ambiguity of this new landscape forms the stage for Act 2, where the occupants become the performers and are challenged to actively interpret new functions in these dislocated elements and to occupy this space in a new manner in order to reassert the notion that architecture is not only inclusive of space and material, but also people, objects and events. Will they be more encouraged to sit on the floor, or stand on the seats? As set designers, we have refraned from graphically suggesting any specific mode of occupation of the landscape.

Act 3: In the third and final act, the meaning of these elements are again augmented. Sections of the new landscape are demarcated as artworks that ‘cannot’ be touched. This final act prompts the users to question the role of the art: either it is a decorative object in space, or an active agent in producing space. Both views are embodied in this act. Will users continue engaging with or disengage with these objects? This will depend on their interpretation of art. An ordinary Hyde Park bench is placed next to each of these bounded ‘art spaces’ to further question the role of urban art as architecture, and the role of the user in producing architecture.

During January 2014, I participated in the Construction Professionals in Nepal volunteering program organised by Architects Without Frontiers and Aussie Action Abroad. This program gave me the opportunity to travel to Nepal, experience world heritage Nepali architecture, and most importantly interact with and contribute to the local community through a community development project. The team I was assigned to travelled to a remote village named Dungai where we assisted in the construction of a toilet facility for a kindergarten. Being immersed in and engaging with such a different culture and lifestyle really opened my eyes to the struggles and difficulties that people face around the world. This was truly an unforgettable experience and I cannot wait to return to Nepal again one day.

The emphasis of this workshop was to produce a theory of reprogramming for future modes of inhabitation based on new collective, aesthetic and political forms that depart from contemporary obsolete models. Under the tag of â&amp;#x20AC;&amp;#x153;social condensersâ&amp;#x20AC;? an urban strategy and an architectural prototype was envisioned with its central focus within Porto Marghera - but always within a global context in mind. Under the guidance of Eva Franch I Gilabert (the director of the Storefront for Art and Architecture and the head of OfficeUS), during this three-week intensive workshop, our group developed Protamination, which is the inhabitation of the lands of change in Porto Marghera. These series of pavilions act either to mediate or exacerbate their site differential. 71

A believeable but bizarre reality was revealed through perceived truths that were discovered when exploring Cockatoo Island. Unobtainable truths is a series of installations that challenge peopleâ&amp;#x20AC;&amp;#x2122;s perceptions of what they know to be true. They reveal the untruths of the island. Visitors of the island come with preconceptions of what they already know, but the island brings about an alternate understanding of this. After we noticed this, we couldnâ&amp;#x20AC;&amp;#x2122;t really trust the island anymore. Some of these discoveries were the distortions of known perceptions through scale, time, direction and depth. The island is trying to teach us a new way to see. These ideas were initially documented through photography and devised drawings. 73

Parramatta embodies a rich blend of history, culture and potential. Much of this, however, is lost to its formless urban space. To become Sydney’s ‘New CBD’, its confused urban identity must be sculpted to clearly acknowledge history, celebrate culture and grow cohesively. At the heart of this groth must be a civic space that is confident in its form and considerate in its scale. It can learn from the successful propostion and formality of Rome’s Piazza Navona, but must be mindful of the need for healthy solar access and spatial definition, not explicit in Sydney’s Martin Place.

Designed for philosopher, abstract artist, and musician Adrian McDonald, this house is located on the south-west region of Centennial Parklands. The house was designed behind the underlying principles of organic architecture and phenomenology with the major concept being symbiosis: an interdependent and mutually beneficial relationship between two elements. The design consists of two spiral elements, the client&#96;s house and his studio, which are connected by a ramp. The two elements represent an equal and opposite towards the other: the studio being heavy and grounded while the house is lightweight and elevated, thus creating balance and intensifies the human senses through its circulation. Another focus of the design is to create a sustainable solution through passive solar design principles. 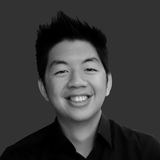