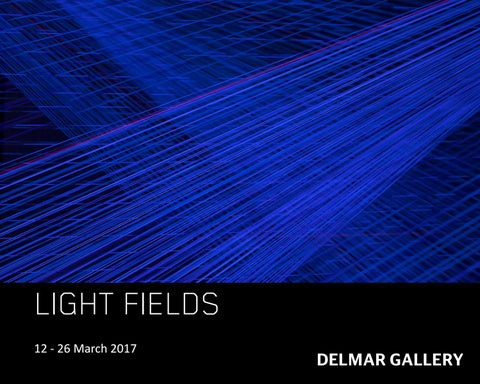 JADE SIBINOVSKI Formally considered compositions and the exploration of colour have always guided Sibinovskiâ&#x20AC;&#x2122;s work. With a background in graphic design, her collages are an ongoing challenge to find the right balance between refinement and spontaneity, between order and chaos: making the non-visible visible.

CIARAN BEGLEY Explores balance and transformation. His installations employ complex counterbalancing mechanisms to create malleable, interactive forms that invite playful public participation. This workâ&#x20AC;&#x2122;s lightness of movement is achieved through counterbalance. The weight of each symmetrical part has an equal and opposite weight in the other work. This creates equilibrium so the viewer can move any part of the mechanism with minimal effort. The work was designed using paper as a calculator. The geometry and design of the work began with abstract origami and was translated to wood with the help of computer animation. Begley then used model making to establish both the physics of the plywood and steel hinges as well as the gravitational concerns which led to the twinned counterbalanced installation you see. Begleyâ&#x20AC;&#x2122;s practice poses questions about creative will and individual expression. By actively investigating and rearranging the plywood, each successive viewer becomes a protagonist in the installation, tracing previous movements and informing future ones, transforming the work with their own process of play and discovery.

MICHAEL PETCHKOVSKY Deals with the immersive interface between display technologies of contemporary electronic media, and human experience, our cultural and personal and physical places in the world. The two works exhibited were produced as creative components of the research project of a Masters of Fine Art at Sydney College of the Arts between 2013 and 2016. The project had a focus on signals and energies as they enfold with the material world and on poetic representations of dynamic states of mind as they manifest in our creative output. Willy-Willy refers to the whirlwind of thoughts and emotions that compose the content of the digital and analogue signals transmitted along wires in this electronic age. Harking back to the childhood memory of a toy bird, the piece traverses the developmental history of the electronic arts, repurposing and interfacing vintage music synthesiser and cathode ray tube equipment to animate the symbol. Forest, Fracture occurs in a game engine environment, the lines of software code and geometric details of this environment are overlaid on a three dimensional reconstruction of a real life forest scene. The forest itself an artificial place, a pine plantation near Mittagong, the audience is invited to consider the constructs within which we live and our exerted influence on our environments as the piece responds to ambient sound levels in the room.

ALICE SCIBERRAS In Sciberrasâ&#x20AC;&#x2122; Worlds body of work, she looks to gain a greater understanding of cognitive power, exploring states of delusion and uncertainty. She deconstructs what is internalised, such as various kinds of anxiety, by implanting interpretations of its physical form into the external environment. Playing on this idea of physical and non-physical, she photographed hand crafted dioramas of these altered realities.

SEAN Oâ&#x20AC;&#x2122;CONNELL Explores the energetic qualities of matter and form, reaching beneath the outer edges of things and engaging with the dense solidity of the world. Using high voltage electricity adjusted in frequency and power, objects are vibrated to reveal electrical resonances within, with images being formed directly over photographic film. The motivations behind this process slide between a scientific desire to rationally observe, and an occult desire to explode possibilities and draw metaphoric connections. In memory fields, a range of objects related to Oâ&#x20AC;&#x2122;Connellâ&#x20AC;&#x2122;s deceased grandparents are examined, tangling the past and its emotions with a rich variety of material and form. A combination of light and energy, memory and thought, all come together to weave new understanding into the complex relations of family and place.

MEGAN MOSHOLDER Through the creation of three-dimensional drawings often enhanced by light, Mosholder emphasises obscured elements within recognizable objects and correlates the symbolic with lived experience. Her work begins with the search for potential install locations but also in the studio, where she builds two-dimensional artworks that inform her sculptural practice. Each composition is comprised of lines expanding and contracting in situ to encourage the appreciation of specific spaces for what they are while also examining their hidden meanings. The completed piece is a multi-sensory experience intended to engulf the visual senses and reawaken the simple intrigue of looking.

"LIGHT FIELDS" brings together recent graduate works from National Art School and Sydney College of the Arts, and new work by the current In...

"LIGHT FIELDS" brings together recent graduate works from National Art School and Sydney College of the Arts, and new work by the current In...