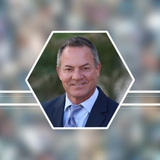 Darcy Bergen is a Canadian native and the son of missionaries. Bergen spent his childhood in New Zealand and Malaysia before returning to Canada for high school and college. In high school, he was a standout wrestler, serving as team captain and winning three provincial championships. Bergen began working in the insurance industry in his early twenties. He relocated to Phoenix in 2000 and began working in the financial planning industry in 2003. Bergen was a six-time top-20 sales advisor in Midland National's life annuity division between 2013 and 2018. Bergen became a fiduciary in 2015. (exam 65). In addition, he is a Certified Retirement Financial Advisor.