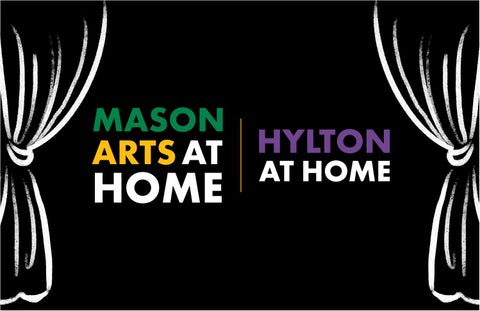 MASON ARTS AT HOME AND HYLTON AT HOME present

Natalie MacMaster and Donnell Leahy A Celtic Family Christmas Sunday, December 13, 2020 at 7 p.m. Program will be announced during the performance.

WELCOME TO OUR HOME!!

ABOUT NATALIE AND DONNELL AND FAMILY

I’m Natalie MacMaster and, together with my husband Donnell Leahy and our seven children, we will be celebrating Christmas virtually this year!! For decades, we have toured extensively at Christmas, but this year marks our most unique one, taking the stage to our home! We will spend just over an hour sharing with you much of our music and culture, Christmas traditions, and general real-life family dynamic in the comfort of our own home!! We are quite excited to play our music for you (which includes the children for many of the tunes), do some dancing, some singing, some baking, talk about Christmas memories past, and even have our band join us for a couple of virtual performances! Given our children’s ages and personalities, there will be many candid moments along the way. I’ve heard it said that every disadvantage creates an opportunity. Well, we have embraced this chance to perform for a crowd in such a unique way and are eagerly awaiting the moment you all show up at our front door, ready to welcome you home!

A Beguiling True-Life Tale of Natalie MaMaster and Donnell Leahy, Canada’s Reigning Couple of Celtic Music When two of the planet’s very best fiddle players married in 2002, the proverbial mantelpiece was instantly crammed with JUNO and East Coast Music Awards. Though MacMaster and Leahy followed different trajectories – she a Cape Breton native who could step-dance before she could walk; he the oldest brother of the acclaimed family group Leahy – both had assuredly crested the traditional music peak. Their first recorded collaboration, 2015’s Bob Ezrin-produced album One, which was followed by 2016’s A Celtic Family Christmas (which cemented the couple’s status as powerhouses on the seasonal circuit), confirmed MacMaster and Leahy were as dynamic working together as they were apart. It’s no small feat when your combined album sales exceed one million; when past collaborators include classical cellist Yo-YoMa, bluegrass star Alison Krauss, and banjo ace Béla Fleck; and when your ecstatic fan base (which boasts Shania Twain and The Chieftains) stretches from Sydney, Nova Scotia, to Sydney, Australia.

“The fiddle was definitely common ground for us when we first got together,” MacMaster, a Member of the Order of Canada since 2006, recalls with a chuckle. “But I was so in awe of Donnell’s family, of 11 siblings who could play and had a family band. And here I am now, doing almost exactly the same thing. Well, kind of.” The pair realized early on that being on the road without their kids was infinitely harder than touring with them. That the children were already being homeschooled (MacMaster has a teaching degree) made enacting that decision easier. “Initially, we were reluctant to let the kids perform. We worried the expectations might be too much,” Leahy says. “But then one night we put Mary Frances on stage. Soon after that, Michael wanted to play. And you must reward practice. “When I was a kid, I played the fiddle for my parents and my brothers and sisters. But you need to get into the game at some point. For me, the game was playing house parties. Our kids are practicing, and when they come out on stage and do their little number, it’s their reward. They feel like a part of the tour and that provides amazing gratification.” For more information about Natalie and Donnell and their family – and even some of the family’s favorite recipes! – please visit www.natalieanddonnell.com

Support the Hylton Center for just $25! 2020 marks 10 years since the Hylton Center first opened its doors to serve as a creative commons for the vibrant and culturally rich community of Greater Prince William County, Virginia. This year also marks the completion of the Hylton Center’s new Education and Rehearsal Wing. We’re celebrating both milestones with a special 2020 Hylton Center commemorative ornament. Celebrate your favorite Hylton Center memory with this exclusive anniversary edition by adding to an existing collection or buying the perfect gift for the arts lover in your life. Your purchase of a 2020 ornament ($25) supports the Hylton Center’s Education Initiatives, which expands access to programs for learners of all ages.

in PerSon attendance returnS in the SPrinG!

Peter and the WolF GiSelle and More MAY 14-16

In today's climate of one-page financial plans, bargain-basement fund pricing and automated investment management tools, you may wonder whether you still need much advice from a living, breathing financial advisor.

You do. But with a twist. If the "advice" you've gotten so far has been all about how to make a killing on hot buy/sell recommendations, you are correct-you don't need that. You never did. Instead, you need good advice. Good Advice is:

Alliant is a FIDUCIARY and FEE-ONLY Financial Advisor

From the opening curtain to the final bow,

NOVEC IS PROUD TO POWER EVERY PERFORMANCE.

2020--2021 SPONSORS THE HYLTON PERFORMING ARTS CENTER WISHES TO THANK THE FOLLOWING CORPORATIONS, ORGANIZATIONS, AND FOUNDATIONS FOR THEIR GENEROUS SUPPORT OF THIS SEASON. $25,000+

NO DISPATCH OR DIAGNOSTIC FEES! Need a water heater flush, plumbing inspection, leak detection, or toilet repair? We’ll send a plumber to your home absolutely free! For nearly 40 years, we’ve provided our customers with quality plumbing, HVAC and, electrical repairs, upgrades, and replacements, making their homes safer and more comfortable! When you need quality workmanship and safe, reliable service, call on our expert technicians to improve your home comfort!

CVPA Faculty/Staff Board Members Appointed by the Dean

FRIENDS OF MUSIC AT MASON BOARD

FRIENDS OF THEATER AT MASON BOARD

FILM AT MASON ADVISORY BOARD

The College of Visual and Performing Arts expresses its sincerest gratitude to the following donors who made generous gifts in support of our programs and students as of September 1, 2020

STEINWAY — THE NEXT STAGE FOR MASON

Our thanks to those who have contributed to our campaign to purchase 23 new Steinway grand pianos for the new Music/Theater Building. For information on the Steinway campaign and how you can play your part, please contact Cody Clarke at 703-993-4749 or cclark17@gmu.edu.

Our thanks to members of the Friends of the Center for the Arts who have joined at the Grand Tier Society level with an annual gift of $1,000+. Grand Tier Society members play a visionary and leadership role in ensuring that the season of Great Performances at Mason continues to remain vibrant and affordable today and for future generations. For more information about the Grand Tier Society, contact 703-993-8641 or fcfa@gmu.edu.

The Center for the Arts thanks the following corporate sponsor:

We greatly appreciate our supporters at all levels and strive to ensure that all are acknowledged correctly. For corrections, please contact Jacqueline Connor (703) 993-7150 or jconnor8@gmu.edu. 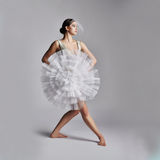 College of Visual and Performing Arts