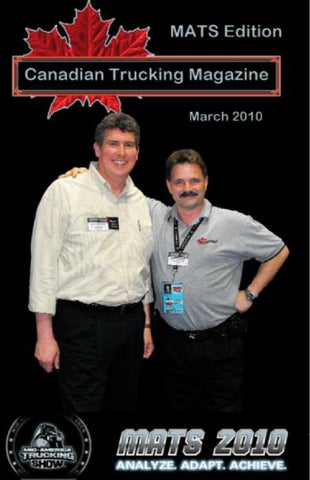 Two reasons to attend MATS this year,,,, Kelly Anderson and it was a Great show! I again had the pleasure to see Kelly in action as a presenter. I would say Kelly drew the biggest crowd of any presenter at the event. When they ran out of chairs, people sat in the aisles. Without a dought one of the industries most knowledgeable assets. I had the pleasure of attending this great show for five days,,, yes you heard me correctly 5 days. As media for the first days before MATS was open to the public the exhibitors took the time to have media conferences to present was new and exciting for this show and the future. In this magazine dedicated to my attendance at the show, this writer will attempt to cover an overview of these functions I attended as well as the show itself. I can tell you there are many things missing here in this edition that I would have loved to have here for you. MATS is truly exciting and a hard show to cover for one person. Next year I will be sure to bring a crew with me so we

Dave brings to CTM 36 years of valuable experience in transportation, management, business and compliance. Dave has driven in every condition across North america and overseas as military, police, company driver to owner operator. Now Publisher Editor of Canadian Trucking Magazine, the one you pick up, read and keep. can split up and take more pictures and more interviews. Although I did enjoy a very great show of trucks, my camera failed and I only have the grand winners to present. As well i tried to take pictures of every interesting booth possible, but believe me we would need a 200 page magazine. Next year we will try to get every one and place about 8 on the page for you to peruse. More than this I encourage every person interested in transportation to talk the opportunity one year and visit MATS. Bring with you a good pair of walking shoes and a pack sack as there are plenty of give aways. Make sure you arrive early and stay late and attend every day, or you will miss a load of great displays and information. Please enjoy this special edition dedicated to MATS and look forward to seeing each one of my readers in the future. When you see me, stop say hi, and give your opinion of CTM good or constructive. Happy Trails, Dave

Press Release MATS Highlights by Dave For those of you perusing that may not magnify the Press Release on the opposite page,here is a brief summary of what Toby had to say. First of all hats off to Toby and his MATS Team for a really great show. â&amp;#x20AC;&amp;#x153;Weathering the economic storm of 2009, all eyes were focused on Louisville for the 39th edition of the trucking industry&#39;s most heralded event. MATS 2010 launched with an impressive 965 exhibiting companies representing 45 states and 12 foreign countries, encompassing more than 1 million square feet of exhibits and events. 70,647 trucking professionals from all 50 states and 59 foreign countries, made the trip to Louisville for the most anticipated three days in

trucking. A tangible sense of excitement and enthusiasm spread among attendees and exhibitors, permeating the show floor and signaling a resurgence in the spirit of the heavy-duty trucking industry and a return to economic stability. By the close of the show, it was obvious why MATS stands alone as the chosen destination to showcase products and services to the heavy-duty trucking industry and why attendees feel that MATS is the must-see event of the year.â&amp;#x20AC;? said Toby Young, President of EMA. In this digital magazine you will find just a sampling of the show with spotlights on the Hero of the Show, Speaker of the Show, Product of the Show, all of course my opinion. To properly cover this show my magazine would be 1000 pages.

Hero’s By Dave MacKENZIE Hero’s what does that saying mean to you? John Wayne, John McCain, your school teacher, minister, boy scout leader, hockey coach, police, fire or rescue worker. So many names and titles for the Hero’s in our lives. The Angles God places on earth for us for a while to look up to and live up to. There is a little hero in each one of us in very many special ways. The first few pages of this MATS Edition is going to be dedicated to some of the heros I ran into at MATS. I can reconize a heroic act when I see one. Many of you that have read my magazine know me and my backgrounds. I have been with the Military and Law Enforcement working in and out of Uniform. I have every first responder course available and trained up to paramedic. I carry this tool box and use it when ever God places me in the position to do so which sometimes seems every week. This I am thankful for, cause to many times I am the only one trained and willing to take control of the situation till our Hero’s in uniform arrive. Not the case this week of MATS! A gentleman of age went into a very life threatening event at MATS. Of course I was right there when this occurred. But also was another Great person that was placed there for this event. I was able to stand by this time as a spectator to witness Tim Minard of Georgetown KY step up to the plate and work very very hard to save this strangers life. I

watched with my experienced eyes ready to assist if required but experienced enough to know not to interfere with Tim knowing all the right moves. When our Hero’s in uniform arrived, Tim simply walked back to his display to carry on with MATS. His thanks and rewards are to come from a much greater power. But for this world Tim must be recognize in CTM as MATS Hero of the show. Tim Minard is an example to all of us to what we should do when we see someone in trouble. Tim saved this mans life. Calling 911 is first, and what you can do for aid or comfort while waiting for help is important. If you don’t have a first aid course, take one. The life you save, may be your own. You are never to old or young to learn first aid. The following next four (4) pages will also be dedicated to Hero’s. The ones that dedicate thier time to important causes such as being Trucker Buddies. As well you will see the booths of the World’s largest Convoy and Torch Run. All in my eyes Hero’s out there dedicating thier time for others to have a better life. I see many people out there chasing the mighty buck and not looking after anything or anyone that does not profit them. What they earn is material things that can be removed faster than they came in recessions like we have gone through or death. A hero carries what they have accomplished with warmth, pride and humblie for eternity.

Speakers At MATS by Dave MacKENZIE Speakers at MATS, is make or break the product or message. Some can put you to sleep where others you can never get enough of. Such is of course our good friend of the industry Kelly Anderson who packed them in such volume that all there was is standing room and sitting on the floor. Kelly from Impact Transportation Solutions charmed the crowd and took questions from his energized crowd. However, no slight to the great speakers there, my favorite on the next page has to be John Walsh from Mack. After spending morning to night attending some conferences that gave this writer a chance to nap, John woke me up and had me sitting up with both ears open. John is a very dynamic speaker with a strong belief in Mack which is only second to his strong love for America. These two came out strong in his words, eyes, actions and theme his so masterfully put across to his audience this day. I could of certainly listened to John for hours.

Made me want to run out and buy a Mack. But what it made me do, was put my hands together after his speech, which covering as media I seldom do to show I am impartial. In the following pages are shots of speakers that too were great to listen to and provided industry valued information. Mike Pennington who is an excellent showman but also very dedicated to this industry spending extra time with Trucker Buddy as a board member. At the end of the glimps of these fine speakers I will highlight some of the important messages they all delivered. Importantly every speaker spoke of us finally comeing out of this slump.Some thought this might be sooner, some cautious later. But, Key is that we are climbing now and not sinking any further down. This may not be a bounce back ike we have seen in other slumps through the years, but Iâ&amp;#x20AC;&amp;#x2122;ll take it.

New &amp; Exciting Products by Dave MacKENZIE To highlight every new and exciting product rolled out at this show would once again take thousands of pages. So since this is my magazine I will showcase the ones that caught my attention the most. Rand McNally with thier new navigation system is top on my list. In fact New Product of the show. My reason for this is, this product is for everyone. Be in transport or casual driver the Rand McNALLY navigation system will safely guide you to your destination. Built for the transport industry with thier strong background in mapping, this unit will honour truck routes and DG routes. As part of its goal to provide the most innovative routing and navigation products for professional drivers, Rand McNally launched the IntelliRoute® TND™ 700, a new truck GPS device with a 7-inch state-ofthe-art high-definition screen, and enhanced soft-

ENTERTAINMENT No my good Friend Willie was not playing MATS but I wish he was! But I did go out to Texas Roadhouse for a good steak and to listen to him. I did however get to visit with the Roys who were signing CDâ&amp;#x20AC;&amp;#x2122;s and speaking with thier listening public. They would be great for the Convoy? Thursday night I spent time talking with and listening to the Grascals. Now that is great entertainment. How many people Herd my name being called? I dropped my card into the prize draw that night and had to carry on as MATS is to big to stay in one place to long if you are going to see the entire show. You guessed ait my name was called for the $100 hundred dollars US.Just like me to be at the train station when my

ship comes in. Other entertainment was loads of Gals signing autographs, contests and NASCAR vehicles. The top draws were the Western Star &amp; HERD Beauty and the Beast Booth, Hooter Girls, Wolf Winder Gal and the Arrow Ball toss. Mack had a draw 3 times a day with great prizes that you had to be there to win. The crowd packed the booth at every drawing. The slag was great with loads of bags with logos, pens and amazing trinkets. There were many other great contests and draws with amazing displays, but in the 5 short days I was there I just could not take them all in. Next year more pictures and a larger digital magazine! 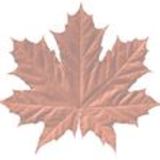